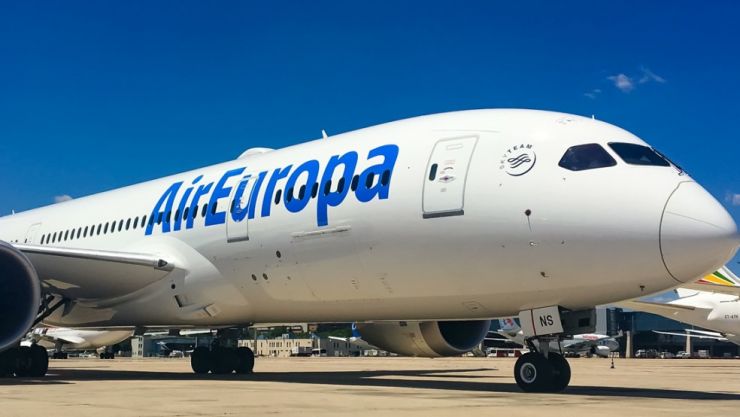 Under the terms of the Amendment Agreement, the parties have agreed that the amount to be paid by Iberia for Air Europa will be reduced from an equity value of €1 billion to €500 million with payment deferred until the sixth anniversary of the Acquisition’s completion.

The revised terms in the Amendment Agreement are conditional on the satisfactory negotiation betweenIberia and Sociedad Estatal de Participaciones Industriales (“SEPI”) regarding the non-financial terms associated with the financial support provided by SEPI to Air Europa during 2020. Iberia intends to begin discussions with SEPI shortly concerning these conditions.

Assuming satisfaction of all conditions of the Amendment Agreement and the Acquisition, completion is expected to take place in the second half of 2021. The Acquisition is still subject to approval by the European Commission.

Strategic Rationale and Financial Impact The Board of IAG continues to believe that the Acquisition remains strategically important for the future of IAG and Iberia and positions the Group to benefit from growth opportunities as the industry emerges
from the unprecedented impact of the COVID-19 crisis. The benefits of the Acquisition include:

IAG continues to expect the Acquisition to generate significant cost and revenue synergies, with full run-rate synergies similar to those originally envisaged and now expected by 2026. The Acquisition is expected to be earnings accretive in the first full year following completion, deliver considerable value to the Group through synergy generation prior to the payment of the consideration on the sixth anniversary of completion, and generate returns on invested capital in line with those historically
achieved by IAG by then.

Assuming completion in the second half of 2021, IAG will be taking on Air Europa at a time when air travel recovery could be meaningful as the rollout of COVID-19 vaccines proceeds worldwide. Net cash outflow to IAG of this transaction is expected to be minimal in 2021 and net cash flows are expected to be positive until at least the repayment of the loan from SEPI in 2026 when merger synergies are expected to be at their full run-rate.

Luis Gallego, IAG’s chief executive, said:
“Both Iberia and IAG are demonstrating their resilience to face the deepest crisis in aviation’s history. Being part of a large group is the best guarantee to overcome current market challenges which will also benefit Air Europa once the transaction is completed. I am pleased that we have reached agreement with Globalia to defer payment until well into the expected recovery in air travel following the end of the pandemic and when we expect to be realising significant synergies resulting from the transaction.”

Javier Hidalgo, Globalia’s chief executive, said:
“This transaction is a great effort by all of us and is the best way to recover tourism, transport in Spain and the Madrid hub.”

The Acquisition constitutes a Class 2 transaction for the purposes of the UK Financial Conduct Authority’s Listing Rules and, as such, does not require IAG’s shareholders’ approval.

The gross assets of Air Europa at 31 December 2019 were €967 million. Revenue of €2.1 billion, operating profit of €71 million and pre-tax profit of €42 million were attributable to Air Europa for the year ended 31 December 2019. These figures are based on Spanish GAAP. Air Europa carried 13.1 million passengers in 2019. Passenger volume declined by approximately 70 per cent in 2020. Air Europa currently has an operating fleet of 52 aircraft compared to 68 at the end of 2019. All aircraft except one are on operating lease. IAG estimates the IFRS 16 lease liabilities of Air Europa to be c.€1.6 billion as of the end of 2020.