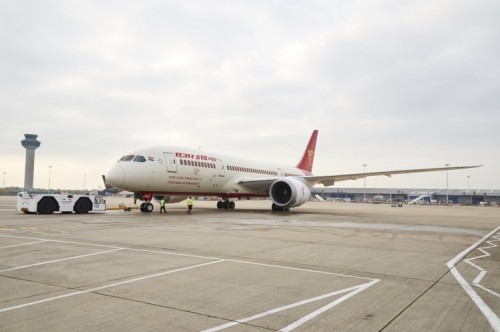 “We are truly honored to be the first airport in the United States to offer nonstop flights to Bangalore,” said Airport Director Ivar C. Satero. “This service links two great centers of technology and innovation and strengthens the cherished sister city relationship between San Francisco and Bangalore. We thank Air India for their strong commitment to San Francisco since 2015, and for this latest service.”

“To cater to the growing demand of passengers, Air India is spreading its wings further in the United States with the launch of its first-ever nonstop services between the two IT hubs, San Francisco and Bengaluru,” said Air India Commercial Director Meenakshi Mallik. “This will be a gateway providing connectivity to other points in South India. The nonstop flights will support Air India’s mission of providing faster and convenient carriage of passengers to destinations in the hinterland.”

In 2009, the City of San Francisco established a sister city relationship with Bangalore, the capital of the Indian state of Karnataka, as well the country’s fifth-largest city. Known as “the Silicon Valley of India”, Bangalore accounts for more than 35% of India’s software exports. Both the San Francisco-based French American International School, in partnership with the Indus International School of Bangalore, have begun a cooperative education effort through both student and faculty exchange programs, as well as many other joint initiatives.

Air India is the national flag carrier of India, serving 57 domestic destinations within India and 45 international destinations in 31 countries across five continents. The airline is a member of Star Alliance, the world’s largest global airline alliance, comprised of 26 international airlines serving 195 countries and 1,290 airports around the world.