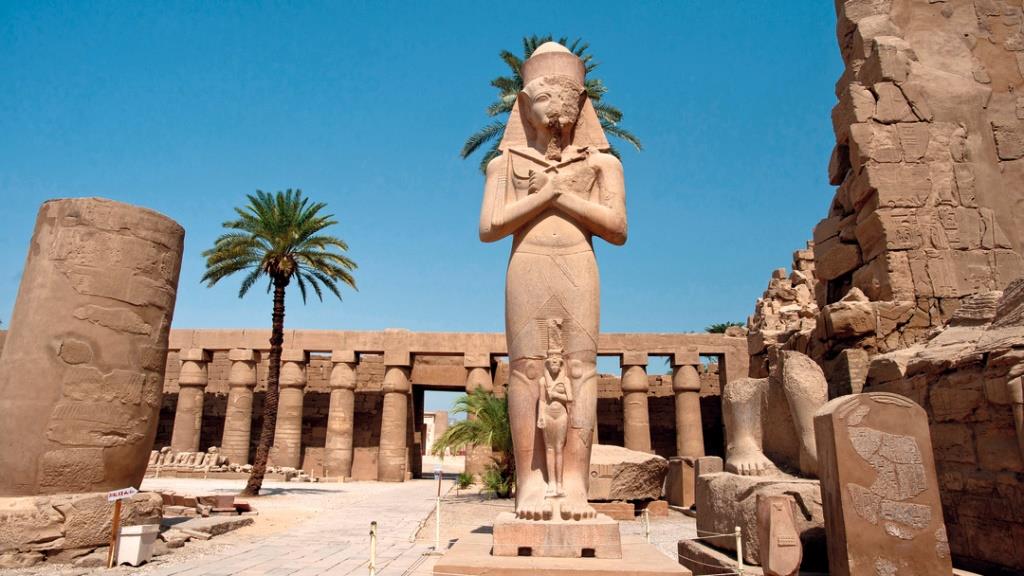 There are a lot of top ten lists online but this one list can’t be missed. In it, every reader will understand why Egypt is on the bucket list of every traveler. Through the history of mankind, Egypt has been in the center of defining the principles of art, science, religion and everlasting beauty. There are a series of wonders located all over Egypt that showcases the importance and allure of this incredible civilization. Across 4500 years a collection of great constructions rose from the imagination of the ancient Egyptians who in a way shaped the history of humanity and set everything on the path of innovation. In Egypt is a collection of incredible structure that tells a great deal of history and awaken the curious spirit of travelers from all over the world and through this article you will know the top hidden attractions to visit during your Egypt tours and to enjoy a completely holiday in Egypt, so keep reading.

The great pyramids complex were built in the old Kingdom (2686 -2181 BC) as a royal necropolis and a stairway to the heavens. It consists of the Three Great Pyramids of Giza which are dedicated to the pharaohs Khufu, Khafre and Mankaure, the sole guardian of Egypt the sphinx and the center of the mummification process the valley temple. the Great Pyramid of Khufu is the most recognized, famous for being the tallest man-made pyramid ever built at the 146.5 m tall, in only 20 years more than 3.800 years plus it is the only intact and remaining wonder out of the Seven Wonders of the Ancient World. The pyramid of khafre (2558-2532 BC)  is the second pyramid who is famous for constructing the sphinx, the world’s biggest and oldest statue on the plant after his own image, then finally comes the smallest one, the pyramid of Menkaure which built-in 2510 BC. Not that far away is the valley temple where the mummification process was performed on the bodies of the royals.

The Karnak temple complex is an archaeological haven of immortal wonders known for being one of the biggest open-air museums in the world. It was known as Iprt-isu which means “ the most selected places” as it was the biggest house of worship in ancient Egypt to the holy Theban triad of Amun, Maat, and Khonsu. Many ancient Egyptians even pharaohs believed that the Karnak was the contact point between the deities and man. The temple construction began in the Middle Kingdom (1975 BC – 1640 BC) till the Ptolemaic period (332 – 30 BC) between 2055 BC to 100 AD on the east bank of the Nile River in the city of Luxor. It holds a huge number of chapels, pylons and many decayed temples. The Karnak consist of famous avenues of sphinxes, towering columns, huge pillars, and a massive obelisk that stands 97 feet high.

The temple of Abu Simbel is a true wonder like any other on earth, built by Ramsess the great (1279 – 1213 BC) in the new kingdom during the 13th century BC on the nile’s west bank in Aswan to immortalize the heritage and his name of Ramsess. The temple was literarily carved into the mountainside to create two temples the big one was for Ramses which recorded the details of his victory at the battle of Kadesh. Abu Simbel is also the place where the sun festival takes place on the 22 of both February and October when the sun rays enter the temple’s darkest chamber and shines on the statues of the four seated gods Amon, Re-hor-Akhtynas, Ptah, and Ramses himself. The smaller temple is dedicated to his beloved wife Nefertari. The temple was under rescue mission held by UNESCO in 1968 when the Nile flood almost submerged both Abu Simbel and Philae temple due to the Aswan High Dam so both were moved to a different location. 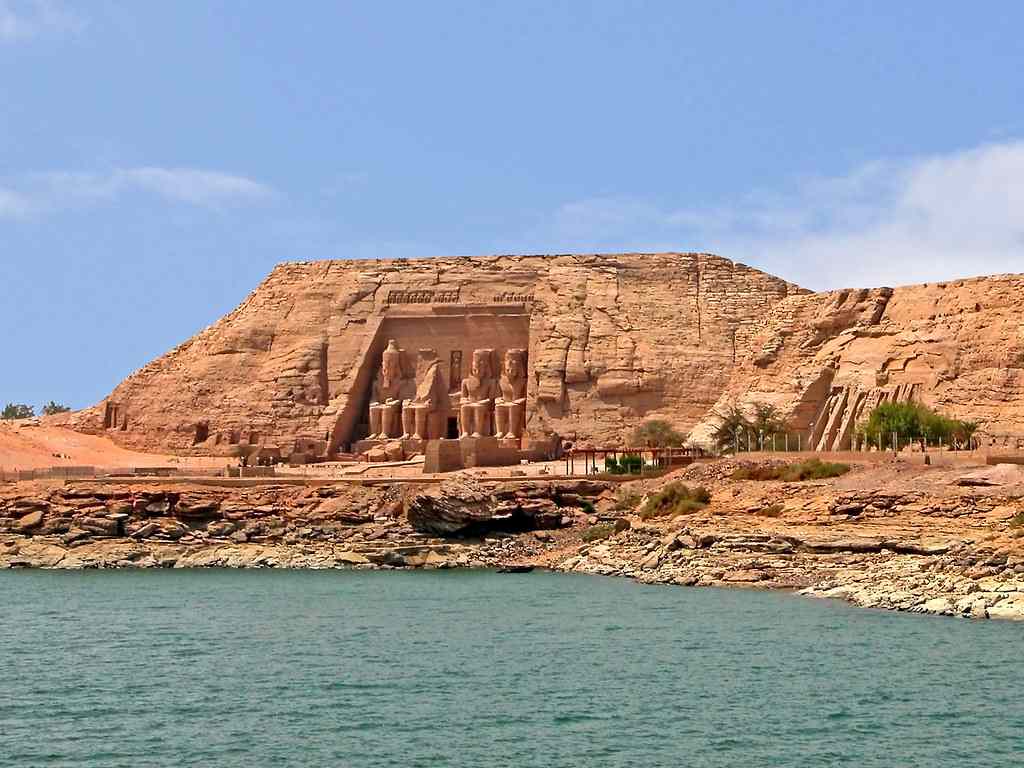 The Philae temple is known to be the house of tales and the official temple of the goddess of motherhood Isis. It was constructed in the Ptolemaic Period between 237 and 57 BC as one of the last original ancient Egyptians temples to be constructed and is considered to be one of the best-preserved temples in Egypt. The temple holds the Osiris & Isis myth on its walls and reveal a great deal of important information on the language, myth, and religion during the Hellenistic period in Egypt.

One of the truly hidden gems in Egypt near Luxor is the incredible Dendera temple of Hathor, built in the late Ptolemaic Dynasty by Cleopatra VII & Ptolemy XII. The complex is beautifully designed and filled with majestic scenes of the Ptolemaic rulers Such as carving on the external face of one of the temple walls in a massive relief of Cleopatra VII & Caesarion her son from her lover Julius Caesar, that showcases both of them wearing a traditional Egyptian Barb and offering to the deity Hathor holy sacrifices. It’s recommended to visit the temple during A Nile River Cruise. The sacred Abydos is one of the most important locations in Egypt near Luxor as is holds the memorial temple Of Seti I which contains the amazing descriptions and carvings from the 19th dynasty known as Abydos King List that is a chronological list filled with cartouches of the pharaohs of ancient Egypt from Menes until Ramesses I, Seti I’s father.

The temple of Hatshepsut is the essence of elegance and beauty in Egypt which was built in the new kingdom by Queen Hatshepsut in 1478 BC. The temple was constructed to show her dedication to Amun. it is located on the west bank of the Nile near the valley of the kings. The temple is very unique as it marks the time where the style of architecture totally changed to a whole new style known as the Classical Architecture which allowed active worshipping. 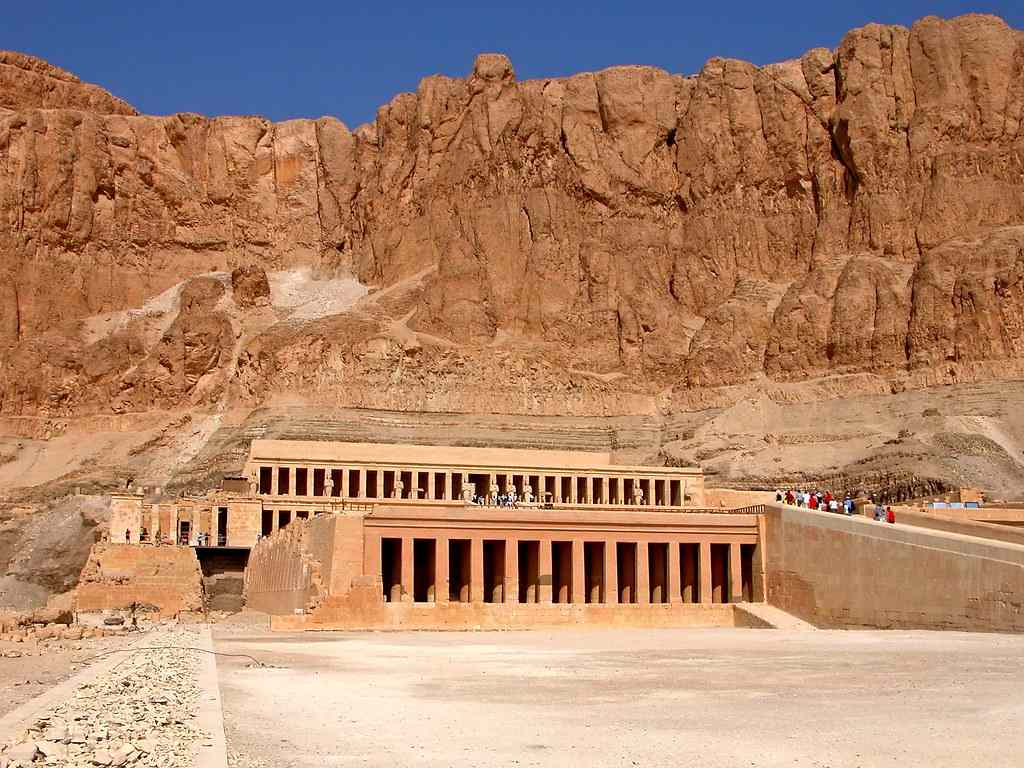 Valley of the Kings

Deep in the core of a mountain in Luxor lies a hidden doorway to the heavens, and the necropolis to more than 20 royalty members, King and Queens from the 16th to the 11th century BC during the new kingdom. The valley is located on the west bank on the Nile and holds of 63 tombs out of them are 20 majestic tombs. The first pharaoh ever buried in the valley is Tutmosis I then came to the full dynasty of Ramsess, Hatshepsut, Set I, Amenhotep and The Boy-King Tutankhamun. The valley is an entire piece of art filled with enchanting decorations and artifacts; in 1979 it became one of the UNESCO world heritage sites.

Within the walls of the Egyptian museum on the ground level is the royal mummy room where the bodies of Ramses II, Tutankhamen and more are found. The beauty of the mummy room is the chance to be able to get a closer look into the mummification process and all the ritual burial of ancient Egypt plus truly understand the level of respect the ancient Egyptians had for the concept of death. In the mummy, the room is a collection of artifacts and tools which were used to perform this task and prepare the bodies for the other side.

Across the shores of the pearl city of Alexandria is the impenetrable fortress of Qaitbay which was constructed by the sultan Qaitbay in 1512 AD to protect the city from the advances from the foreign forces of the Ottoman Empire. The fortress is built on top ancient history on the same location of the legendry ancient wonder Pharos Lighthouse that was put to ruin in the 14th century by earthquakes. The citadel is known for its striking Islamic design and enchanting red granite columns within its walls, plus it also houses a naval museum. 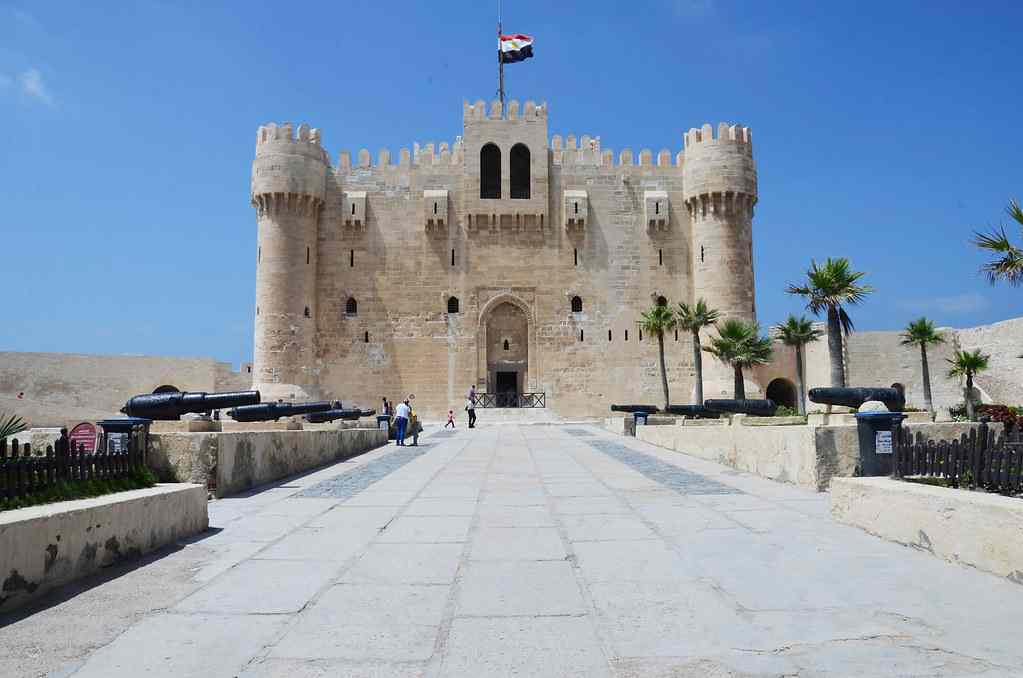 In the center core of Cairo is the legendry Salah El Din Citadel which was built in 1182 AD to become the watchful eye of the entire city and the headquarter of the government. It became a protective fortress against the foreign invaders like the crusaders & the French forces. Inside the citadel is a group of incredible attractions of mosques, art galleries and museums filled with Islamic and modern artifacts.

The history of Egypt is without compare and the number of monuments and destinations in Egypt is truly remarkable ability to provide the chance to live a true adventure and experience the greatest thrill in your lifetime.

What to See and Where to Stay During Holiday in Morocco?

KLM to Resume Operations from Bristol