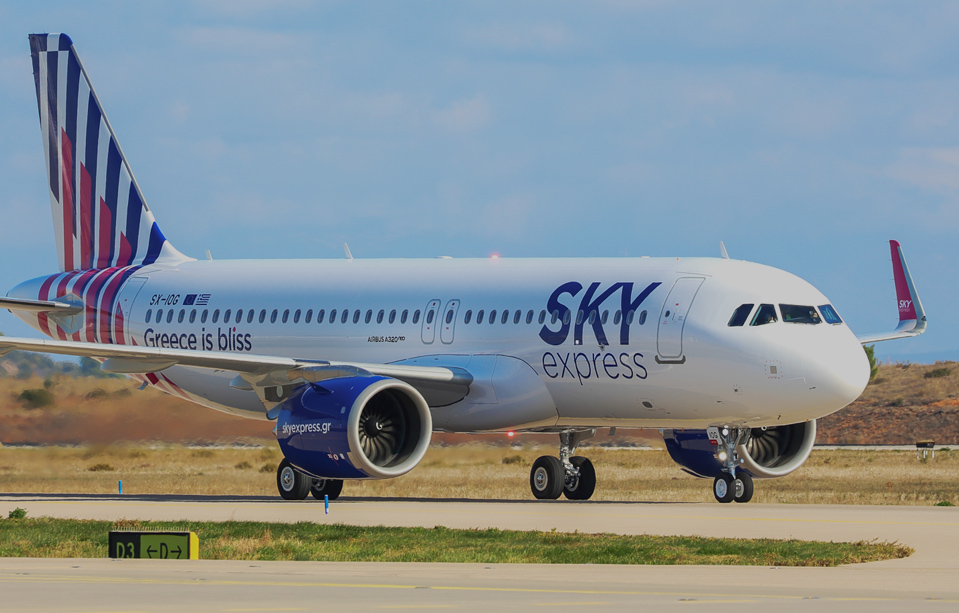 With the start of the winter flight schedule, the Greek airline SKY Express is expanding the range of flights between Munich and Athens. The airline will fly five times a week to its hub in the Greek capital. From there, passengers can easily reach a total of 34 connecting destinations in Greece with SKY express. The new airline thus has the largest range of connections within Greece. Sky express will operate new, modern Airbus A320neo short-haul aircrafts and offers currently the youngest and most environmentally friendly fleet in Greece.

The flights arrive on Mondays, Wednesdays and Fridays to Sundays as scheduled at 11:55 a.m. in Munich and take-off again one hour later for Athens. On the first flights, all passengers received a sweet surprise in the form of gingerbread hearts.

Sky Express, legal name Cretan Aeronautical Operations, is a Greek airline headquartered in Athens International Airport. It was established in 2005 and operates a number of flights, serving 35 domestic and eight international destinations.