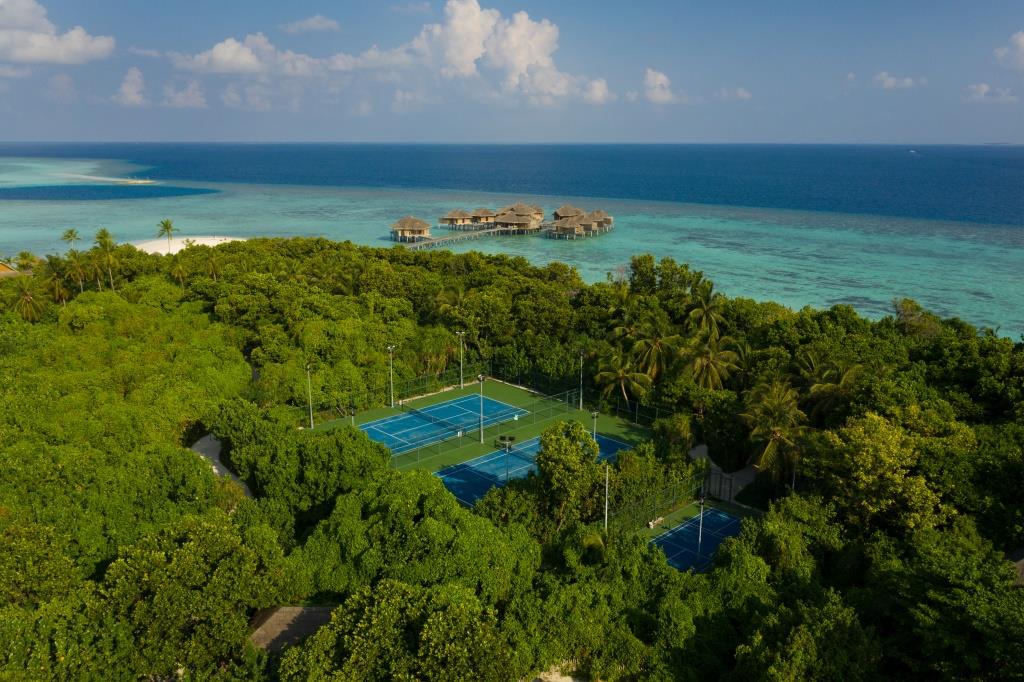 Though holidaymakers the world over dream of visiting the Maldives, they have rarely ventured to this island nation in pursuit of tennis. Still, for some time now guests at Vakkaru Maldives in the idyllic Baa Atoll have been supplementing spa visits and snorkelling excursions with matches on the resort’s two cobaltblue courts. Those sessions are now set to become far more intensive, with the arrival of Tipsarevic Luxury Tennis.

Founded by former World No. 8 tennis player Janko Tipsarevic, Tipsarevic Luxury Tennis at Vakkaru Maldives will see some of the world’s most accomplished tennis professionals visit the resort for short-term residences. It means guests will have the opportunity to attend tennis clinics and tutorials led by some of the world’s best players – and if they are brave, they can even try their hand in a game against them.

Still heavily engaged with the highest echelons of tennis, Janko Tipsarevic will introduce a range of eminent athletes to Vakkaru over the months to come. To kick things off, he will oversee sessions at the resort himself from 10 November 2020 to 24 November 2020. During this tenure he will be joined by Germany’s Rainer Schuettler, formerly ranked as the world’s No. 5 tennis player, from 12 November to 21 November, and Germany’s Angelique Kerber, a former world No. 1 and winner of three Grand Slam tournaments, from 11 November to 21 November. Subsequent sessions will feature the likes of Canada’s Denis Shapovalov, currently ranked No. 12 in the world and Montenegro’s Danka Kovinic.

Avid tennis fans need not worry if their visit does not coincide with an internationally recognised tennis legend’s tenancy, however. To celebrate Vakkaru’s partnership with Tipsarevic Luxury Tennis and in recognition of the resort’s new hospitality concept Vakkare, which places the concept of physical, mental and emotional care at the core of all that Vakkaru provides, Serbian tennis pro Barbara Bonic has just joined the wellness team as Vakkaru’s resident tennis coach. She will happily lead training sessions for guests of all levels year round, whether they want to get to grips with the basics or are keen for a vigorous game against a formidable opponent.

flydubai Launches Flights to the Maldives