What to Bring Back from Myanmar?

Apart from the many unforgettable experiences and holiday photos, a trip to Myanmar is an opportunity to take a small piece of this fabulous country home with you. Here is a list of typical products that you can find across the country.

What is it? – It is a traditional handmade paper accessory use to protect oneself from the sun. Its size and shape are similar to an umbrella but not intended for the rain.

Its history? – The Inle Lake and Pindaya regions are famous for the quality of their umbrellas since they are made from delicate Shan paper. A paper produced from the mulberry bark and decorated with beautiful flower petals or small leaves.

Where to buy? – We recommend to purchase these umbrellas in Pindaya region where most of the handicraft factories are located. There are tours organized to visit the workshops. 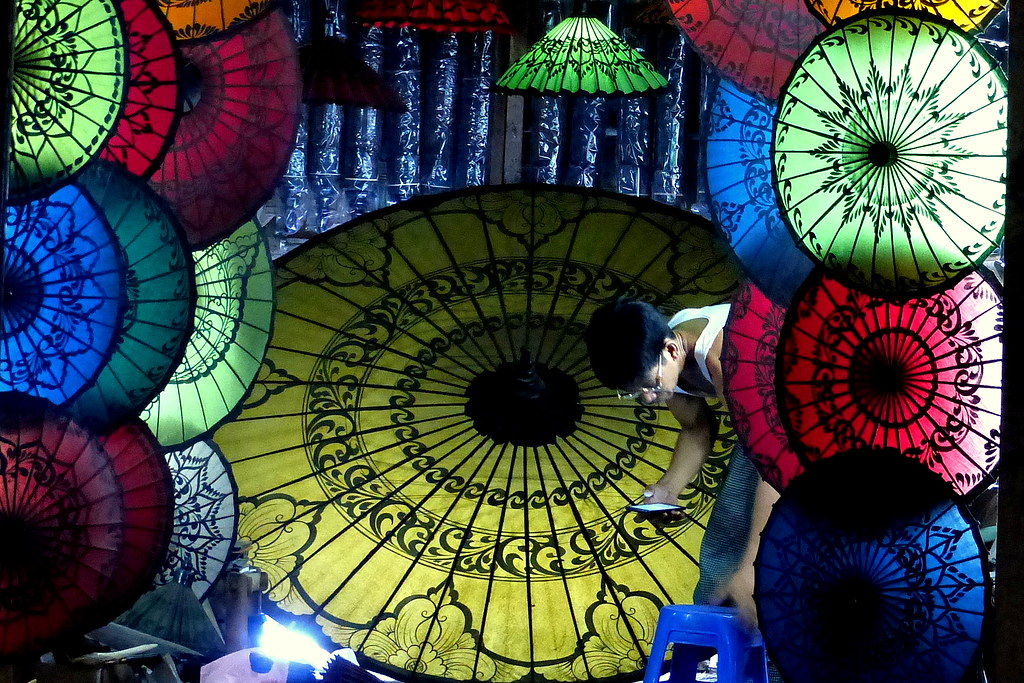 Longyi, a traditional clothes from Myanmar

What is it? – It is a large piece of fabric measuring about two meters long which completely covers the legs like a long skirt. It is a very practical outfit for the Burmese since it protects them from the scorching heat. It is generally defined as the symbolic costume of the country.

Its history? – During the British colonization of the country in the 19th century, Indian immigrants apparently introduced this type of clothing. Over the time, the longyi has become a national and daily attire of the Burmese.  It is worn by both men and women.

Where to buy? – It can be found in the markets, it is mostly colorful and available in various fabrics and designs. It is even possible to make it according to your size. 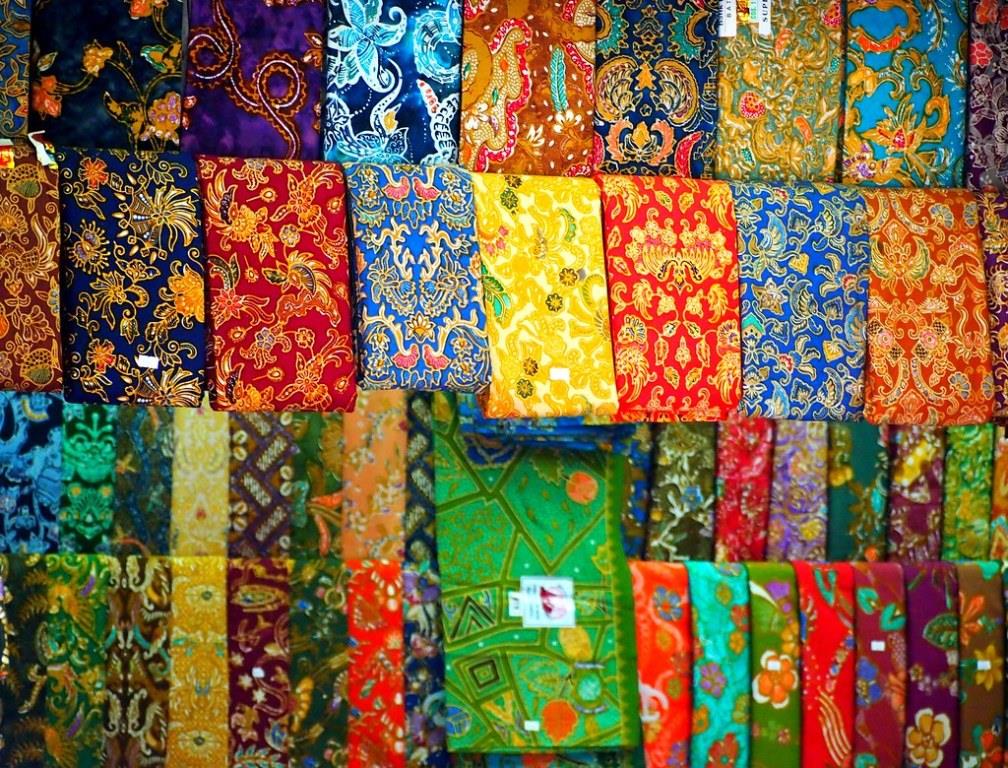 Bagan lacquer, the art of precision

What is it? – Lacquer is a resin produced by several Oriental plants. Lacquerwares can be made from teak wood, bamboo or in certain cases, some use also the hair of horse.  It is a typical Burmese product.

Its history? – Lacquer was first used in Bagan, specifically on the pagodas in the 12th century. Even today, one can still contemplate the work of the craftsmen, who cut unguided lines and perfect circles on the surface of the lacquer. This art is known all over the world and often admired by travelers.

Where to buy? – As its name suggests, it is advisable to buy the lacquer in the vicinity of Bagan.  It is in this region that many factories offer their creations for sale.

Thanaka powder, the secret of beauty

What is it? – Thanaka is a cosmetic paste made from ground bark. Its distinctive feature is to protect the skin from the sun. This natural remedy is also used to preserve the skin’s youthfulness and as a moisturizer. Because of its multiple benefits, many Burmese apply it on their faces in attractive designs, the most common form is a circular patch on each check or patterned in the shape of a leaf.

Its history? – The legend has it that Thanaka has been used in the country for about 2000 years. However, the real evidence of the use of this powder dates back to the 15th century when many texts and poems mentioned its benefits.

Where to buy? – Generally speaking, this remedy can be found in all the markets of the country, but the most famous region for Thanaka is located west of Mandalay. 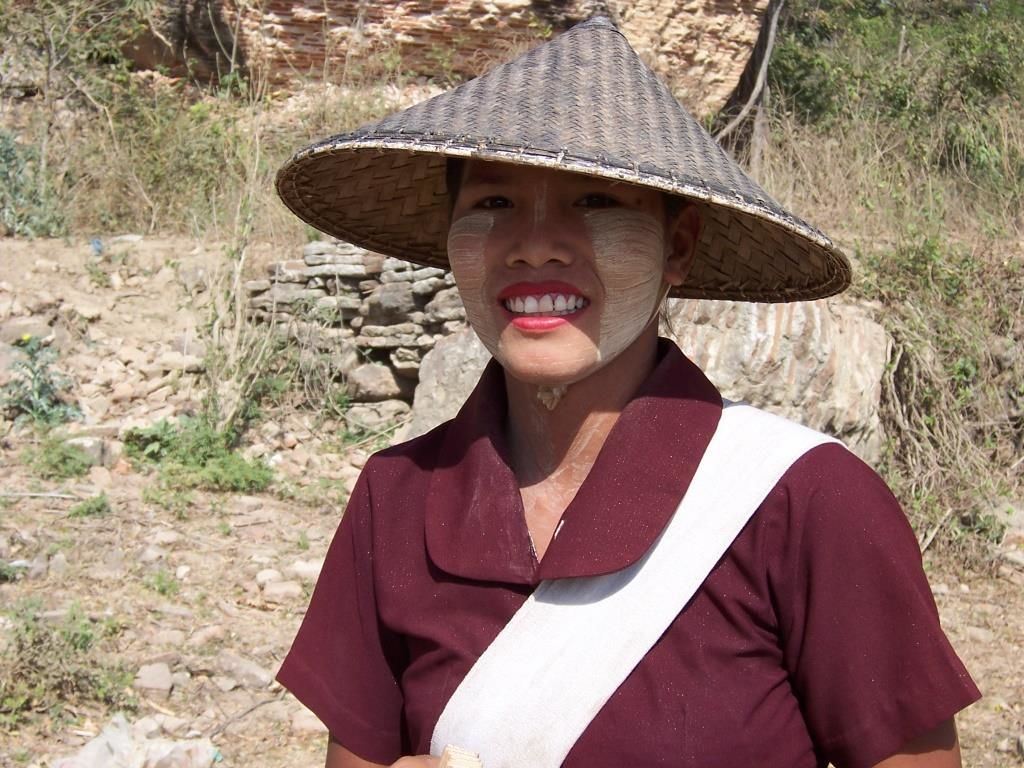 Mandalay puppets, the theatre of expression

What is it? – They are small, meticulously sculpted and painted figures that wear jewelry and hand-sewn clothing. These puppets are used in Burmese theatres. It is a major form of art in the Burmese culture.

Its history? – Invented in the 5th century, puppet shows have remained, for centuries, the most expressive form of art in Myanmar.  In the past, it was used as a medium for education, a means of making people aware of the current events and also, they functioned as mouthpieces for the people in the days of Royalty.

Where to buy? – To find these famous puppets, you have to go to Mandalay where many craftsmen still create these beautiful objects.

What is it? – The precious stones of Myanmar are ruby, sapphire and jade. Rubies have made the country’s worldwide reputation.

Its history? – The Burmese attribute powers to each gemstone.  Indeed, ruby is supposed to attract glory, peace of mind and charisma. Sapphire is synonymous with friendship, fidelity and protection from negative energy. Finally, jade brings peace, courage and justice.

Where to buy? – These precious stones can be found in most markets of the country, as well as in many jewelry stores. Mogok is famous for its rubies, while Inle Lake for its silverware and Mandalay for its goldsmith. However, beware of fake stones.

What is it? – Lotus silk is a unique material. Creating a single product requires very large quantities of flower stems.

Its history? – The art of extracting the tiny silk yarns from the lotus stem is a tradition that has lasted for centuries in Myanmar. Lotus is considered a symbol of purity of the soul and is use in many Burmese ceremonies.

Where to buy? – To find the products from this flower, you have to go to Paw Khone, a floating village on Inle Lake. It is here where craftsmen produce and sell their creations. 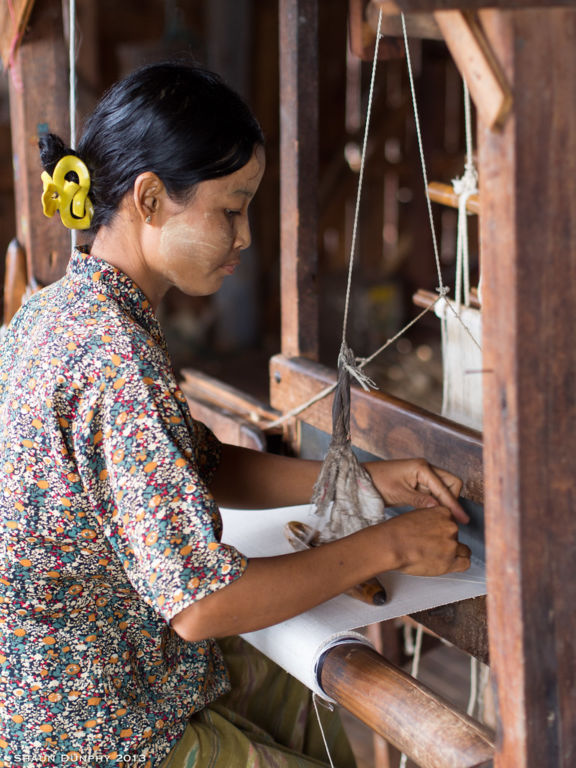 What is it? – The Burmese cheroot is a cigar made from dried corn husks. The inner mix of the cigar is mostly natural – tobacco leaves with some crushed herbs, honey, rice whiskey and molasses.

Its history? – In the past, the Burmese cigars were only consumed by nobles and kings. Today, it has become more democratic and each region of the country has its own processing method and size.

Where to buy? – Many places throughout the country sell the famous Burmese cigar. It can also be found directly in few known factories in Shan State in the east of the country.