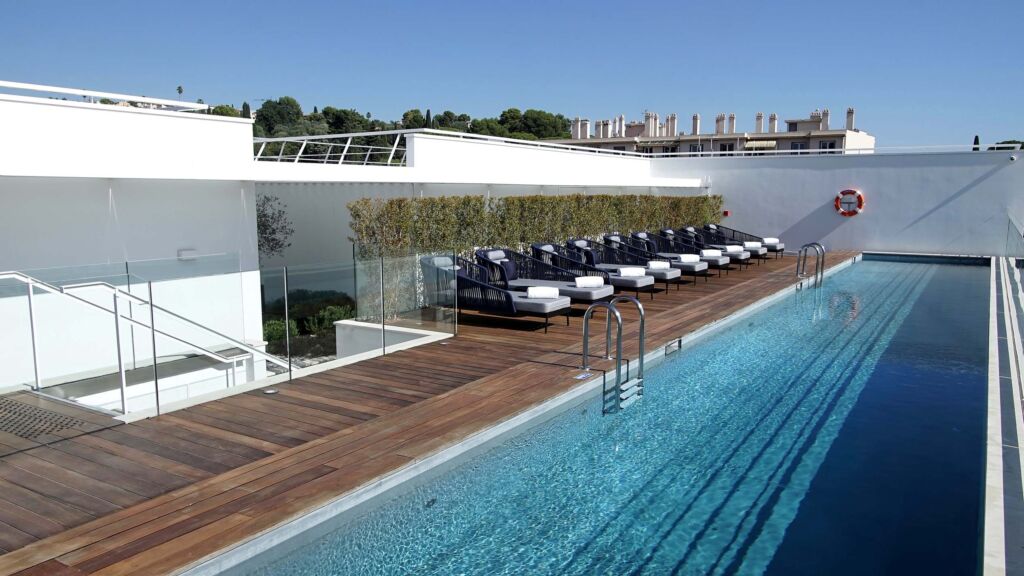 Leading boutique and lifestyle brand Hotel Indigo, has just opened Hotel Indigo Cagnes-sur-Mer, the brand’s first hotel on the French Riviera, growing its footprint in the market. Taking inspiration from its Mediterranean surroundings, the hotel is a unique retreat for those looking to explore the medieval neighbourhood and the town’s coastline.

Just as no two neighbourhoods are alike, no two Hotel Indigo hotels are alike. Hotel Indigo Cagnes-sur-Mer has 87 guest rooms all designed to mimic the neighbourhood in which it is situated, with a blue and white theme to help create a truly relaxing seaside retreat for guests. Guests staying at the hotel will also get the opportunity to take a piece of the neighbourhood home with them, whether that be a selection of the amenities from L’Atelier de la Maison Jaune, a locally crafted natural cosmetics brand made in Nice or a beautiful French Riviera Girls scarf that forms part of the uniform at the hotel.

Known for being a popular destination for well-known artists including Renoir, Chaïm Soutine, and Yves Klein, and the inspiration for many famous paintings, Cagnes-sur-Mer is often referred to as the ‘Montmartre of the French Riviera’. The town is a 15-minute drive from Nice Côte d’Azur Airport, quietly nestled between the shores of the Mediterranean Sea and beautiful hills lined with olive and cypress trees. Situated between the resorts of Cannes and Nice along the Côte d’Azur, this unassuming town has a rich history and stunning landscape to charm its visitors. From the medieval castle to the fascinating Renoir Museum, the 19th-century fishing village and the restaurant-lined coastal boulevard, Promenade de la Plage, there is plenty on offer for those looking to indulge in a slice of French culture.

As guests enter Hotel Indigo Cagnes-sur-Mer, they will be met with an array of light turquoise hues that contrast with rich darker blues to reflect the unique shades of the sea and the endless skies which the Riviera is known for. The soft furnishings throughout the hotel’s public areas continue to evoke a nautical feel, with decorative rugs that feature waved patterns, the use of soft curved edges, and light fittings which mimic the waves that lap up against the coastline. Nodding to the destination’s link to notable French artists, the artwork that can be seen throughout the hotel has been specially curated, partnering with local talent. Thanks to a partnership with Eric Garence, the Cote d’Azur ambassador and poster designer, guests can send home a one-of-a-kind postcard to family and friends.

Hotel Indigo Cagnes-sur-Mer has a spectacular rooftop pool with panoramic views of the Grimaldi Castle, a great place to sit back and enjoy the view with a drink in hand. The hotel’s Italian restaurant Cucina Victoria, is the newest in the neighbourhood, specialising in locally sourced seafood with dishes like Fritto Misto and creamy prawn risotto. The restaurant is the perfect place to relax after a day of exploring and welcomes guests and locals alike to enjoy views of the open kitchen and Italian-inspired cuisine.

5 Cities to Celebrate Hanukkah Around the World