Sofitel Is Launching FRENCH IT! 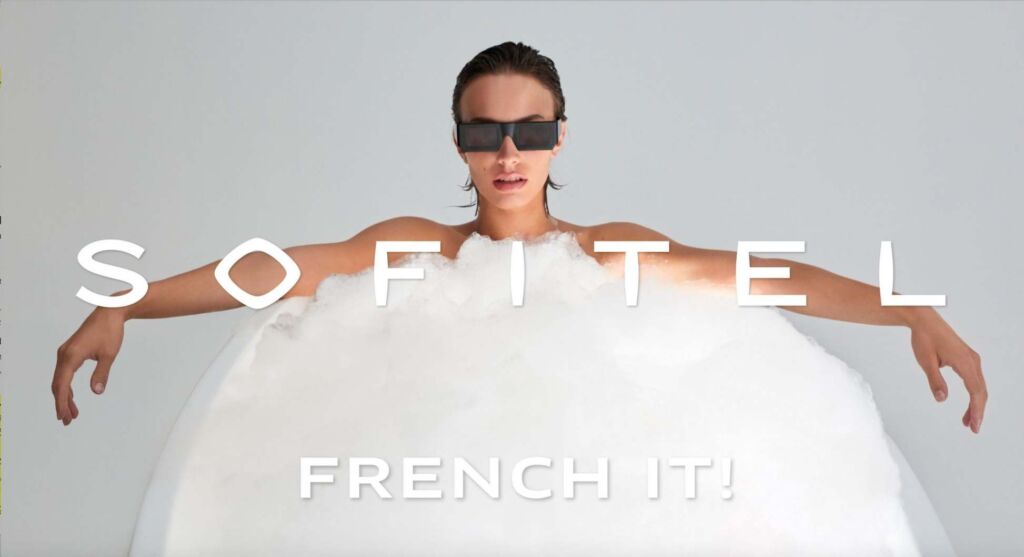 As the first international luxury hotel brand to originate from France, Sofitel Hotels & Resorts is a renowned global ambassador of modern French Art de Vivre and style. Revealing an edgier and more playful expression of the brand’s Live The French Way ethos, Sofitel is launching FRENCH IT!, a global digital campaign of six stylish short films that spotlight the brand’s passion for arts and culture by bringing the whimsy of the French language to life.

The FRENCH IT! films capture an intriguing new mood with their refreshing take on French idioms that are little known outside of France, inviting all to Live The French Way through the richness of the French language. As a powerful, influential and respectful voice on modern French Art de Vivre, Sofitel shares the playful attitude in which the French express themselves, with a selection of quirky sayings creatively captured through a highly conceptual and contemporary lens.

“French Art de Vivre is a worldwide reference for fine dining, spectacular wine, world-class design and wellbeing
– all of which lies at the very heart of the Sofitel brand and has contributed to its worldwide success since its debut in 1964. Today, Sofitel plays a very important role in Accor’s portfolio and is one of the most well-known brands in luxury hospitality with a continued focus on global development, especially in Greater China and Southeast Asia, with recent openings including Sofitel Ambassador Seoul in South Korea, Sofitel Hangzhou Yingguan in China and Sofitel Adelaide in Australia. The FRENCH IT! campaign was developed to help Sofitel reaffirm its place in luxury with a more edgy and playful attitude, alongside other leading French brands in fashion, jewelry and lifestyle living,” said Alexander Schellenberger, Chief Luxury & Premium Brands Officer, Accor.
Conceived by the in-house Accor Creative Studio – Studio 66 – the campaign engages French expressions that are not globally known to tap into ‘discovery’, ‘self-enlightenment’ and ‘luxury’ consumer trends.

Connecting and appealing universally through humor, the campaign focuses on the idea that the French language contains funny, colloquial expressions. Through these expressions, Sofitel connects to its hotel experience in an unexpected, tongue-in-cheek manner in a series of digital episodes.

THE FILMS AND ASSOCIATED FRENCH IDIOMS