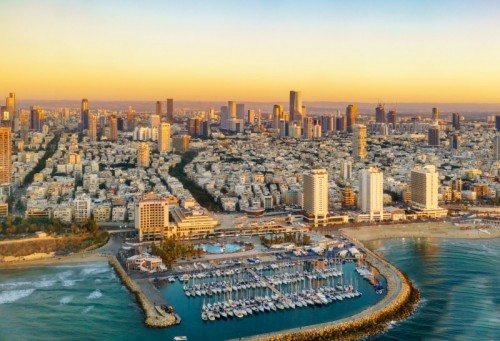 The move comes as the UAE and Israel continue to develop greater economic cooperation to drive growth across a range of sectors, in addition to boosting trade flows between both nations. With the new daily flights, Israeli travellers will be able to connect safely, seamlessly and efficiently to Dubai, and through Dubai to Emirates’ global route network of over 120 destinations. The flight timings to/from Tel Aviv will offer travellers convenient access to major leisure destinations beyond Dubai like Thailand, the Indian Ocean Islands and South Africa, among others.

Furthermore, the new flights introduce convenient inbound connections to Tel Aviv from close to 30 Emirates gateways across Australia, the United States, Brazil, Mexico, India and South Africa, all home to some of the largest Jewish communities in the world. Travellers from the United States looking to stop in Dubai before embarking on their onwards journey to Tel Aviv can avail the Dubai Stop Over package, which includes stays at world-class hotels, sightseeing, and other activities.

Dubai also continues to attract leisure travellers from Israel with its ever-expanding list of experiences, including hosting Expo 2020 Dubai which has drawn in more than 2 million visits in its first month. Israel is participating at Expo 2020 Dubai with its own country pavilion under the theme ‘connecting thoughts – creating the future’.

Emirates’ new flights will also boost connections for business communities in both countries, creating new channels to network and forge investment opportunities across industries. With the opening of visa-free travel between both countries and the easing of restrictions across the Emirates network, the new services will meet future travel demand in and out of Tel Aviv.

The airline will deploy its modern Boeing 777-300ER aircraft in a three class configuration, offering private suites in First Class, lie flat seats in Business Class and spacious seats in Economy Class to serve customers on the route between Dubai and Tel Aviv. Daily flights are scheduled to depart Dubai as EK931 at 14:50hrs, arriving at Ben Gurion Airport at 16:25hrs local time. The return flight EK 932 will depart Tel Aviv at 18:25hrs, arriving in Dubai at 23:25hrs local time.

Emirates’ customers will also benefit from the airline’s codeshare partnership with flydubai. The codeshare provides travellers with short and seamless connectivity from Dubai to points across the combined networks of both carriers, which today consists of 210 destinations in 100 countries.

Adnan Kazim, Chief Commercial Officer, Emirates Airline said: “Emirates is excited to announce Tel Aviv, one of the region’s key gateways, as its newest destination. With the start of services in just a few weeks, Emirates will provide more options for travellers to fly better to and from Tel Aviv via Dubai. We also look forward to welcoming more business and leisure travellers from Israel to Dubai, and onwards to other destinations on Emirates’ network.

He added:  “We would like to thank the UAE and Israeli authorities for their support, and we await the opportunity to serve Israel and open up more prospects for both countries to continue to build a strong relationship while growing business and expanding tourism in the near future.”

In addition to passenger operations, Emirates SkyCargo will offer 20 tonnes of cargo capacity each way between Dubai and Tel Aviv on the Boeing 777-300ER to support exports of pharmaceuticals, high-tech goods, vegetables and other perishables from Tel Aviv. The flights are also expected to transport manufacturing raw materials and components, semiconductors and e-commerce parcels into Israel.

Travellers to and from Israel can look forward to experiencing Emirates’ award-winning service and industry leading products in the air and on the ground across all classes, with regionally inspired dishes and complimentary beverages, as well as the option of kosher meals onboard. The airline’s ice inflight entertainment system offers more than 4,500 channels of on-demand entertainment in over 40 languages, including movies, TV shows, and an extensive musical library along with games, audio books and podcasts.

Emirates has fully restored its Middle East network and currently flies to 12 cities across the region.

Tel Aviv is Israel’s largest and most populous city, and is the economic and technological hub for the country. The city attracted more than 4.5 million visitors in 2019, according to the Israeli Ministry of Tourism. Tel Aviv is known for its pristine beaches, thriving culinary scene, cultural sights, and the world’s largest collection of 4,000 signature white Bauhaus style buildings, which have become a UNESCO World Heritage Site. The city is also an advanced centre of science and pioneering technology, with a strong entrepreneurial and start-up ecosystem that has produced innovations and products adopted around the globe and across a gamut of sectors.

Air France to Operate 122 Weekly Flights to the United States