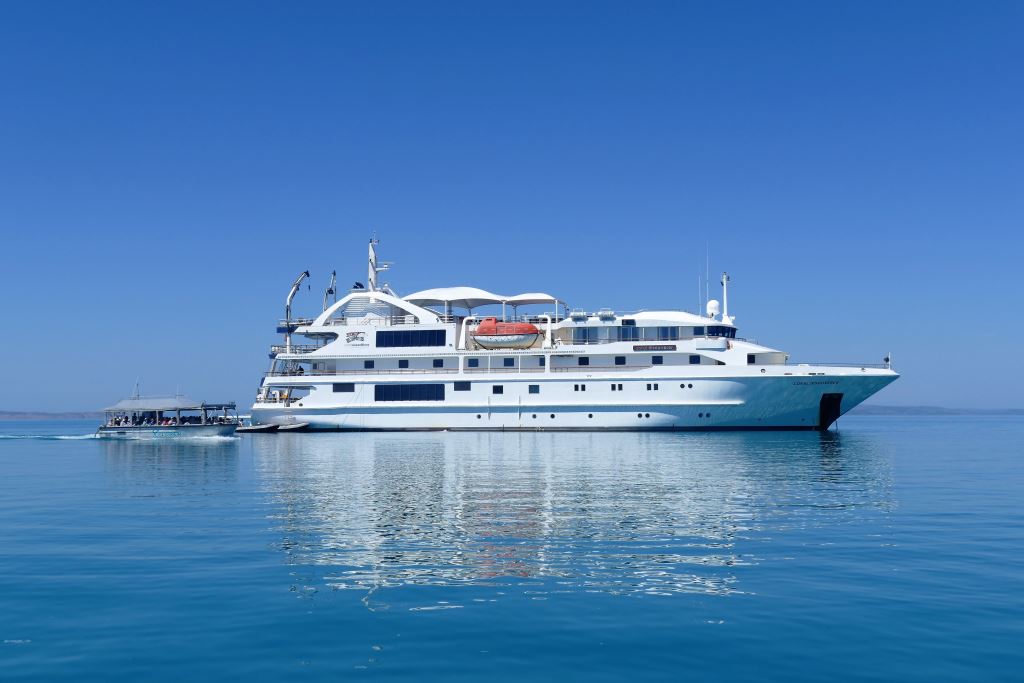 Coral Expeditions has received formal approval from authorities for its 2021 Tasmanian summer season. The series of eight expeditions on Coral Discoverer will begin 1 January and continue through till 18 March. The yacht-like small ship will carry a maximum of 60 Australian passengers per voyage.

The season will commence with the traditional Yachtsman’s Cruise following the Sydney to Hobart fleet which departs Sydney on 26 December 2020 and arrives in Hobart on New Year’s Eve in time for fireworks overlooking the glittering harbour precinct. Coral Discoverer will then depart on 1 January 2021 on a sold-out 16-night Tasmanian Circumnavigation. From mid-January, a series of six 10-night Coastal Wilds of Tasmania and Coastal Treks expeditions will operate out of Hobart. These voyages will explore the rugged coastal landscape of the Southern Ocean. Included in the itinerary will be visits to World Heritage wilderness areas and glimpses of native wildlife in coastal National Parks difficult to get to by road.

Hosted by local experts, guests will learn of the intriguing maritime history and compelling convict heritage of our island state, and come home from the day’s adventure to relax at the ship’s Xplorer bar on the sundeck, taking in the panorama while enjoying Coral Expeditions renowned Australian hospitality. The cuisine features local ingredients served alongside cool climate wines and artisanal spirits.

Voyage highlights of the Coastal Wilds of Tasmania include:

Two full days exploring remote Port Davey and Bathurst Harbour including kayaking, bird watching and guided wilderness treks
Explore the pristine Freycinet National Park and stroll the sweeping white sands of Wineglass Bay or hike to the lookout for spectacular views
Visit the Noahs Ark of Tasmania at Maria Island where you can spot woolly wombats, wallabies, endemic birdlife, and an array of wildlife.
Enjoy an expert behind-the-scenes guided tour of the World Heritage-listed Port Arthur to gain a deep insight into Australia’s convict history
From the unique perspective of the sea, marvel at breathtaking views of the 300-meter-high dolerite columns of the Tasman Peninsula and cruise past the seal colonies basking in the sunset glow at Ile de Phoques.
Hike the scenic Fluted Cape at Bruny Island or the more challenging Cape Hauy section of the scenic Three Capes Walk on our themed Coastal Treks voyages

Jeff Gillies, Commercial Director at Coral Expeditions, comments, “We are very pleased to receive approvals from the state authorities to operate. The implementation of our SailSAFE health plan coupled with our successful restart of operations and long history in the region has been well considered by authorities, who have been diligent and professional in the vetting process. The Tasmanian season is another positive step towards building confidence for our business as we return from the challenges of 2020. We have immense gratitude and look forward to an enriching summer of expeditions in Tasmania and elsewhere in the Australian coast”.

Scheduled departures are listed as follows:

Coral Expeditions has led the Australian cruise industry with the introduction of its SailSAFE health protocols developed by Australian medical specialists, Respond Global, for the current environment, giving guests and crew confidence and peace of mind to travel. The SailSAFE plan has been approved by all Australian State and Territory governments and is based on the most rigorous safety principles which effectively create a “safe travel bubble” for guests and crew through pre-screening steps, onboard mitigation process and authorised response control. This plan has been vetted and proven on the company’s Great Barrier Reef departures since October.

St. Regis to Open in Chicago