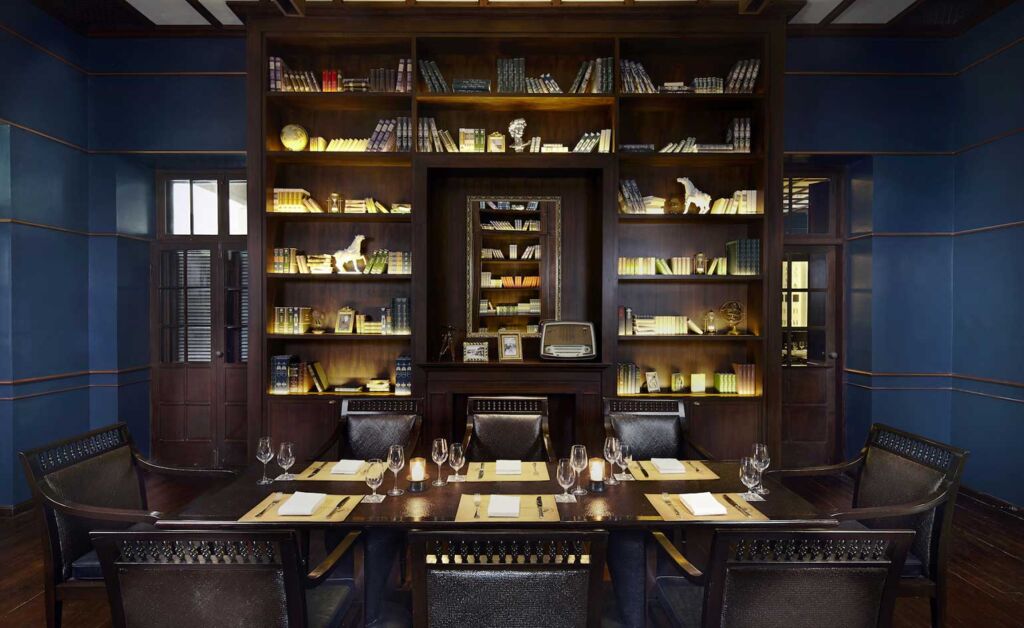 With the holiday season fast approaching, Anantara Chiang Mai Resort is launching a new Michelin Guide menu at its spy-themed The Service 1921 Restaurant and Bar, the colonial centrepiece that was once the British Consulate of Chiang Mai.

Designed for a tropical climate with spacious verandas to catch the breeze off the Ping River, Anantara Chiang Mai Resort’s splendid colonial house was built in 1915 and opened in 1921 as the British Consulate. The house was the former home of the consul’s family and housed a courtroom, offices, servants’ quarters and stables for elephants. Welcoming a constant stream of visitors, British citizens in Chiang Mai came to pay their respects, register their presence, or seek help and advice. Drinks and meals were served in the consulate’s dining room, many a game of croquet was played on the lawn, and parties for the British King or Queen’s birthdays were social highlights of the year.

The Service 1921 reimagines this heritage with a fictitious illusion of the British government’s secret intelligence service. Social and private spaces range from communal dining salons, an elegant bar with a plush lounge and al fresco seating on the wrap-around lower and upper verandas, to a wine cellar for connoisseur journeys, an exclusive whisky room and a private dining room accessed through a secret book shelf door in the library wall.

Chiang Mai’s first Michelin Guide launched last year describes The Service 1921 as: “Diners come to this British spy-themed restaurant in a heritage building not only to savour the modern Thai food on a veranda overlooking the river, but also to live their dream as a secret agent, opening hidden doors (hint: the bookshelf) and finding interrogation rooms. Onto the food, softshell crab with sesame and tamarind sauce is superb, as are their signature cocktails from the bar, such as the aptly named ‘Majesty’.”

In 2020 The Service 1921 won its first Michelin Plate which symbolises restaurants that offer “Fresh ingredients, carefully prepared; a good meal”. While the three spoon and fork symbol categorises an establishment as being “very comfortable”. The 2021 Thailand Michelin Guide will be announced in December.

For a night of unique culinary journeys filled with mystery and intrigue reservations can be made by Tel: +66 53 253 333 / email [email protected]