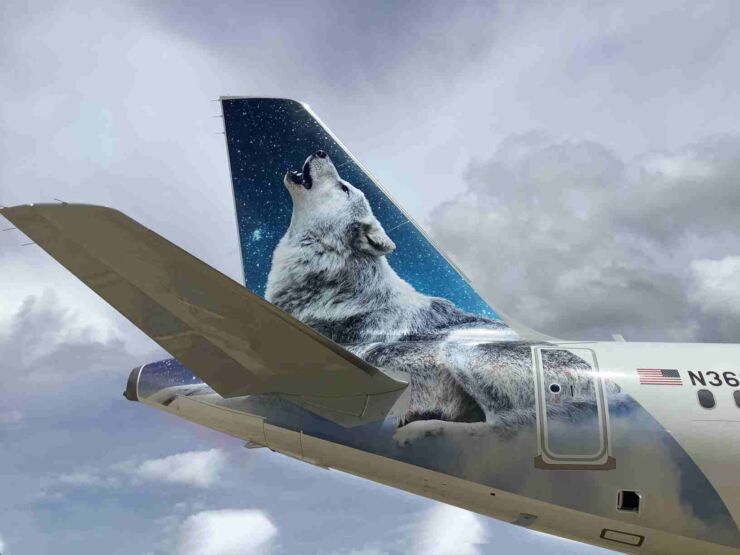 Frontier Airlines welcomes the 100th aircraft to its all-Airbus fleet, an A320neo assembled in Mobile, Alabama, featuring ‘Chinook the Gray Wolf’ on the tail with a distinctive starry night backdrop.

“Taking delivery of the 100th Airbus aircraft in our fleet marks a tremendous milestone for our company,” said Barry Biffle, CEO of Frontier Airlines. “We have significantly expanded our fleet in recent years as Frontier has continued to grow both domestically and internationally.” Biffle noted that Frontier operates the largest A320neo fleet in the U.S. and has been an industry leader in sustainability initiatives and carbon reduction.

“Airbus is pleased to reach this significant 100th aircraft milestone with Frontier Airlines, and to be a part of the airline’s continuing growth and success,” said C. Jeffrey Knittel, Chairman and CEO, Airbus Americas, Inc. “With 160 more aircraft on order, we look forward to many more of these milestones.”

The Airbus A320neo (new engine option) is the latest enhancement to the A320 family offering greater fuel efficiency and noise reduction, compared to previous models. Frontier currently has a total of 160 additional Airbus aircraft on order, scheduled for delivery between now and 2027.

The aircraft’s namesake, ‘Chinook the Gray Wolf,’ was a female wolf-dog hybrid that was rescued in 1993 hours before she was to be put down because of the ‘wolf-hybrid’ label. The wolf’s rescue became the impetus for the creation of the Colorado Wolf and Wildlife Center, located in Divide, Colorado. Chinook passed away in 2007, but her legacy continues to drive awareness and conservation efforts for the species.