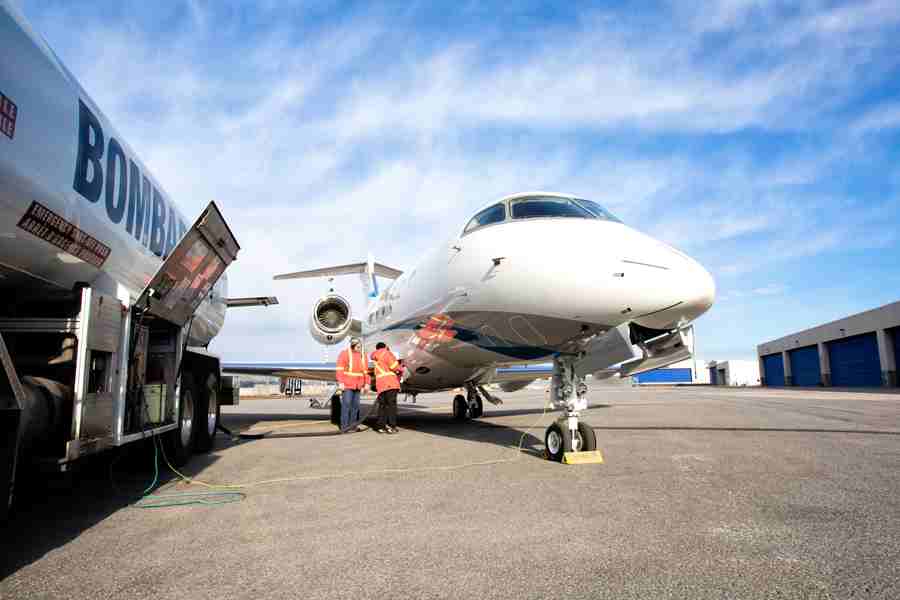 Latitude 33 Aviation announces the acceptance of the first Bombardier customer aircraft to be delivered with sustainable aviation fuel (SAF). This award-winning 2019 Challenger 350 will also be the first on Latitude 33 Aviation’s fleet to be based in Seattle, Washington. The Challenger 350 is already one of the most fuel-efficient business aircraft in the world with its redesigned canted winglets that reduce drag and fuel burn, while the engines deliver increased thrust. Available for charter, this factory-new aircraft is leading the way towards a sustainable future for business aviation by mainstreaming the use of an alternative to traditional jet fuel.

What is Sustainable Aviation Fuel?

Sustainable Aviation Fuel (SAF) is an alternative to traditional jet fuel. SAF is made by blending conventional kerosene with renewable hydrocarbon. Because it is certified as “Jet-A1” fuel, no modifications are required for the aircraft to use SAF.

The use of SAF has been shown to provide great environmental benefits. Sustainable aviation fuel is nearly carbon-neutral over its life cycle because the burning fuel emits an equivalent amount of carbon dioxide into the atmosphere as do plants during the growth of biomass. SAF also contains fewer impurities, which results in a greater reduction of particulate matter emissions.

SAF can be produced from municipal waste that would otherwise be left to decompose in landfill sites. This avoids the use of petroleum and instead reuses the waste to power additional flights.

SAF is mainly produced from feedstocks and therefore can be spread worldwide across several different feedstocks that have large amounts of unviable land for food crops. This can simultaneously reduce the exposure to the fuel cost volatility that comes with having a single energy source and introduce a new industry such as sustainable aviation fuel production to developing nations.

The Bombardier Challenger 350 is the best-selling business jet platform over the last decade. The wide flat-floor cabin, exceptionally smooth ride, and intuitive cabin management system make it an industry leader delivering an unrivaled private jet charter experience. The Challenger 350 aircraft recently demonstrated its outstanding performance capabilities and superior reliability by setting speed records for 10 key American city pairings in 20.5 hours. With half a dozen Challenger series aircraft on its fleet, Latitude 33 Aviation is proud to announce the factory acceptance of two 2019 Bombardier Challenger 350s – one of which has made its first flight from the factory using SAF.