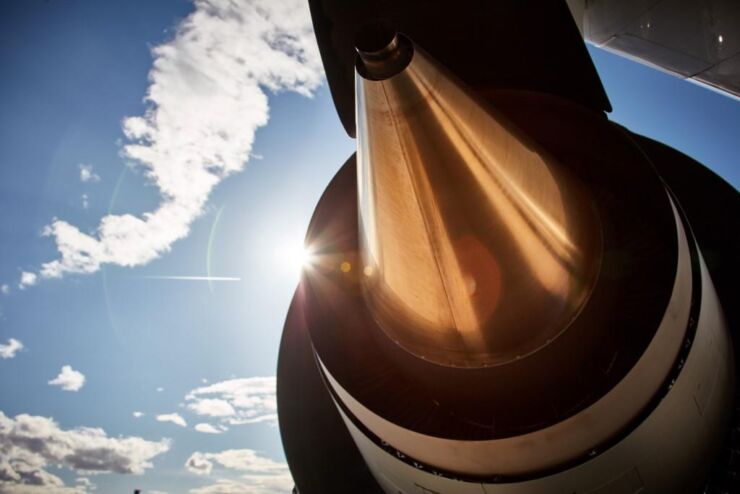 Representatives of the Lufthansa Group and Swiss Federal Institute of Technology Zurich (ETH Zurich) have signed a joint Letter of Intent for a possible cooperation in the field of Sustainable Aviation Fuels (SAF).

Representatives of the Lufthansa Group and Swiss Federal Institute of Technology Zurich (ETH Zurich) with its spin-offs Clime-works and Synhelion have signed a joint Letter of Intent for a possible cooperation. This should help to accelerate the market launch of Sustainable Aviation Fuels (SAF). The researchers and engineers at ETH Zurich have developed innovative processes that make it possible to extract CO2 from the atmosphere and, together with water and with the help of concentrated sunlight, convert it into a synthesis gas that can be used to produce jet fuel. Such a fuel releases only as much CO2 as was previously extracted from the atmosphere. It is the common goal of the signatories to prepare these promising technologies for later production on an industrial scale.

The partnership initiated by the Lufthansa Group subsidiaries SWISS and Edelweiss is to include, among other things, cooperation in the areas of technology and economic efficiency. It is also intended to agree on acceptance quotas of SAF at a later date in order to support future demonstration projects of the partners. Further contents of the cooperation are to be worked out by the end of 2020.

Synhelion was founded in 2016 at ETH Zurich and is working on bringing solar fuels to the market. Climeworks, a company founded at ETH Zurich in 2009, is pursuing CO2 air separation to provide the carbon required for fuel synthesis in a sustainable manner. Both companies are thus developing key technologies for the production of SAF.

“In contrast to other modes of transport, air transport will depend on sustainable liquid fuels in the foreseeable future. Their market launch requires a joint effort by fuel manufacturers and airlines”, says Prof. Dr. Aldo Steinfeld, Professor for Renewable Energy Carriers at ETH Zurich. “This Letter of Intent marks the intention of such a cooperation between ETH Zurich, the ETH spin-offs Climeworks and Synhelion and the Lufthansa Group Airlines to jointly address the challenges involved. This is intended to support the energy turnaround in aviation.”

“With the planned cooperation, we are once again underlining the importance of Sustainable Aviation Fuels for the goal of achieving aviation with a balanced CO2 sheet. The Lufthansa Group has been working hard for years to make flying ever more sustainable. Thanks to the forward-looking technologies and the cooperation with innovative partners in already two of our home markets, we are on the right track,” says Christina Foerster, Executive Board Member of Deutsche Lufthansa AG responsible for Customer & Corporate Responsibility, about the signing of the Letter of Intent.

Over the past decade, the Lufthansa Group has been intensively engaged in researching, testing and using sustainable alternative aviation fuels and has pioneered the world’s first long-term testing of biofuel in regular flight operations in 2011. Later, the company became involved in basic research into the mixing behavior of alternative and conventional kerosene and selectively used fuels from novel synthesis processes.

Since then, the Lufthansa Group has been driving forward key technologies for the production of sustainable aircraft fuels through targeted cooperations. The focus here is on sustainable fuels based on residual materials, woody biomass and renewable electrical energy (Power-to-Liquid). Lufthansa had signed a Letter of Intent with the Heide refinery in 2019 in this regard. Since August 2019, the Group has also been using the “Compensaid” online platform developed by the Lufthansa Innovation Hub to enable passengers to offset the CO2 emissions of a flight with SAF, regardless of the airline they choose.

Delta Air Lines’ COVID-tested flights between the U.S. and Italy will open to all customers effective May 16, following the Italian government lifting entry restrictions enabling American leisure travelers to visit the...

Loganair has resumed flights between Newcastle and Exeter, bringing back connectivity between the two cities for both business and leisure travel. Flights are available from £76.66 one way and operate every Monday and...