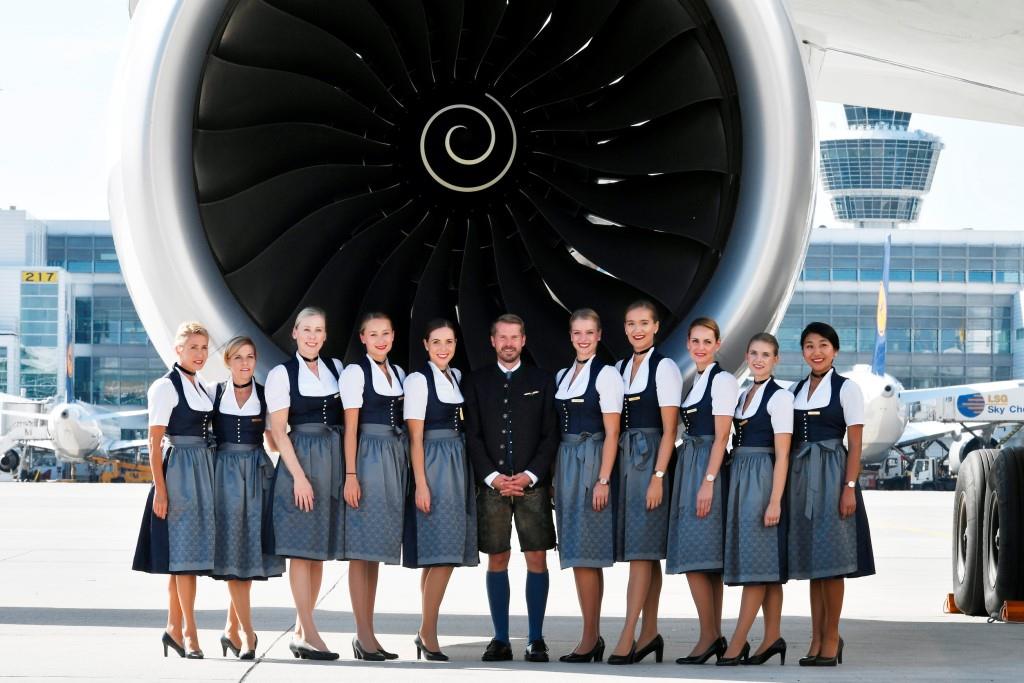 This year the Lufthansa Group will be hiring more than 4,500 new employees in Germany, Austria and Switzerland as things stand in present; among them 3,000 hires will take place in Germany. This involves both re-placement appointments due to fluctuation and, in some cases, job increases. The focus of the recruitment planned in the DACH countries is “on the ground” with around 2,500 positions. Almost 1,300 new flight attendants are to be hired across the Lufthansa Group.

Around 1,000 new employees are slated to be hired at the core brand Lufthansa in 2020. 450 prospective flight attendants alone will begin their training at the Munich location. In addition, 40 flying colleagues will be joining Lufthansa CityLine at the Bavarian hub. The Lufthansa subsidiary in Munich plans to employ approximately as many administrative staff. Furthermore, around 100 recruitments in administration are planned at Lufthansa, along with around 300 in ground operations. The crane airline is also looking for candidates in the area of IT and for other expert positions this year.

The focus on IT that was set last year continues across almost the entire Lufthansa Group, especially with the in-house IT service providers. For example, Lufthansa Industry Solutions is looking to hire around 350 new employees to meet the increasing need for IT services inside and outside the Lufthansa Group – technology specialists as well as specialists with industry-specific knowledge. Lufthansa Systems is also looking for IT specialists of all kinds at its international locations, with plans to hire around 200 people worldwide.

There are over 500 different job profiles at the Lufthansa Group, with its more than 550 subsidiaries and affiliates worldwide. The aviation group currently offers 28 classic apprenticeships at 16 different locations in Germany, Austria and Switzerland. There are also 13 dual-study programs and 4 trainee programs. In total, around 500 new hires for junior positions are planned for this year, including around 50 trainees. When it comes to young talent, Lufthansa Technik Group, based in Hamburg, is well ahead of the field: This year, there is a capacity of roughly 270 positions in apprenticeships or dual-study programs in the areas of aircraft technology, industry or logistics. Overall, Lufthansa Technik Group is planning a total of around 1,200 new hires in its home markets.

SWISS plans to hire more than 1,000 new employees this year, in which around 500 prospective flight attendants will be beginning their training. With the commissioning of two new Boeing 777 long-haul aircraft, the Swiss airline is creating more than 300 jobs in cabin, cockpit and technical areas across the calendar year. A long-haul aircraft is thus equivalent to a small and medium-sized enterprise, generating jobs for an average of 25 pilots, 10 technicians and 120 cabin employees.

Due to internal restructuring and cost-saving measures, Brussels Airlines, Eurowings and Lufthansa Cargo are currently imposing a hiring freeze; with some exceptions. Austrian Airlines will reduce its headcount due to competitive redimensioning. Nevertheless, the airline still plans to offer around 200 new jobs at the Vienna location in 2020. This is the case, for example, in the area of IT, since a new Lufthansa Group center of excellence is being established in Vienna. Austrian Airlines is also hiring young talent: 20 apprentices and a total of 13 students for the dual-study program “AirCelerate”.