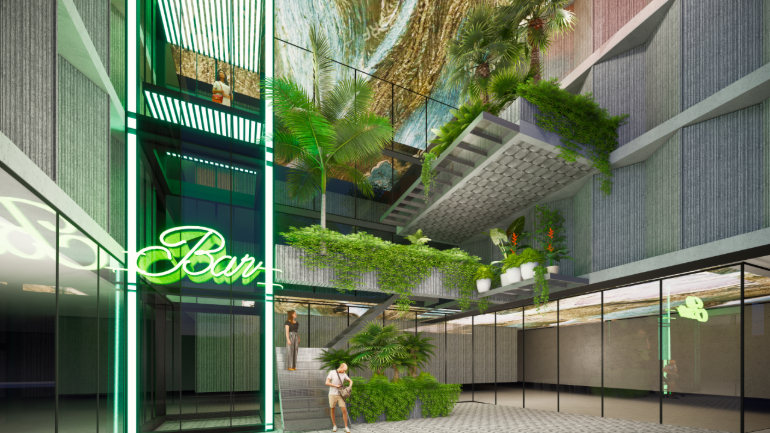 A new-build Holiday Inn will open in the trendy inner-Melbourne suburb of Richmond in 2023, following the signing of a long-term management agreement between IHG and a joint venture between Pelligra Group, PrimeLand Group and Diamond Hospitality Singapore.

The stylishly designed 160-room hotel will be part of mixed-use development and will feature IHG’s signature Open Lobby, combining the front desk, lobby, all-day dining and bar, lounge area and business centre into an open space with fresh, modern design.

Directly opposite Burnley Station and a short 10-minute walk from the MCG and Rod Laver Arena, Holiday Inn Melbourne Richmond will be a new home away from home for football, tennis and cricket fans. Additionally, with so many demand drivers such as Botannica Corporate Park, Richmond health zone, the East Melbourne and Fitrzroy health & education precinct, and the bustling Melbourne CBD nearby, the hotel is sure to be a hit with corporate travellers to Melbourne.

This is the second hotel signed between IHG and Pelligra Group, with Holiday Inn Melbourne Werribee also scheduled to open in early 2021.

IHG has put a focus on regional growth in Australasia, with several recent Holiday Inn signings including in Queenstown’s Remarkables Park, Wagga Wagga, Melbourne Dandenong, Geelong, Melbourne Ringwood, Melbourne Coburg and Melbourne Werribee, which are all new build properties that will set a benchmark for the brand in the region.

IHG currently has 51 hotels operating under four brands in Australasia, including: InterContinental, Crowne Plaza, Holiday Inn, voco and Holiday Inn Express, with another 35 in the pipeline, including Hotel Indigo.

Abhijay Sandilya, IHG’s VP of Development, said: “Holiday Inn has made its mark as one of Australasia’s fasted growing hotel brands, and Holiday Inn Melbourne Richmond complements our 28 open or pipeline hotels. Not only is Richmond a great destination for sports fans, it boasts a number of demand drivers in the technology, health and education space, and we are confident this hotel will be a favourite with corporate, event and VFR travellers. We are exceptionally excited to build our relationship with Pelligra Group to bring this exciting Holiday Inn to the market.”