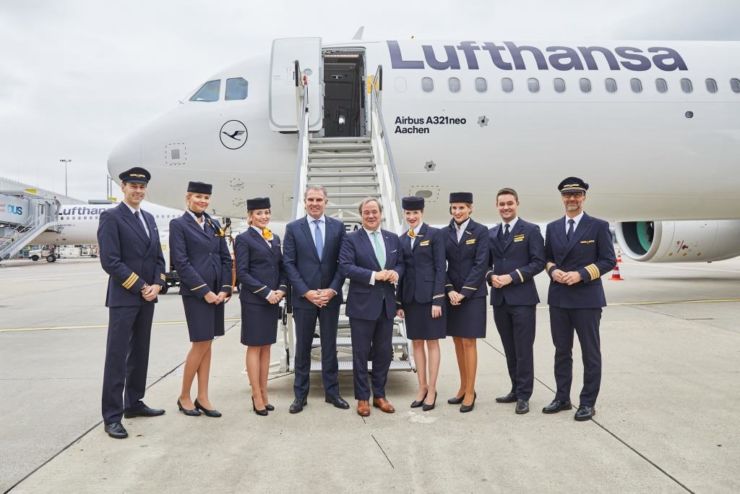 Lufthansa Is Off to Latin America

From now on, Lufthansa is including the connection to São Paulo in its Munich flight schedule again. Three weekly connections with the Airbus A350-900 to the largest city in Brazil are planned. Flight number LH504 takes off in Munich on Mondays, Thursdays and Saturdays at 10:30 p.m. and arrives in São Paulo at 6:55 a.m. the following day. The return flight leaves the Brazilian metropolis at 6 p.m. local time and arrives in Munich at 9:35 the next morning. Lufthansa Group now offers a total of 17 weekly connections from Europe to São Paulo. “We are pleased to connect São Paulo with our premium hub in Munich again. For the first time ever, Lufthansa is using the Airbus A350-900 on flights to South America – the most modern and environmentally-friendly long-haul aircraft in the world,” says Markus Binkert, CCO Hub Munich & Senior Vice President Marketing.

São Paulo is the most important economic, financial and cultural center of Brazil and the largest industrial conurbation in Latin America. 21 million people live in the Grande São Paulo metropolitan area, making São Paulo one of the largest cities in the world.

Airbus A350-900: the world’s most sustainable long-haul aircraft

Lufthansa is serving the new destination with an Airbus A350-900, the world’s most modern and sustainable long-haul aircraft. Its kerosene consumption averages 2.9 liters per passenger per 100 kilometers of flight, which is 25 percent less than comparable aircraft types. As a result, the A350-900 produces a quarter less greenhouse gas. The Rolls-Royce XWB engines are among the most efficient engines for large passenger aircraft currently in operation. Together with the weight savings, they result in a noise footprint reduction of 50 percent. At the same time, a modern fleet also means a significant increase in comfort for passengers. The cabin of the A350-900 has received several awards: the Economy Class received the German Design Award in 2018, and the cabin lighting received a special award at “Deutscher Lichtdesign-Preis”, the German lighting design awards. With the introduction of the Lufthansa A350-900, it is possible for the first time to provide biorhythm support with the right light at the right time.  And another special feature of the A350-900: due to the special structural design, cabin pressure remains comfortable during cruising, so that passengers arrive better rested.