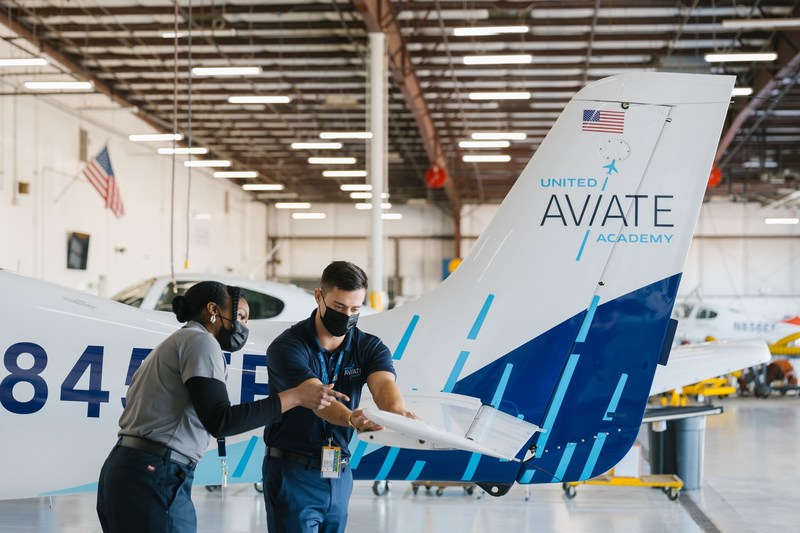 United Airlines today announced a strategic equity investment in Natron Energy, a battery manufacturer whose sodium-ion batteries have the potential to help United electrify its airport ground equipment like pushback tractors and operations at the gate. United has made substantial investments in companies developing technology to reduce aircraft emissions, but Natron is the first that has the potential to reduce the greenhouse gas footprint from United’s ground operations.

“United Airlines Ventures was created to identify companies spearheading the next generation of innovative and emissions-reducing technology,” said Michael Leskinen, President of United Airline Ventures. “Out of the gate, we primarily focused on technology designed to help reduce carbon emissions from our airplanes. Natron’s cutting-edge sodium-ion batteries presented an ideal opportunity to both potentially expand our sustainability investment portfolio to our ground operations, and to help make our airport operations more resilient. United is looking forward to future opportunities to work with our airport partners on sustainable technology initiatives.”

United has more than 12,000 pieces of motorized ground equipment across its operations, of which about one third are currently electric. Natron’s batteries could potentially be deployed in support of a number of uses, including:

“Natron’s sodium-ion batteries will help the aviation industry achieve its decarbonization and EV goals,” said Colin Wessells, CEO of Natron Energy. “Our batteries provide the high power over short distances that ground service equipment needs, and unlike lithium-ion, Natron’s batteries are completely nonflammable and can be safely deployed into ground service operations.”

The sodium-ion batteries contain several features that distinguish them from existing battery technology. In addition to better output and cycle life than their lithium counterparts, testing performed by an independent testing service has shown these batteries to be nonflammable, a critical safeguard for the high usage and power that would be required for certain operations. The minerals used in sodium-ion batteries are abundant worldwide and are easily sourced, unlike lithium which is in short supply with demand expected to triple by 2025.

Natron plans to use the funds to accelerate production at its manufacturing facility in Holland, Michigan, where it will scale operations to begin mass production of UL-listed sodium-ion batteries in 2023.