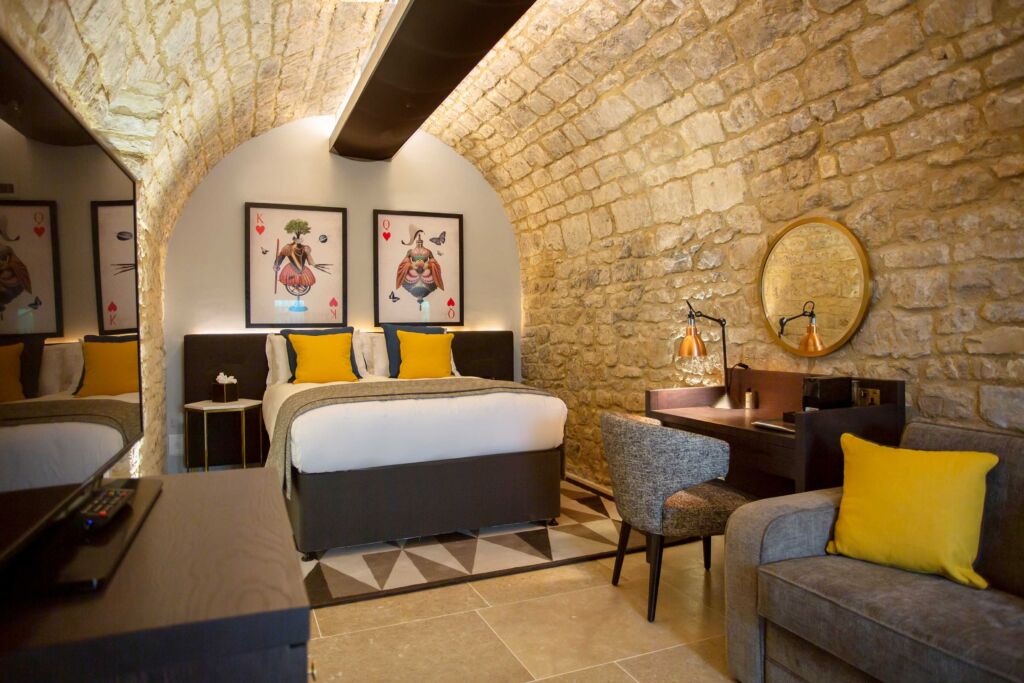 The rooms are equipped with a King-size Hypnos bed with luxury Egyptian cotton linen, a spa-inspired bathroom with roll-top bath and separate walk-in rainfall shower, a Nespresso coffee machine, high speed Wi-Fi and a variety of channels on a 43” flat screen TV. The Vault rooms start from £299.00 per night B&B.

Hotel Indigo Bath, set in a beautiful honey coloured Georgian Terrace, opened its doors on 9 September 2020. The 18th century, Grade 1 listed building is the first global boutique hotel in Bath where reassurance meets style, creativity, and attention to detail. As well as ‘The Vaults’, there are 154 additional guest rooms designed around four beautiful themes reflecting the history and locality of Bath. These include ‘Romance & Mischief’ rooms, ‘Literary Hideaway’ rooms, ‘Architectural Beauty’ rooms and ‘Garden’ rooms.

Nicola Fender, General Manager at Hotel Indigo Bath said “We are delighted to open our underground Vault rooms. They provide such a unique experience combining the history of our building with modern design and a luxurious feel”.
Hotel Indigo Bath is located just 10 miles from M4 Junction 18 & the A46, and only 19 miles from Bristol International Airport. Bath railway station is only 0.2 miles from the hotel. The hotel is situated at South Parade, Bath, BA2 4AB, telephone 01225 460441 or [email protected]

Another interesting hotel is located in Lviv in a reconstructed building of the former 19-century Austro-Hungarian bank in the historic part of the city.

Hotelbeds Reaffirms Its Commitment to Turkey