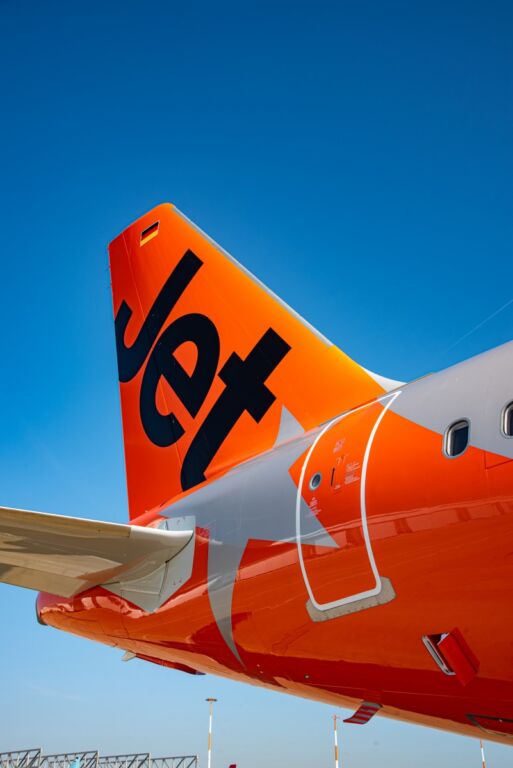 In celebration of its 18th birthday today, Jetstar has unveiled the new livery for its world-class fleet of Airbus NEOs as the airline prepares to embark on a new era of flying.

The first of Jetstar’s pipeline of 38 NEO aircraft is set to arrive in Melbourne in the coming months, with the A321LR aircraft commencing flying on some of Jetstar’s most popular domestic routes, including from Melbourne to Cairns.

Featuring a unique orange tail and underbelly, and freshly branded wingtips, the new livery uses a two coat ‘basecoat-clearcoat’ system which is longer lasting and reduces paint weight by up to 30 per cent, resulting in a fuel saving of up to 108 tonnes each year across the whole A321LR fleet and a saving of nearly 350 tonnes of CO2 emissions.

In addition to being 15 per cent more fuel-efficient, the A321LRs feature a number of benefits that will enhance the customer experience including:

Jetstar Group CEO Gareth Evans said the arrival of the NEO fleet was one of the most significant milestones in the airline’s 18-year history.

“Today we’re excited to not only be celebrating our 18th birthday but also unveiling a new look for our incoming fleet of NEOs, representing a new era of flying for Jetstar,”  Mr Evans said.

“These modern aircraft are world-class in terms of performance, comfort and sustainability, ensuring our customers will enjoy a new range of benefits on board.

“With the NEOs arriving in our 18th birthday year, their arrival symbolises how we’ve grown to become the largest and most successful low-cost carrier in the Asia Pacific region.

“In addition to flying on our most popular domestic routes, the long-range NEOs open up new international opportunities, providing us with an opportunity to expand our international network and deliver on our promise to offer more low fares to more destinations.”

A further 20 A321XLR aircraft will arrive between 2024 and 2029, providing an even longer range of narrowbody flying.