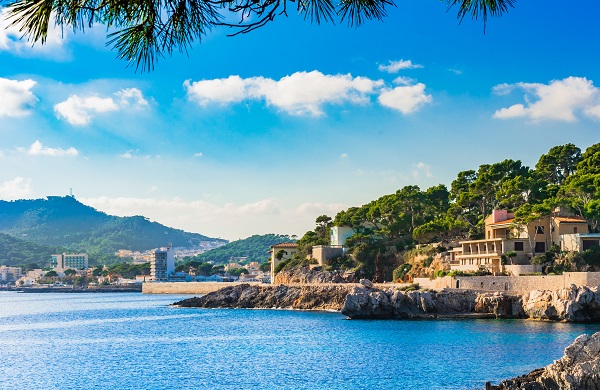 Dreaming of long, lazy days soaking in the sun? Virgin Limited Edition has announced it is opening a brand new, luxury hotel on its Son Bunyola Estate in the Tramuntana region of Mallorca next summer.

Currently being developed, the hotel consists of a historic Finca (a rural land with an estate building) that is being restored and is surrounded by stunning landscape on the beautiful Son Bunyola Estate. The development of the Finca will form an integral part of a spectacular 810-acre estate on a UNESCO World Heritage Site.

Surrounded by vines, citrus fruit trees, and almond and olive trees, the Finca is a historical monument that dates back to the 15th century. It is central to the private estate and fundamental to the local area’s history. The Finca will be brought back to life as a stunning hotel in one of the most prestigious and protected areas of the Tramuntana region.

“The North West Coast of Mallorca has always been a very special place for Sir Richard Branson and Virgin Limited Edition,” Jon Brown, managing director of Virgin Limited Edition, said. “We are absolutely thrilled to have the opportunity to restore this beautiful monument and honour its rich history, and look forward to welcoming another small luxury hotel to our portfolio – not least inviting guests across the globe to discover this unspoilt corner of the world.

Breathing new life into the historical property, Virgin Limited Edition began developing the Finca in June 2021. The meticulous historical reconstruction project focuses on the existing buildings and structures, using traditional and local materials at the core of the hotel’s design. The combination of new design with existing historical elements including wooden carpentry, stone arches, wrought ironwork and lime rendering will help bring the hotel to life, while also ensuring the Finca’s history is celebrated.

The hotel will be made up of the main Finca and the Tafona, which previously contained the olive press, as well as several annexe buildings. These will house 28 rooms and suites, including two showcase Tower Suites – one of which was originally a medieval defence tower built in the 15th century. The hotel will offer two restaurants, lounges, several external dining terraces and an impressive, brand-new swimming pool with incredible views of the surrounding countryside and Mallorca’s famous Sa Foradada coastline.

Virgin Limited Edition has put sustainability at the heart of this conservation project, with a number of initiatives fundamental to the early design stages. Hot water for the hotel will be preheated using energy collected from the air conditioning and refrigeration cooling systems, while the installation of a biomass boiler is to be powered by recycled wood chippings. The buildings’ thermal insulation has been upgraded and water is being collected and reused for irrigation, while the addition of a building management system will be introduced throughout the hotel to monitor and control lighting, air conditioning and power consumption within the property.

Bookings for the new hotel will open later this year, ahead of its grand opening in summer 2023.