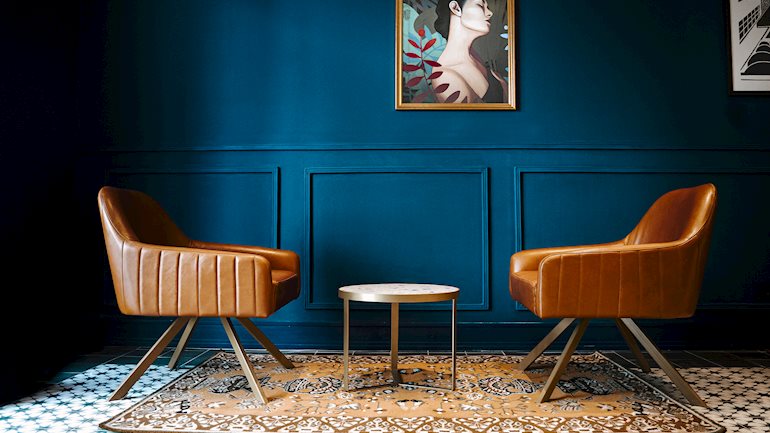 Hotel Indigo continues its growth momentum with three exciting openings in some of the most distinct locales in the United States – New Orleans, Nebraska and Colorado.

Just as no two neighborhoods are the same, no two Hotel Indigo hotels are alike. Each hotel illuminates the world within its neighborhood, drawing inspiration from local history and cultural traditions, architectural influences, culinary scenes as well as diverse personalities. Visitors and locals alike will discover warm, vibrant atmospheres that spark curiosity, encourage exploration, and inspire connection from the moment they step inside.

“We’re excited to continue expanding the Hotel Indigo portfolio within this important market, bringing even more unique stays to meet guests’ expectations. After two years of putting plans on pause, many travelers are looking forward to embracing authentic new experiences as well as rediscovering their own backyard. The latest Hotel Indigo openings offer rich options to immerse in vibrant and varied neighborhoods, from a mountain retreat to a cultural melting pot, coupled with inspiring design and welcoming service that have become brand hallmarks,” said Carol Hoeller, Vice President Global Brand Management, Hotel Indigo.

As the brand’s first mountainside hotel in the U.S., Hotel Indigo Silverthorne is an inviting escape offering high altitude adventure. Silverthorne, situated between the resorts of Breckenridge and Copper Mountain, is a charming town with a rich history. In 1881, Judge Marshall Silverthorne, the town’s namesake, came to the area searching for gold. The Judge’s fortune-seeking blinded him and others to the area’s true riches – the vast abundance and staggering beauty of its surroundings. Today, Silverthorne is a thriving small town with the same curious spirit of its forefathers.

Set amongst Colorado’s wild and unrelenting beauty, Hotel Indigo Silverthorne looks to the snow caps of nearby Gore Range and Buffalo Mountain, the Blue River’s meandering, fir-lined banks, and the swelling, grassy river valley as inspiration, celebrating these natural wonders and the local neighborhood throughout the property. As guests enter the hotel, they will be met with a roaring fire as well as warm, earthy accents and artwork influenced by its natural surroundings.

Hotel Indigo Silverthorne also takes inspiration from its residents – workers who came decades before with dreams of mining for gold or to build the Dillon Reservoir as well as town dwellers who converge annually to celebrate stunning fractals in the snow, the Noche de Candela Festival or the Burning of the Snowman. The unique design of the hotel’s 111 guest rooms is inspired by the town’s historic roots, featuring gold patterns interlaced in its décor as a subtle nod to those who originally came in search of gold.

From an on-site ski shop to on-property bike rentals perfect for coasting down the Angler Trailhead, Hotel Indigo Silverthorne offers an array of amenities designed for local exploration. An indoor heated pool with patio views is a peaceful place to relax after a day hitting the slopes. The hotel’s restaurant, Kúcu Bistro & Tequila Bar, a reference to nearby Buffalo Mountain with “kúcu” meaning “buffalo,” is a buzzing spot where visitors can mingle with locals. Serving up locally inspired fare, taste the restaurant’s signature Elk Chucks skewered with cactus and crispy hatch rellenos.

New Orleans is a place where everyone is encouraged to live as their authentic selves. Hotel Indigo New Orleans – French Quarter takes inspiration from the sounds and sights of local traditions, including the booming melodies of brass bands, the creative costuming of locals and visitors alike, and the enticing beckon of the city’s “second line” parades.

The “second line” tradition is woven into the fabric of the community and dates back to the social aid and pleasure clubs of the early 19th Century. This celebratory parade was open to any and all to rejoice in life, eventually entrenching itself in the daily ritual of life – marking funerals and celebrations, or for no other reason than to convene in merriment.

The 143-room Hotel Indigo New Orleans – French Quarter invites guests to be “part of that number,” whether visiting as a quick stop during the day or enjoying for a longer period. Located in the Central Business District along the world’s oldest continuously operating street railway, the hotel now stands at the very intersection where the historic St. Charles Hotel once loomed. The spirited neighborhood, steps from the vibrant French Quarter, is a crossroads of historic architecture and contemporary life, with public artworks celebrating the city’s rich culture, notable theaters and lively new food halls.

After discovering the local art galleries, jumping on the St. Charles line for a nostalgic street railway ride, and tasting Café du Monde’s famous beignets, visit Common Interest, the hotel’s restaurant lounge that brings together a cultural cauldron of guests and locals while serving up a contemporary twist on traditional New Orleans cuisine.

The new Hotel Indigo Omaha Downtown reflects the careful craftsmanship of the past while meeting guests in the now. Blending small town familiarity with big city appeal, Omaha is a city that reveals more beneath the surface. For centuries, native tribes thrived along the surrounding bluffs and swelling grasslands of present-day Omaha, including the city’s namesake Omaha tribe. The word “Omaha” loosely translates to “dwellers on the bluff.”

The fur trade between native tribes and pioneering settlers provided the basis for permanent communities in the first half of the 19th Century, and a post-World War I building boom saw the construction of the iconic The Logan as well as charming homes along Florence Boulevard. During The Logan’s infancy at the height of Prohibition, several homes on “Omaha’s Prettiest Mile” are rumored to have been part of the illegal liquor trade. Local lore suggests a series of underground tunnels were used as secret passageways to move and store liquor. While the tunnels’ tales have evolved throughout the past century, so too has Omaha.

These underground vaults and tunnels make up parts of the historic Hotel Indigo Omaha Downtown, located blocks away from the Missouri River separating Nebraska and Iowa. The hotel welcomes guests with a sophisticated ambiance complemented by rich, textural elements and modern guest rooms. Paying tribute to the neighborhood’s clandestine past is Anna’s Place, a speakeasy nestled within the hotel’s lobby that stirs up Prohibition-inspired cocktails made with local spirits and ingredients.

With Hotel Indigo Omaha Downtown just steps from the city’s cultural gems, guests are encouraged to discover the local creative scene where they can explore numerous venues for music, plays and museums, including the Joslyn Art Museum and The Durham Museum. Those seeking a gastronomic journey will enjoy uncovering the many multicultural flavors and familiar favorites around the neighborhood.