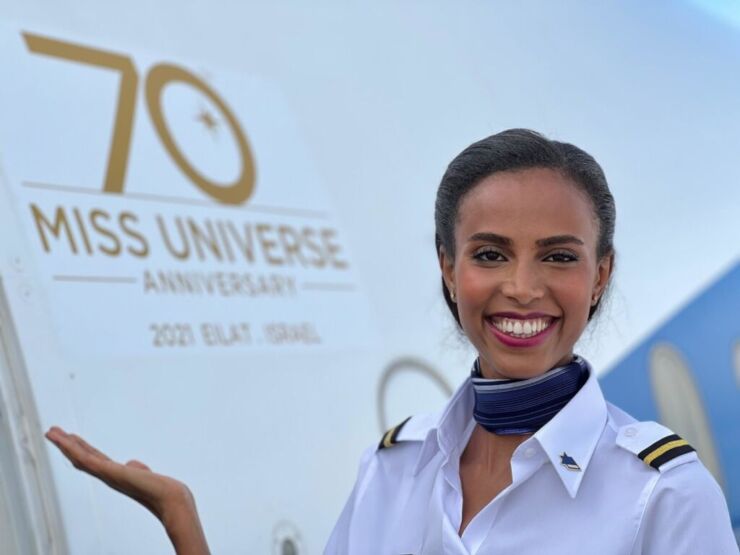 EL AL is the official airline of the Miss Universe 2021 competition that will take place for the first time in Eilat, Israel. Over the last few days, representatives from 80 countries and 5 continents have arrived in Israel ahead of the competition, including the current Miss Universe, Mis Andrea Maza, Mexico’s representative.

The international competition will be broadcast live to more than 170 countries and to 600 million viewers all over the world. This year, the competition will highlight the significant issue of the global warming as part of a green agenda that is also part of the values of the “Miss Universe” organization.

During their stay in Israel, the delegates were guests at EL AL and took part of the Miss Universe campaign to encourage tourism to Israel and to strengthen the EL AL brand around the world.

The event and the participants are hosted in Israel by the Israel Ministry of Tourism.

Even though Israel is currently closed to tourists now, however, the delegation arrived under Covid 19 regulations and received special approvals to enter Israel.

Amit Sagi, CMO and CDO of EL AL said: “We are proud to be the official airline of the competition, to fly hundreds of participants to this competition from dozens of countries around the world and give them their first experience of Israel, already on the way here. EL AL is not just an airline, its Israel”.