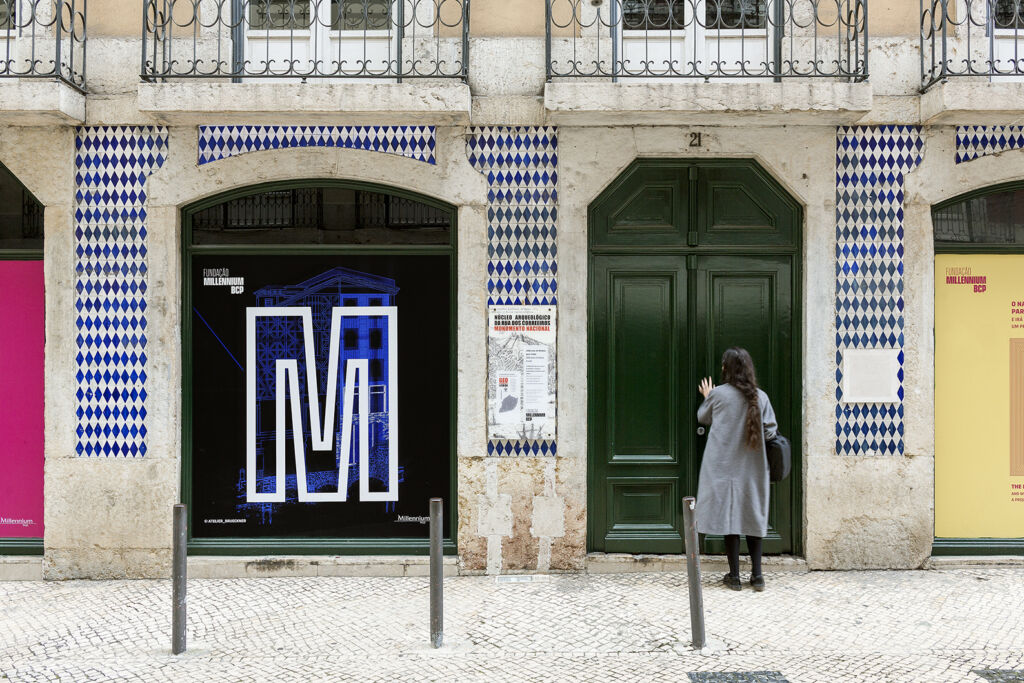 Archaeology in Lisbon: The Núcleo Arqueológico da Rua dos Correeiros (NARC) has a new design that is highly immersive in terms of its content. It comes from the Stuttgart scenography experts of ATELIER BRÜCKNER. The museum will celebrate its re-opening on 23 November. From 24 November onwards, Archaeological Museum in Lisbon will welcome visitors with guided tours. “NARC is an unusual place where the traditional presentation of time disappears: the past and present experience are connected to each other. 2,500 years of history and vestiges of a city that has been filled with life uninterruptedly become an immersive experience”, says Shirin Brückner.

In the middle of the city centre, not far from the Arco da Rua Augusta, the NARC offers an archaeological journey back into Lisbon’s past. It is located beneath the Millennium bcp bank building. The archaeological site was opened up during excavations in the years 1991 and 1995 and has been listed as national cultural heritage since 2015. If offers access to all of Lisbon’s settlement phases – a timespan of more than 2,500 years. Remains of buildings and excavated finds are witnesses of the past, informing the visitor about the Iberian-Punic, Roman, Visigoth, Islamic, medieval and Pombal period.

The visitor enters the museum, which is sponsored by the Millennium bcp Foundation, from the well-known shopping street Rua dos Correeiros. The intro offers an overview of the epochs that placed their stamp on Lisbon, combined with a chronological preview of the items in the exhibition: they range from wall remnants of a Phoenician house from the Iron Age to a baking oven that remained in use up to the 19th century. The iconic exhibits of the museum include a shard of earthenware from the 3rd century BC that shows a stylized boat. Interactive showcases, presenting the objects found on site, invite the visitors to explore.

Starting from the prologue room, visitors descend into the past. On a guided tour, they experience the dig, passing over a bridge that enables access to the excavation site. The guide, using an iPad, activates light, sound and informative layers that are projected onto the exhibits in situ, exactly where they were found. Additional information is provided by animated illustrations on the black glass walls that enclose the space. The glowing blue and white filigree lines stand out in the dark and contribute to the specific character of the space. The dig transforms into a staged setting. By contextualizing the finds, its original significance is conveying.

The museum visitors become curious about pools, for example, which are set into the floor. They turn out to be antique fish tanks. A projected, animated fish graphic illustrates this. Sardines were preserved as fish sauce and exported to the Roman Empire by ship from ancient Olisipo. Antique amphorae, also on show, served as transport containers. Fishing, fish preservation, salt production and pottery were the economic foundations of the ancient city.

An earthquake in 1755 was an especially incisive moment in the history of Lisbon. The Baixa district, where the museum is located, was almost completely destroyed. The Marquis of Pombal had the city centre rebuilt and endowed it with a forward-looking, pioneering character. The Pombal style of construction, a symmetrically arranged urban plan with buildings made of earthquake-resistant wooden structures, is named after him. The archaeological layers of the NARC reveal signs of the earthquake. House ruins and rubble can be seen. Animated illustrations show the innovative structures of the reconstruction, which continue to characterize the cityscape even today.