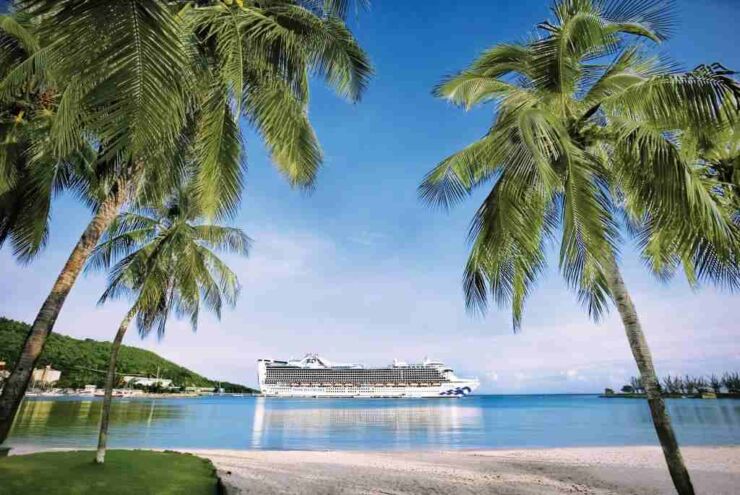 Princess Cruises to Set Sail from the Port of Los Angeles

Princess Cruises has started to sail guests from the Port of Los Angeles on September 25, marking the first cruise vacation departure from San Pedro since the cruise industry’s pause in operations early last year. After an 18-month operational pause, the Grand Princess has resumed service from Los Angeles with a series of short cruises to Mexico and the California Coast.

Princess Cruises is Los Angeles’ hometown cruise line and has been sailing out of the Port of Los Angeles since 1965, and does so more frequently than any other cruise line. Over the past decade, Princess had more than 700 ship visits in Los Angeles—the most of any line in the last decade.

Jan Swartz, president of Princess Cruises, visited Grand Princess to take part in a ribbon-cutting ceremony officially welcoming the first guests on board. “It is a pride point for us that Grand Princess is returning to service in our hometown port. Our crew members are eager to welcome guests back on board as we continue resuming operations in the United States,” said Jan Swartz, Princess Cruises president. “We are grateful to the Port of Los Angeles for their support during the pause and are excited to be working together once again.”

Grand Princess departs on a 5-Day Cabo San Lucas Getaway, the first of five sailings with this itinerary and the first of 11 sailings from the port of Los Angeles in 2021. The four- and five-night getaway cruises will continue to be offered through Nov. 5, and include calls in San Diego, San Francisco and Ensenada.

With the Grand Princess, Princess Cruises now has four cruise ships in revenue service, including Sky Princess and Regal Princess which are sailing out of Southampton, England.

Majestic Princess was the first ship to welcome Princess guests back to the US and is currently wrapping up a season in Alaska. Starting on Oct. 6, the vessel is set to join the Grand Princess in Los Angeles, offering a series of Mexican Riviera and California Coast cruises.