The Sea Cloud Spirit Is Christened and Ready for Service 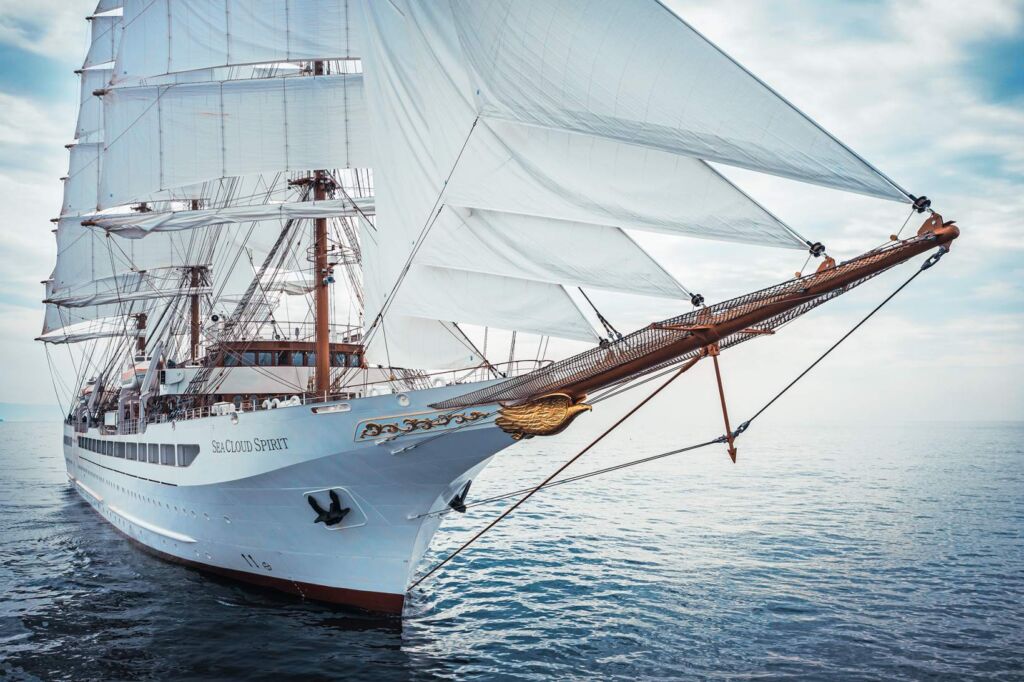 The Sea Cloud Spirit was officially named and christened at the cruise terminal in Palma de Mallorca. Sea Cloud Cruises has now put its new three-masted full-rigged ship into service. “May you always carry a special spirit across the oceans, as your name promises,” said Gabriela Toran, who christened the ship. The wife of the ship’s designer Iñigo Echenique took over the godmother duties for the ship after the originally planned godmother Infanta Elena of Spain had to cancel. The emotional ceremony speech proved Gabriela Toran’s deep attachment to the proud tall ship, being a part of the project from the initial idea to her successful completion.

In line with the Hamburg shipping company’s concept, the new luxurious windjammer will bring a breath of fresh air to the cruise market. The Sea Cloud Spirit is the modern interpretation of the shipping company’s flagship, the Sea Cloud, which has been setting standards for exceptional ocean voyages for 90 years. The classically hand-sailed newbuilding combines the comfort of a five-star luxury ship with the traditional seamanship of those windjammers that pioneered modern world trade in the transition from the 19th to the 20th century.

The 138-metres-long (452.7-feet) three-masted full-rigged ship can accommodate up to 136 guests. The new build is equipped with all the characteristics of a modern cruise liner, including balcony cabins, a wellness area and a fitness centre. Conceptually, the ship is an alternative offering for all cruisers in the premium segment who want to forgo the large passenger ships, but do not want to miss out on sea travel.

The Sea Cloud Spirit will set off on her maiden voyage from Rome on September 14, 2021. After initial voyages along the Italian coast between Tuscany and Sicily, the windjammer will cruise the waters around the Canary Islands from November 2021 to April 2022.

For the winter season 2022/2023, the new ship is scheduled to debut in the Caribbean and Central America, and will also offer voyages from Florida to the smaller Bahamian islands for the first time.