Iuliia Tore
3 min read
Radisson Hotel Group announces the relaunch and repositioning of Radisson Blu Hotel, Bucharest, following a major capital investment to elegantly transform the hotel’s lobby and garden area, as well as increase the hotel’s room inventory by more than 600 rooms. The hotel will be joining Europe’s largest upper-upscale brand and Romania’s market leader, Radisson Blu, as part of Radisson Hotel Group.
Radisson Blu Hotel, Bucharest’s extensive transformation includes a brand-new redesigned lobby and a revamped inner garden with a dedicated dining and pool area, welcoming guests to a completely new, elegant, and sophisticated ambiance inspiring unforgettable experiences with every stay. The new arrival concept offers guests increased indoor and outdoor premium seating, a welcoming lobby bar, a blossoming garden, a relaxing pool area, and new, state-of-the-art indoor and outdoor bars to create the perfect private dining and special events. Other new key characteristics of the hotel include five on-site restaurants, three bars, an indoor and outdoor pool, as well as eleven high-quality meeting spaces suitable for up to 650 guests in reception style.
The investment project for the expansion of the Radisson Blu complex will continue into 2022 with the addition of 200 brand-new guest rooms to create an astonishing new look, new feel, and unique rooms concept. The new rooms will be located in fully refurbished buildings including the latest, high-end technology and amenities to ensure the maximum comfort and safety of all guests. With 623 rooms and suites in total, Radisson Blu Hotel, Bucharest is one of the largest 5-star hotels in Central Eastern Europe (CEE).
As the capital of Romania, Bucharest has many things to offer both business as well as leisure travelers. This metropolitan city is widely known for its Belle Epoque buildings, tree-lined boulevards, and rich history. Frequently called “Paris of the East”, Bucharest is home to many iconic landmarks including the Palace of the Parliament, the most expensive administrative building in the world, as well as many beautiful orthodox churches, marvelous buildings, and historic cobblestoned Old Town.  Situated in the heart of the city, Radisson Blu Hotel, Bucharest is a short 25-minute journey from Bucharest Henri Coandă International Airport.
With the health and safety of guests and team members as its top priority, Radisson Blu Hotel, Bucharest applies the Radisson Hotels Safety Protocol program. The in-depth cleanliness and disinfection protocols were developed in partnership with SGS, the world’s leading inspection, verification, testing and certification company, and are designed to ensure guest safety and peace of mind from check-in to check-out.
Radisson 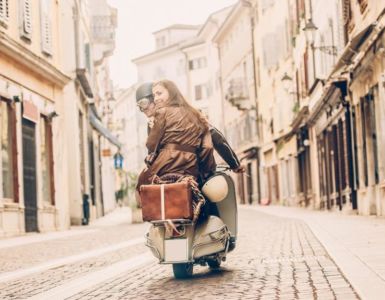 IHG Hotels & Resorts has opened voco Milan – Fiere the first voco property in Italy. The hotel is a short distance from the capital’s main airports, Linate and Malpensa, has great access to Milan city centre, and...

Marriott International today announced it has signed an agreement with Saxum Group to develop the first Fairfield by Marriott and second Residence Inn by Marriott in Costa Rica, growing its portofolio to 17 hotels in...