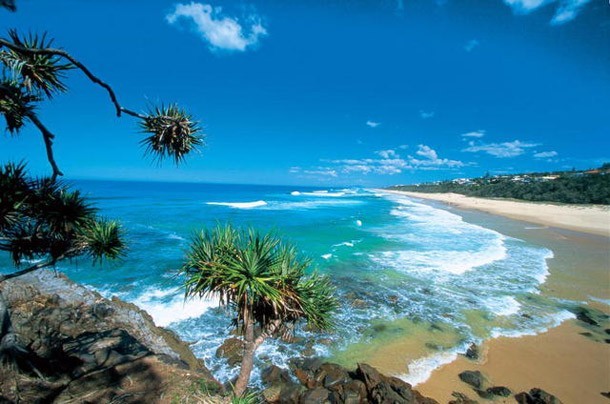 Qatar Airways Group Chief Executive, His Excellency Mr. Akbar Al Baker said: “We are excited to resume services to Adelaide, highlighting our ongoing commitment to the Australian market during this difficult period. With the largest global network in the region and the Best Airport in the Middle East offering seamless and efficient connectivity to destinations across the world, we have been the airline of choice for many Australian Embassies to help bring Australians home. Australian Government data (BITRE) showed during the peak of repatriation efforts, our airline helped take home almost ten times more passengers in and out Australia than our nearest competitors.

“We are proud to have been one of the few airlines to never stop services to Australia, even expanding our Australian operations during the crisis, to help repatriate over 170,000 Australians and international travellers with their loved ones and transporting hundreds of tonnes of cargo to maintain vital supply chains for Australian agriculture exporters. The resumption of Adelaide services and the recent launch of new flights to Brisbane demonstrate our long-term commitment to Australia and our guarantee to support Australian passengers and exporters with global connectivity during both good and bad times.”

Australian Minister for Trade, Tourism and Investment and Senator for South Australia, The Hon Simon Birmingham, said: “I am delighted to see the ongoing commitment of Qatar Airways to the Adelaide market. These flights will provide another freight route for South Australian exporters, enabling them to get their high-quality produce onto planes and into the Middle East and Europe.

“While international travel restrictions remain an important line of protection for Australia against COVID-19, the resumption of services will provide another avenue for repatriating Australians and eventually provide a path for international tourists into South Australia when our borders re-open.”

South Australia Premier, The Hon Steven Marshall MP said: “This is a great vote of confidence in South Australia, and a very positive first step in reinstating services for when our international borders open. Qatar Airways has been a growing brand flying into Adelaide for a number of years helping to service important markets to and from Europe, so it is terrific to see flights back in the air and see some early optimistic news from the sector.”

Adelaide Airport Managing Director, Mr. Mark Young, said: “We’re excited to welcome back Qatar Airways and we welcome their reaffirmed commitment to the Adelaide market. This will be the first regular international passenger service to the Middle East since March, and will open up important connections through to Europe and beyond for both essential travellers and South Australian freight exporters.”

Qatar Airways Cargo has operated a large number of charters and freight-only passenger aircraft to support Australian exporters and transport essential medical supplies during the COVID-19 pandemic. It also introduced twice-weekly Boeing 777 freighters to Melbourne and Perth in April 2020 in response to the demand for Australian fresh produce and pharmaceuticals. With the resumption of passenger flights to Adelaide, the airline will operate a total of 25 flights in and out of Australia every week, comprising of 23 belly-hold cargo flights and two freighters, offering more than 700 tonnes of weekly cargo capacity each way.

Qatar Airways was one of the first airlines to join the Australian Government’s International Freight Assistance Mechanism (IFAM), providing an export lifeline and global network to farmers and other exporters across Australia. Through the IFAM project, the airline has helped restore vital global supply chains between Australian exporters and their customers throughout the Middle East, Europe and Asia.

Qatar Airways began its services to Adelaide in 2016 — flying the first Airbus A350 into Australia. The twice-weekly service to Adelaide will be operated by the airline’s fuel-efficient Airbus A350-900, offering 36 seats in Business Class and 247 seats in Economy Class. The airline recently made the decision to ground its fleet of Airbus A380s, and instead operate its full fleet of Airbus A350 and Boeing 787 aircraft, as they are more environmentally and commercially sustainable. Benchmark figures identified that Qatar Airways’ fleet of A350 aircraft saved up to 20 tonnes of CO2 per block hour on routes to Australia compared to the A380.

With the resumption of flights to Adelaide, Qatar Airways will operate 23 passenger flights per week to Australia:

As an airline, Qatar Airways maintains the highest possible hygiene standards, which include the regular disinfection of aircraft, the use of cleaning products recommended by the International Air Transport Association (IATA) and the World Health Organization (WHO), and thermal screening of crew.