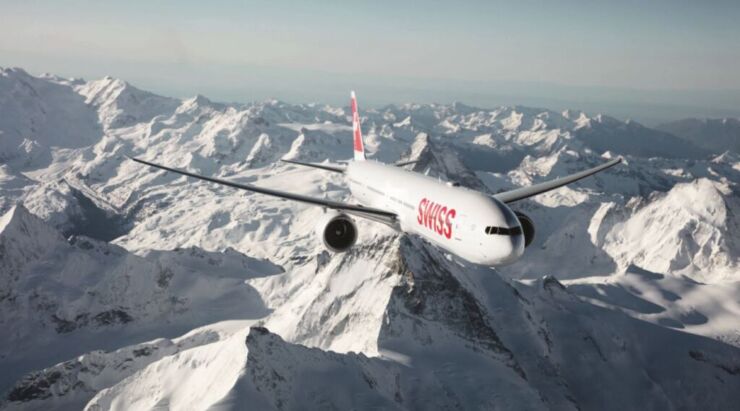 As a result of the coronavirus pandemic and its unprecedented impact on the air transport sector, SWISS incurred an operating loss of CHF 84.1 ($87.3M) million for the first quarter of 2020.

As a result of the coronavirus pandemic and its unprecedented impact on the air transport sector, SWISS incurred an operating loss of CHF 84.1 ($87.3M) million for the first quarter of 2020 (which compares to an operating profit of CHF 48.3 million for the prior-year period). First-quarter revenues also declined to CHF 923 million, some 20 per cent below their prior-year level (Q1 2019: CHF 1.15 billion ). SWISS  transported 21.4 per cent fewer passengers in the first three months of 2020 than it had in the same period last year. First-quarter systemwide seat load factor amounted to 73.3 per cent, a decline of 5.3 percentage points. No forecasts can currently be made of results for 2020 as a whole, in view of the still highly unpredictable nature of the present developments.

The coronavirus pandemic brought civil aviation worldwide to a virtual standstill within weeks. This has also had a dramatic impact on results at Swiss International Air Lines (SWISS) for the 2020 first-quarter period. SWISS reports an operating loss for the quarter of CHF 84.1 million (Q1 2019: operating profit of CHF 48.3 million). With demand for air travel collapsing and capacities reduced accordingly, SWISS’s total first-quarter revenues declined 20 per cent to CHF 923 million (Q1 2019: CHF 1.15 billion). With the further development of the present coronavirus pandemic extremely difficult to predict, no forecast can currently be given on results for 2020 as a whole.

SWISS responded immediately to the lost ticket revenues by initiating various cost-reducing actions. These have included the companywide adoption of short-time working and a hiring freeze, along with the deferral of planned investments. The company will also be resizing its fleet by deferring deliveries of short- and medium-haul aircraft currently on order, and is further considering withdrawing older aircraft earlier than planned. SWISS has also sought government support to avert the still-present threat of temporarily insufficient liquidity.

SWISS Chief Financial Officer Markus Binkert says: “Once it became clear that we would be facing a longer coronavirus pandemic, we took immediate action to reduce our costs. And this, together with financial support from the Lufthansa Group and the loan guarantees that have been provided by the Swiss Confederation, will enable us to bridge any liquidity gap. Needless to say, we will be doing everything in our power to repay such loans with interest with all possible speed.”

SWISS’s first-quarter financial results are mirrored in the passenger volumes for the period. The company carried 2,991,974 travellers in the first three months of 2020, a 21.4-per-cent decline on the prior-year period. A total of 27,270 flights were operated, 19.2 per cent fewer than in the first quarter of 2019. SWISS’s systemwide production, measured in available seat-kilometres (ASK), was 15.9 per cent down on its prior-year level, while its total traffic volume, measured in revenue passenger-kilometres (RPK), showed a 21.5-per-cent decline. Systemwide seat load factor fell 5.3 percentage points to 73.3 per cent.

From 23 March to 31 May SWISS maintained a minimum timetable of scheduled services comprising selected routes within Europe from Zurich and Geneva and a thrice-weekly service between Zurich and New York / Newark in the USA. With travel restrictions now being eased within Europe, the company will be gradually expanding its range of scheduled services to some 15 to 20 per cent of its originally planned programme from June onwards.

SWISS CEO Thomas Klühr explains: “We will be steadily expanding our services from Zurich and Geneva, with the aim of restoring the direct intercontinental connections that are so vital to Switzerland’s economy, politics, society and tourism sector. This will be a step-by-step process that will take two to three years. But we will be doing our utmost to offer the best possible passenger and cargo services under the current circumstances.” Further schedule expansion is planned over the summer months, with a constant eye on all developments in the present various travel restrictions and on the people of Switzerland’s air travel needs.

SWISS has also expanded its air cargo services through its Swiss WorldCargo division, in response to the present high demand for airfreight services. Some 375 cargo-only flights have been performed since the end of March, with a particular emphasis on helping to maintain the supply chains of humanitarian and medical goods from and to Switzerland. Three of SWISS’s 12 Boeing 777 aircraft have also had their Economy Class seating removed to provide more main-deck cargo capacity.

In addition to the above, SWISS further conducted numerous repatriation flights in March and April on behalf of the Swiss Federal Department of Foreign Affairs. The flights brought Swiss nationals and further Swiss residents back to Switzerland from remote regions all over the world.