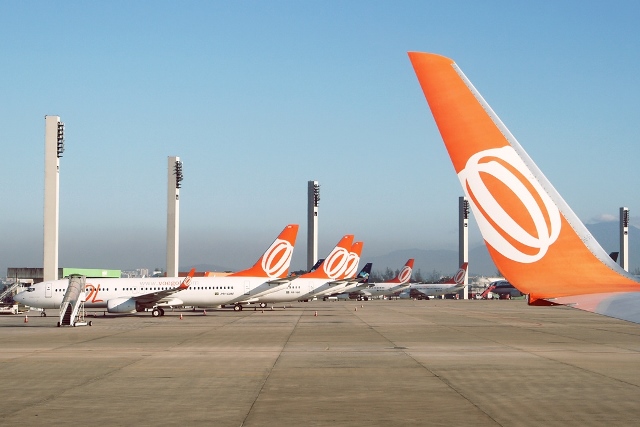 After it is approved by authorities in the United States and Brazil, American and GOL’s new codeshare will allow customers to connect seamlessly to 53 GOL flights beyond GIG, Sao Paulo (GRU), Brasilia (BSB), Manaus (MAO) and Fortaleza (FOR).

“We have a long and rich history in South America, and this new relationship with GOL further enhances our presence in the region,” said Vasu Raja, Senior Vice President of Network Strategy. “Our customers will continue to have access to places they’ve always loved to travel to on American like Rio, Sao Paulo and Brasilia, and will gain access to new destinations on their wish list. We’ll continue to evaluate our network and seek strategic partnerships that benefit our customers and enhance our network.”

“As two of the leading airlines in Brazil and the U.S., GOL and American Airlines will offer the best experience for customers on the largest number of flights and destinations in the Americas”, said GOL CEO Paulo Kakinoff. “This will strengthen GOL’s presence in international markets and accelerate our long-term growth.”

The new codeshare destinations in South America not currently served by American include Asuncion, Paraguay (ASU); Curitiba, Brazil (CWB) and Foz do Iguaçu, Brazil (IGU), pending government approvals. American anticipates GOL’s code to be placed on select flights. The relationship will allow for future frequent flyer redemption and accrual during the first half of 2020.

“GOL and American Airlines will now offer the most convenient flights between South America and the United States,” said Eduardo Bernardes, Vice President of Commercial and Marketing at GOL. “We have strengthened our presence in major airports to better serve our customers. The codeshare partnership will soon increase to more than 30 destinations in the U.S.”

American recently set a record at its MIA hub by carrying 30.3 million passengers last year. The airline plans to carry more passengers this summer, adding 12 new flights from six cities across the U.S.:

All new flights will be operated daily on mainline aircraft, with optimal flight times for connections to Latin America and the Caribbean from MIA. American already increased flights from Austin, Texas (AUS), with one additional flight, and New York City (JFK), with three additional flights, to MIA starting summer 2020.

“As the hometown airline in Miami, we look forward to welcoming more business and leisure customers to sunny South Florida or to connect them to places like Montevideo, where we’re the only airline in the market,” Raja said. “We will continue to meet growing demand in Latin America with strategic partnerships and more service.”

As American partners with GOL and increases service to MIA, the airline is also adding a second daily flight from MIA to GIG during the peak winter season from Jan. 7 through March 28. Flights will operate on the state-of-the-art Boeing 787-8, for a new total of 507 seats per day between MIA and GIG, including 57 seats in Flagship Business and 52 in Premium Economy.