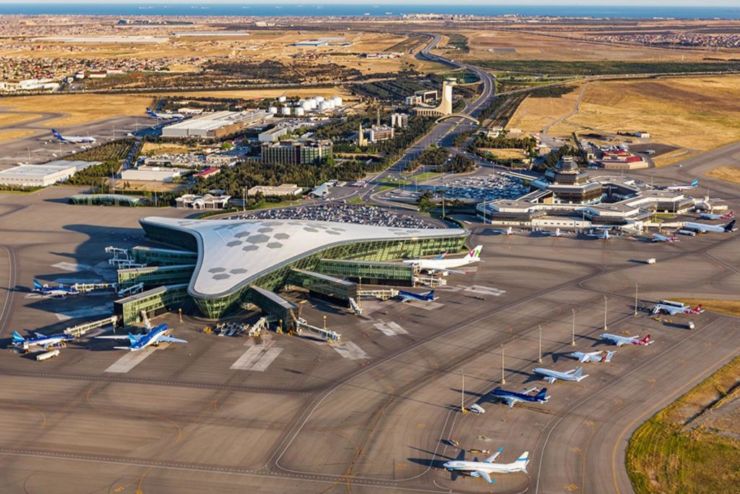 Azerbaijan to Open Sky to All Airlines

For the first time in the history of Azerbaijan ‘s civil aviation, the so-called fifth and seventh freedoms of the air will start operating at all international airports of the country.

From January 1, 2020, these degrees of freedom will enable flights from Azerbaijani airports to 40 countries in Europe, North America, Australia and South-East Asia.

Freedoms of the air is a set of commercial aviation rights granting a country’s airline(s) the privilege of entering and landing in another country’s airspace. The higher the degree of freedom, the more actions foreign aircraft are allowed to perform in Azerbaijani airspace.

Thus, the fifth freedoms of the air allows foreign airlines to perform flights from their airport to other cities with stopovers in Baku (or any other airport in Azerbaijan) for boarding/disembarking of passengers. For example, under the fifth degree of freedom, European air carriers will be able to operate a Paris-Tokyo flight with a stopover in Baku (or any other airport in the country). Or Japanese airlines can perform flights to EU countries with landing at one of the international airports of Azerbaijan.

The seventh degree of freedom enables the air carrier to fly between Azerbaijan and foreign countries, bypassing the intermediate landing at the home airport. For example, a European airline can fly to Azerbaijan from Dubai and then fly to one of the U.S. cities without landing in their home country.

In both cases, the airlines will carry out free commercial activity in all directions, including Azerbaijan.

It should be noted that previously permissions to perform such flights in Azerbaijan were granted to airlines individually.

Under the new conditions, all foreign airlines, willing to operate flights to Azerbaijan in the future will have the same rights as the national air carrier.

This will increase foreign airlines’ interest to perform flights to Azerbaijan, open up new markets for them, and allow them to boost their passenger traffic and enhance the attractiveness for tourists.

The arrival of foreign airlines will also create more travel opportunities for Azerbaijani citizens, as they will have a wide choice of direct flights to near and far abroad.

From 1 January 2020, all airlines that wish to fly to 40 countries in Europe, North America, Australia and South-East Asia will have this advantage. The relevant notification will be sent to the aviation authorities of these countries.

Moreover, any new airline that wants to start flying to Azerbaijan will receive a 100% discount on the airports’ services. In the second year of operation the discount will be 70%, in the third – 50%, in the fourth – 30%. The implementation period and discount rate are to be extended, if the airline increases number of flights and passenger traffic. More detailed information about this can be found on the official website of the airport – airport.az.

“It is a global decision for the country as a whole. Thanks to President of Azerbaijan Republic Ilham Aliyev’s constant care and attention to Azerbaijan’s civil aviation, all conditions have been created at the country’s international airports for providing services to a large number of foreign airlines. Introduction of the fifth freedoms of air at all international airports of the country will make it possible to expand the geography of flights from Azerbaijan, increase the country’s transport accessibility in the foreign market, as well as to realize the country’s tourism potential and provide competitive offers for passengers. Our citizens will have an opportunity to expand the geography of their travels and reduce travel costs to Europe, Asia, Australia and North America,” – noted AZAL President Jahangir Asgarov.

The decision to implement fifth and seventh freedoms of air at Azerbaijani international airports will also give further impetus to the development of the non-oil sector and help open up new jobs in the country.

Currently, there are six airports with international status in Azerbaijan. Besides the Heydar Aliyev International Airport in Baku, all conditions have been created for air carriers at the airports of Nakhchivan , Ganja, Gabala, Lankaran and Zagatala.

All international airports of the Republic have ICAO category up to the third one, are supplied with modern equipment, necessary conditions have been created here for ground service, aviation security service, border and customs control.

Note that Heydar Aliyev International Airport is the largest airport in Azerbaijan and the region in terms of passenger and freight traffic, takeoff and landing operations, the airport terminal area and capacity of the cargo complex. Baku airport was awarded the maximum rating of “5 Stars” according to Skytrax World Airport Awards and also named the best airport among airports of CIS countries for the level of the provided services for the three years in a row.

Azerbaijan airports hold the leader position in the region in terms of passenger traffic. In the first 11 months of 2019, Azerbaijan’s international airports served a total of 5.15 million passengers, of which 4.39 million were served by Heydar Aliyev International Airport. This is 6% more than the same figure last year.

Southwest Airlines Co. is launching a promotional Companion Pass Offer as part of its “Wanna Get Away” campaign for fall and winter travel. Grab a Companion and get ready to fly! Rapid Rewards® Members can...

Air Arabia Abu Dhabi has announced the introduction of a new service to the capital of Sudan, Khartoum with direct flights from Abu Dhabi commencing on October 7, 2020. The new service represents the sixth route for the... 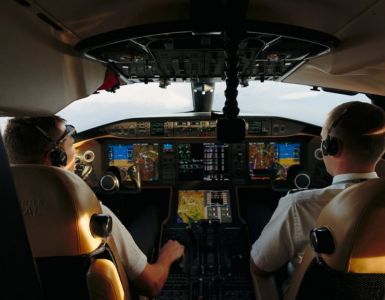 VistaJet Updates on the Success of Sustainability Pledge

VistaJet today announces the progress it has made on its Sustainability in Aviation pledge, launched in January 2020, to rapidly and meaningfully reduce its carbon footprint, and to explore all routes to higher levels...