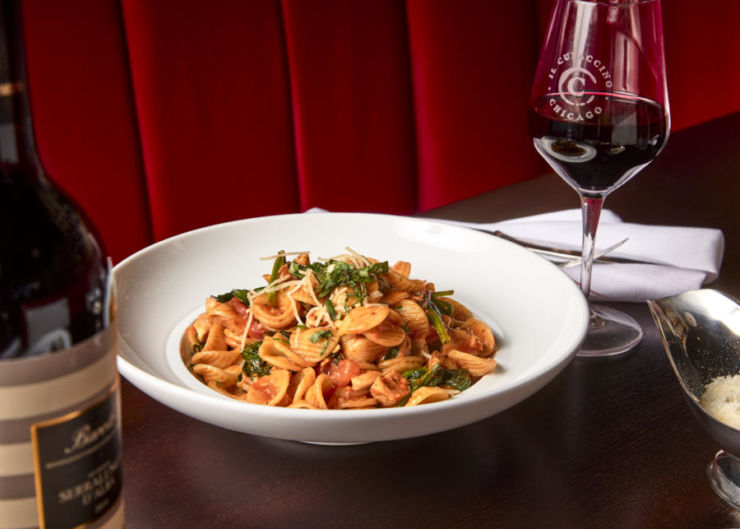 This year, the selection is record-breaking and greater than ever, with more than 400 restaurants participating, including 350+ restaurants in the city neighborhoods and 50 in the suburbs.

“Every year, Restaurant Week offers Chicagoans and visitors alike a unique opportunity to sample and savor the tastes, sights, and smells from every corner of our city,” said Mayor Lori E. Lightfoot. “Chicago’s well-deserved status as our nation’s culinary capital is drawn from our city’s multitude of cultures and the ingenuity of our chefs in all of our 77 communities, and I personally look forward to exploring some of our local eateries and discovering the hidden gems off the beaten path.”

“Chicago’s restaurants and dining scene support thousands of jobs and serve as key drivers to our local, neighborhood economies,” said Sam Toia, president and CEO of the Illinois Restaurant Association. “Restaurant Week plays an exciting role in connecting our restaurants with new diners as they expand their culinary and cultural horizons, both in new communities or close to home.”

The highly anticipated program kicks off with First Bites Bash on Thursday, January 23, 2020 at the Field Museum. It will be a family affair as Chef and Owner Thai Dang alongside his wife, Director and Owner Danielle Dang of the award-winning HaiSous Vietnamese Kitchen and Cà Phê Dá in Chicago’s Pilsen neighborhood serve as the event’s Host Chef and Host Mixologist. More than 60 of Chicago’s most well-known chefs and restaurants join the dynamic duo, allowing participants to preview tasting portions from their respective CRW menus. For a complete list of participating First Bites Bash restaurants and to purchase tickets, visit firstbitesbash.com.