Beginning June 4, customers traveling in United Polaris®, the airline’s international premium cabin travel experience, will be able to relax and dine before their travels in the new United Polaris lounge at Newark Liberty International Airport. 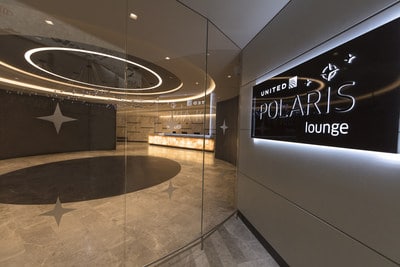 Building on the airline’s concept to be uniquely United while embracing the energy of the Newark/New York metropolitan area and the exciting destinations served from it, this United Polaris lounge exhibits distinct local flair throughout. When visitors first enter, they will be greeted with a vibrant lighting fixture created by Brooklyn-based art and design laboratory Richard Clarkson Studio that is meant to mimic the constellations of the 12 zodiac signs.

In a nod to the city’s recognition for preeminence in the world for craft cocktails, the bar is the stand-out gem of this United Polaris lounge, both in terms of size and the array of cocktails offered. The thoughtful cocktail list includes the United Polaris Old Fashioned, a fresh take on the classic, complete with J. Rieger & Co. Kansas City Whiskey, a house simple syrup, Dale DeGroff bitters with a muddled orange wheel and Luxardo cherry, just like the legend himself — Dale DeGroff— makes it. A custom-designed a la carte dining menu blends international comfort foods, such as Moroccan-spiced braised lamb, with staples like the United Polaris Burger, which will be on the menu at all United Polaris lounges.

The focus behind the United Polaris experience has always been to provide long-haul travelers with what they’ve asked for: better sleep in the sky. On average, United plans to add one aircraft with the new United Polaris business class seat every 10 days from now through 2020. Beginning July 1, every seat in the United Polaris cabin will be provisioned with a cooling gel pillow. The gel pillow, previously available by request, has proven to be one of the most popular items of United Polaris bedding.