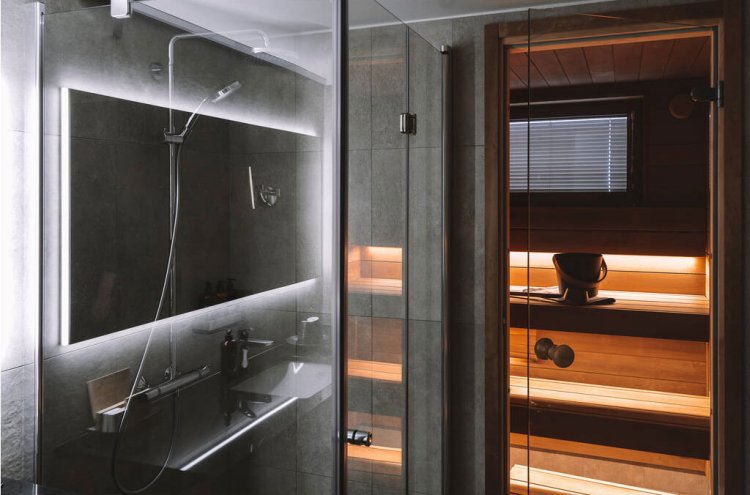 Lapland Hotels Tampere will fully reopen on 15 January once the remaining bathroom renovations are complete. The renovation went through all the 141 bathrooms step by step to meet today’s needs and give them an urban Lapland Hotel look. The number of bathtubs was also increased from 22 to 26. The new bathrooms were designed by Franz, the design studio behind the look of Lapland Hotels Arena, the second Lapland Hotel in Tampere.

– “Each of our hotel rooms has a tasteful and harmonious interior. They have the same, familiar Lapland Hotels atmosphere as all our locations. We also increased the number of bathtubs, as our customers appreciate having a room with a bathtub or private sauna. People like to spend more time in hotel rooms than before and book staycations,” says Hotel Manager Maija Virtanen.

Improvements around the hotel

In addition to the bathroom renovations, the hotel rooms’ air conditioning was improved and hotel room doors were replaced, which significantly improved soundproofing.

– “We have many regular customers who have given us plenty of positive feedback. The new stylish look can also be seen in our restaurant and breakfast rooms. The air conditioning in our hotel rooms was also improved to make it even more efficient,” Virtanen says.

Now that the renovation is complete, Lapland Hotels can operate at full capacity in Tampere. The company has two hotels in the city: Lapland Hotels Tampere on Yliopistonkatu street and Lapland Hotels Arena, which opened in 2021
at Nokia Arena. The hotels have shared staff and a local sales services, through which customers can make bookings for the hundreds of hotel rooms, flexible conference rooms and two beautiful sauna worlds.

– “The newly renovated hotel on Yliopistonkatu wonderfully complements our offering in Tampere: nowhere else do we have two hotels in the same city. We form one big entity with two different experiences: Lapland Hotels Arena is the centre of entertainment, whereas our other hotel is a warm and cosy location,” says Area General Manager Leena Turunen.

Lapland Hotels Tampere opened in 2015. The hotel has nine rooms with private saunas. On the top floor of the hotel is Kero, a versatile venue with saunas for both hotel customers and private sauna customers. Lapland Hotels Tampere was the company’s first hotel south of the Arctic Circle. Since then, Lapland Hotels has also opened hotels in Oulu, Kuopio and Helsinki. The purpose of the urban hotels is to bring the magical atmosphere of Lapland to cities across Finland.