New System to Protect Against Bird Strikes at BER 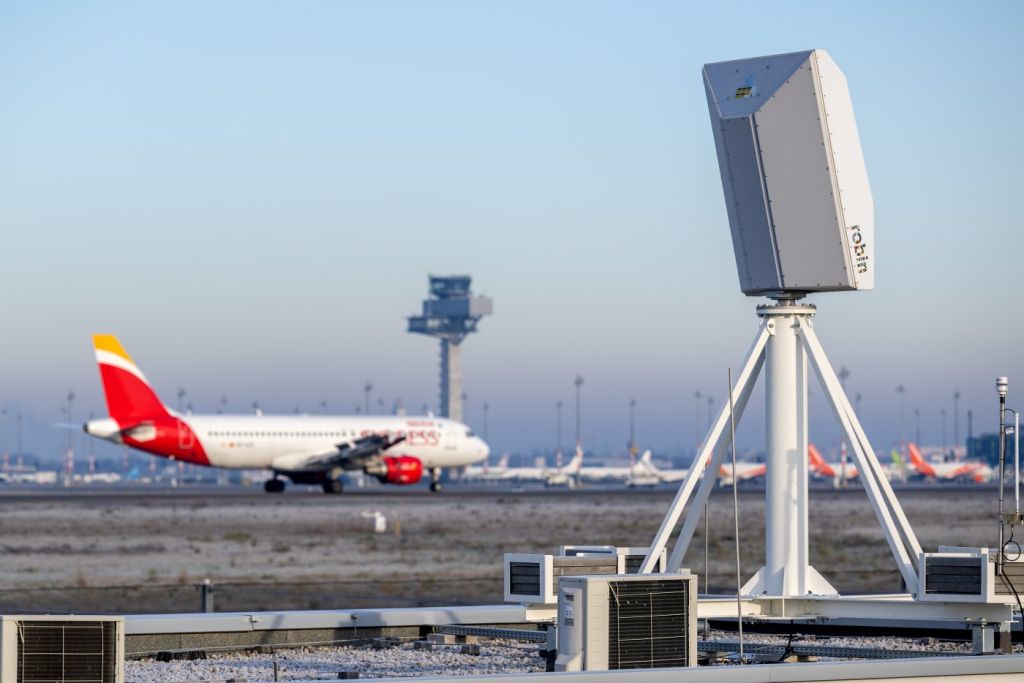 A new radar system to protect against bird strikes on aircraft has been installed at Berlin Brandenburg Willy Brandt Airport. MAX comes from the Dutch company Robin Radar Systems. It’s the first time that the technology is being used at a German airport.

The new system replaces a previous one from the company from 2016, which only monitored the southern runway. The phased-array radar antenna now makes the complete, round-the-clock 3D detection of bird movements possible within a radius of ten kilometres, therefore monitoring the entire airport grounds. The special software determines and displays the size, height and flight direction of flocks of birds. This means that possible collisions between the birds and aircraft taking off or landing can be anticipated and deliberately averted.

At BER, pyrotechnics, among other things, are used to do this – they are fired when flocks appear, producing a loud bang. A hunting dog and occasionally a falconer with birds of prey are also used to scare away birds. The special planting and construction of the airport grounds also leave few opportunities for birds to breed.

Birds caught in an aircraft’s engines can lead to engine damage and, therefore, a dangerous situation. So far, there has been no danger from bird strikes on the BER site, which covers about 1,500 hectares. There have not been any life-threatening accidents in German aviation. nevertheless, all airports and airlines make considerable efforts to avoid bird strikes.

Thomas Hoff Anderson, Chief Operations Officer, Flughafen Berlin Brandenburg GmbH: “We go to great lengths to offer our customers the highest possible level of safety at BER. For this purpose, we also rely on the use of the latest technologies, be that in the terminals or on the aprons. With MAX, we can now detect flocks of bird more accurately, scare birds away more deliberately, therefore preventing bird strikes more effectively.”

Siete Hamminga, CEO of Robin Radar Systems: “MAX is the most advanced bird radar on the market today. Systems like this one will become the security standard at all major airports. Working together with BER has always been very proactive and constructive. It’s great to work with a pioneer in innovation.”