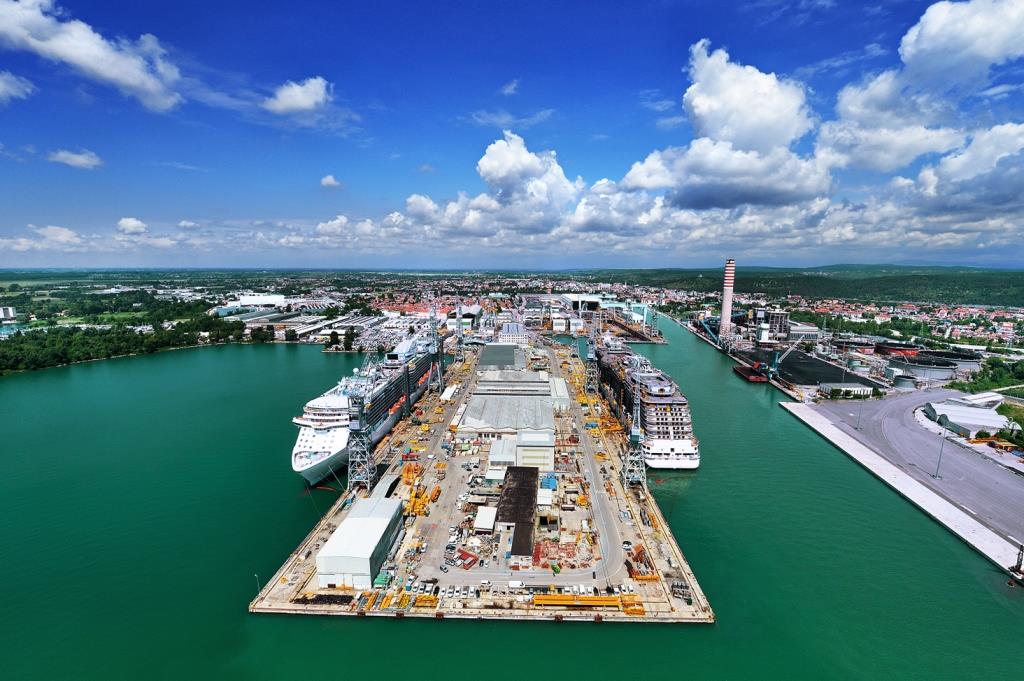 The steel cutting of the first of 2 new-concept gas powered ships (Liquified Natural Gas – LNG) for TUI Cruises, a joint venture between TUI AG and Royal Caribbean Cruises, took place at the presence of Wybcke Meier, CEO of TUI, and Luigi Matarazzo, General Manager Merchant Ship Division of Fincantieri, in San Giorgio di Nogaro (Udine) at Centro Servizi Navali, a company specialized in logistics and production of sheet metal for the Fincantieri yards located in northeastern Italy. The new units will be built at the Monfalcone shipyard and delivered in 2024 and in 2026, respectively.

These ships, of about 160,000 gross tons, will set up the backbone of the future TUI Cruises’ fleet. The order is based on a prototype project developed by Fincantieri which enhances the well-established features of modernity and sustainability of TUI Cruises, a company with one of the most modern and environmentally friendly cruise fleets in the world. With an innovative product configuration, energy efficiency lies at the heart of the project, with the twofold objective of reducing fuel consumption and minimizing environmental impact, according to the latest industry regulations.

Indeed, the ships will be able to use the liquefied gas. Fincantieri is also studying the possibility to make them operate in the future with low-emission biofuels – an important step towards climate-neutral cruising. In addition, they will be equipped with improved catalytic converters (compliant with the Euro 6 standard) and a shore power connection. This ensures almost emission-free ship operation while in port (about 40 percent of operating time). Finally, the ships will be equipped with an even more efficient and innovative waste treatment system that can shred organic waste by means of thermal treatment.

TUI Cruises is a joint venture between TUI group, the world’s number one tourism business, and the global operating cruise shipping line, Royal Caribbean Cruises Ltd. The company was founded in April 2008 and is headquartered in Hamburg. It has been offering cruises for the German-speaking market since May 2009.