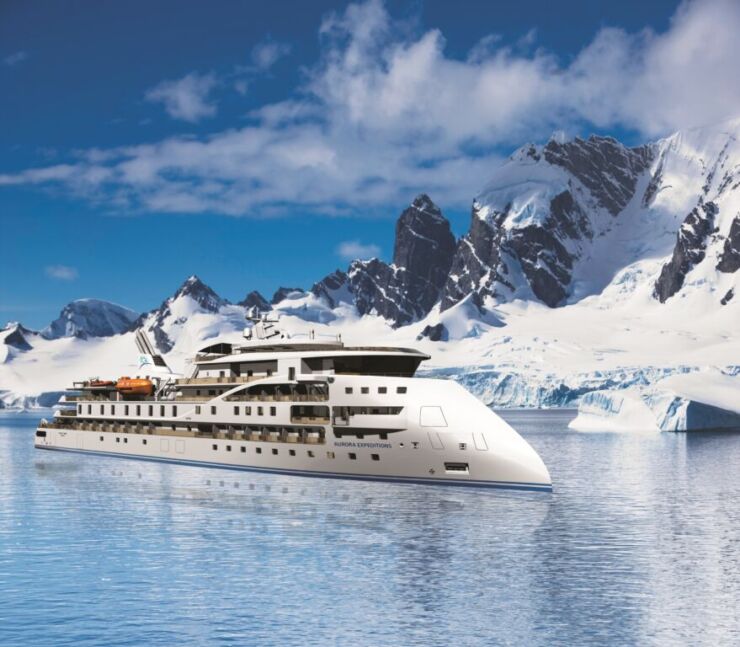 Aurora Expeditions has today announced its new, purpose-built expedition ship, the Sylvia Earle, will be making her debut voyage on the  Subantarctic Safari from November 4-20 2022. The ship will be christened by its namesake, the renowned marine biologist, oceanographer and explorer Dr. Sylvia Earle, prior to making its way to the wildlife havens of South Georgia and the Falkland Islands.

The 17-day maiden voyage to the Subantarctic Islands will appeal to wildlife lovers and history buffs alike. Beginning in Santiago, Chile and ending in Ushuaia, Argentina, passengers will explore the history-steeped Falkands~Malvinas, a bird lovers’ paradise home to an incredible diversity of charismatic penguin species and the largest colony of black-browed albatross in the world, followed by South Georgia – known for its enormous King penguin colonies and beaches lined with Elephant and Antarctic fur seals.

Plus, passengers will have the opportunity to trace the history of Sir Ernest Shackleton’s infamous journeys here.

“We are thrilled to confirm the inaugural season of the Sylvia Earle, and to be debuting her on such a magnificent voyage whose destinations are so representative of Aurora’s spirit of exploration, discovery and education,” commented Hayley Peacock-Gower, CMO at Aurora Expeditions.

“This highly anticipated vessel is intended to be a floating ambassador for the conservation of the planet, with a large focus on marine education and conservation in line with Dr Earle’s own longstanding efforts. We are so looking forward to having our adventurous expeditioners join us in exploring some of the world’s wildest, most awe-inspiring and important regions whilst paying tribute to such an incredible hero of our planet.”

“Travelling with Aurora Expeditions on the Sylvia Earle will be an incredible opportunity for people to learn about the planet’s extraordinary marine habitats and the importance of protecting them,” Dr. Earle commented.

“I see great synergy in working closely with a company that shares my vision for the future and which is, from the top down, passionate about the marine environment. I am very much looking forward to christening the ship, connecting with Aurora Expeditions’ passengers, and following its journey in providing countless life changing and eye- opening experiences to many of the planet’s most biodiverse regions.”

Dr. Earle will herself be joining a special Antarctic Climate Expedition during the ship’s maiden season, taking place in February 2023. This voyage will see a collection of thought leaders in the fields of conservation, science, art, education and economics come together to bring about public and government awareness of the importance and the splendour of the Antarctic, and to address the warming climate and loss of sea ice in the southern polar region as a direct threat to the future of human life on this plan Expedition members will be expected to help formulate 23 resolutions to inspire transformative changes for global net-zero emissions by 2050.

Like sister ship the Greg Mortimer, the Sylvia Earle features the revolutionary Ulstein X- BOW®. Accommodating an average of 130-140 expeditioners per voyage, every cabin on board has an ocean view and nearly all have balconies. The ship features a unique two- level glass atrium lounge in the bow, a modern lecture lounge, multiple observation areas, Zodiac launching platforms, two restaurants serving excellent meals, a gym and wellness centre, a swimming pool, jacuzzis, a mudroom and many other amenities.

Following her maiden voyage, the Sylvia Earle will continue her inaugural season on several voyages to Antarctica, followed by Costa Rica, the Canadian Arctic, Norway, Greenland, Iceland, Ireland and Scotland. Aurora’s unique activity program and focus on active adventure will continue to play a major part in the expedition experience on the new ship, offering the likes of sea kayaking, scuba diving, polar snorkelling, alpine trekking and much more.

To celebrate the inaugural season, Aurora Expeditions is offering up to 20% off* Sylvia Earle voyages, for bookings up to June 30 2022.