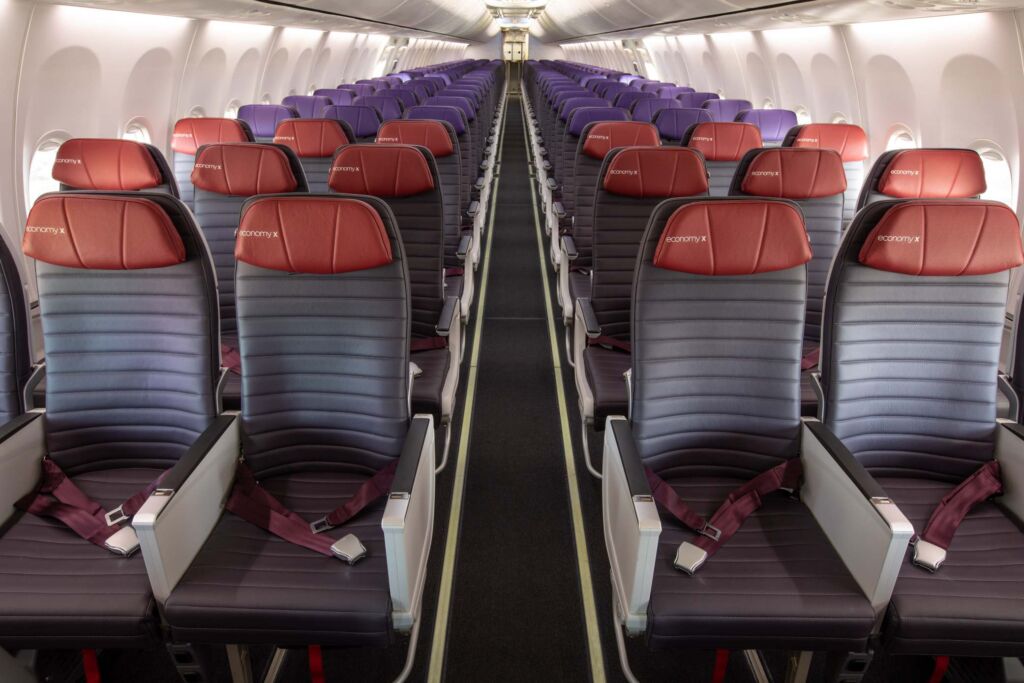 In a video released on TikTok today, Virgin Australia has exclusively unveiled its new interior design prototype, featuring a refreshed seat experience which will initially be trialled on two of the airline’s nine new Boeing 737-800 aircraft.

In a nod to Virgin Australia’s existing signature design elements, the famous purple LED interior lighting that adorns Virgin Australia aircraft has returned, and an embossed leaf pattern design which is evident in majority of the airline’s airport lounges has been pressed into the Economy headrests.

Along with enhanced seating features, the airline has fitted the prototype cabin with self-deployable, non-slip cocktail tables, perfect for a pre-departure bubbles, as well as movable tray tables with in-built device holders – assisting in maximising space and usability during meal service.

There are also additional in-seat storage cubbies for personal items, including a high-powered USB charging port.

In a first for Virgin Australia, the airline’s Economy cabin seating features a seatback device holder, which accommodates everything from a small smartphone to a larger tablet, making the use of personal devices for entertainment in the air easier than it has ever been before.

Another noticeable feature is the upper safety card and menu stowage, freeing up seat pocket space for the safekeeping of personal belongings.

Guests who upgrade to Economy X will still enjoy stretching out with 40 per cent extra legroom. 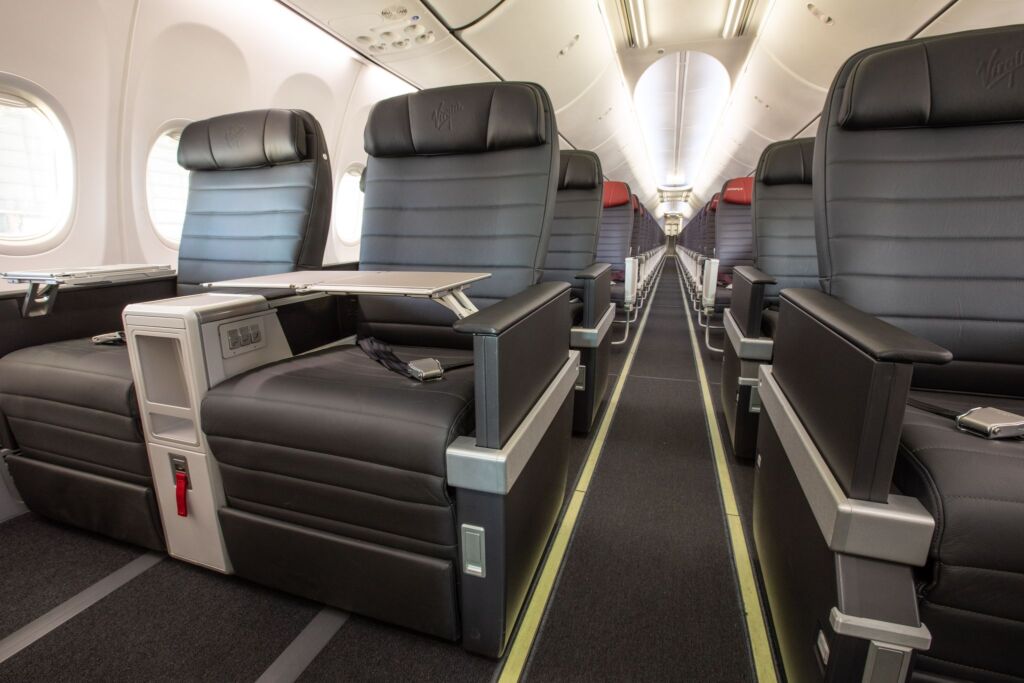