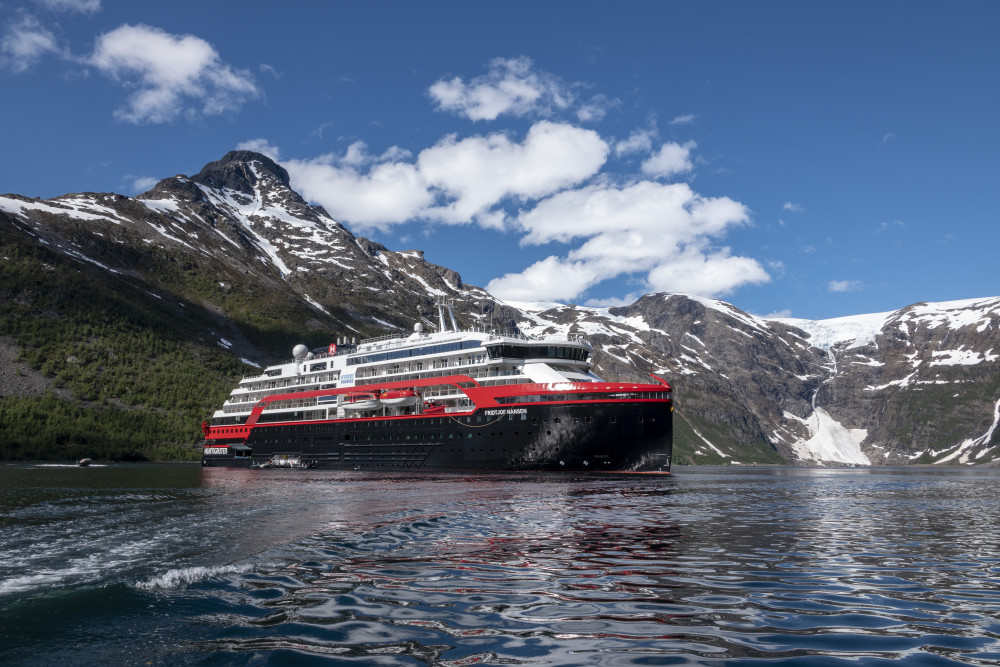 The two explorers are dedicating their lives to inspire action and engage a global dialogue on climate change and made history as the first women team to overwinter in remote Arctic Svalbard.

Svalbard is also where Hurtigruten Expeditions founded expedition cruising in 1896 and will conduct its naming ceremony for the battery-hybrid powered MS Fridtjof Nansen on September 14th.

“It is an honor to serve as godmothers to one of the world’s most advanced and environmentally friendly expedition cruise ships. Over decades of polar exploration, we have witnessed the significant changes and challenges our planet faces. Sponsoring MS Fridtjof Nansen gives us a strengthened platform from where we can increase global awareness and dialogue around climate change – and inspire active engagement and create more ambassadors for our natural world,” stated Strøm and Sørby.

Exploring 250 destinations across the globe, Hurtigruten Expeditions is today the world’s largest and leading expedition cruise line. Their newest battery-hybrid powered expedition cruise ship is named after one of the greatest polar heroes and humanitarians of all times, Nobel peace prize winner Fridtjof Nansen (1861-1930).