Eastern Airways launched the first service between Cardiff Airport and Belfast City Airport, as Wales regained its air service connection to Northern Ireland, the only current air service linking the entire island of Ireland with Wales.

With fares on the new route starting from £62.99 one-way, including a complimentary 15kg hold bag and all taxes and charges, flights are available to book at www.easternairways.com

“Eastern Airways is all about supporting the regions of the UK, connecting people and places, so adding further services at hubs we already serve is another crucial part in the economic recovery and prosperity of Wales and the Island of Ireland.”

“We’re delighted to once again be able to offer our passengers a vital connection to Belfast City from Cardiff, starting today. The route has been one of our most in-demand since the collapse of Flybe last year and is an important connection for customers travelling for business and to visit friends and relatives. We are pleased that Eastern Airways has re-instated the service and I’d like to thank the airline for their continued confidence in regional connectivity from Cardiff.”

“The return of a route to Cardiff is welcome news for both the Airport and those wishing to reconnect with business, family, and friends in Wales.

“Belfast City Airport is the only airport on the island of Ireland to provide connectivity with Wales and we’re delighted that our airline partner, Eastern Airways, has committed to this service.

“Today’s flight marks the beginning of a busy period for the Airport, with a number of new routes taking off in the coming weeks. We’re seeing an increase in demand for travel, and it’s fantastic to offer these options to our passengers.”

Eastern Airways’ services continue to be carefully reintroduced as Covid-19 restrictions were ease, with extensive cleaning measures on-board and throughout all aspects of the airport for the safety of all passengers. Eastern Airways already offer a service from Belfast to Southampton, while in September aligned to Welsh Government easing of domestic restrictions Eastern Airways will restart the route from Cardiff to Anglesey. The airline also this week added the Mediterranean British overseas territory of Gibraltar as an international green list destination from both Birmingham and Southampton Airport’s expanding the network of destinations offered.

flydubai has announced the start of a twice-weekly service to Ankara Esenboga International Airport (ESB) from 29 July. Ankara will become flydubai’s second destination in Turkey after Istanbul (IST) which is currently... 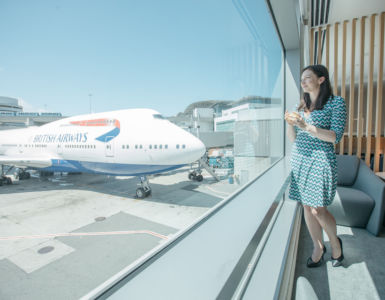 British Airways has today announced a new route to Belfast this summer, supporting important business and tourism links between Northern Ireland and South West UK. Customers can book via ba.com from today, with return...