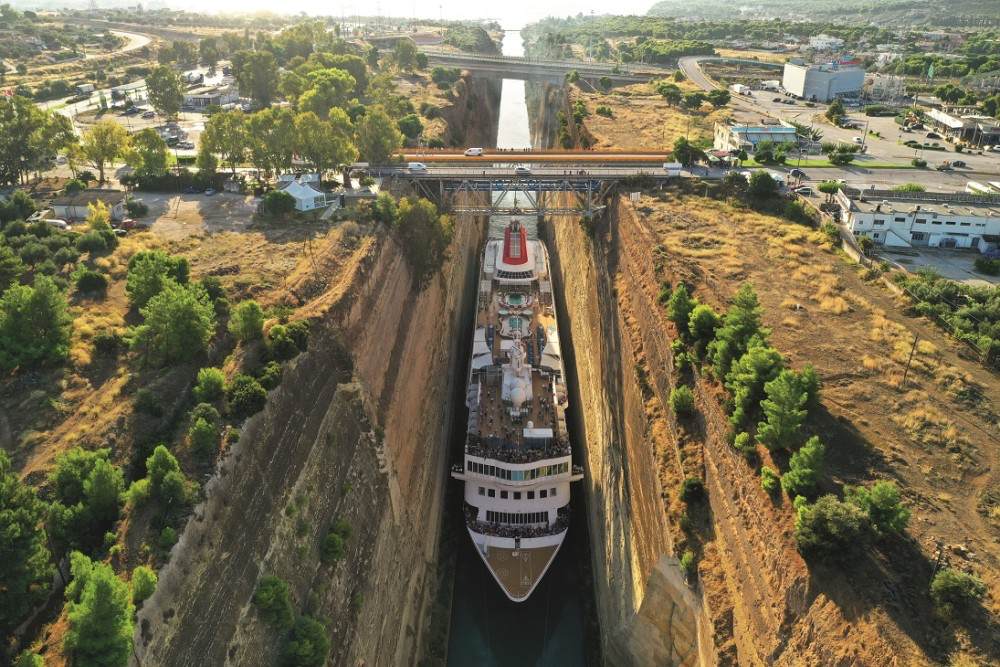 Fred. Olsen Cruise Lines’ small ship Braemar is set to repeat history when it returns to the narrow Corinth Canal in April 2022.

The 924-guest Braemarbroke the world record for being the largest ship ever to traverse the 6.4kilometre-long Corinth Canal in Greece when it first completed the sailing in October 2019.

And next April, Braemarwill return to the Corinth Canal, which is just 24 metres wide at its narrowest point, to complete the feat once again. The cruise will go on general sale tomorrow (Friday, 19th February).

“We are proud of all of the cruises we handcraft for our guests, but this one is particularly special.

“Our inaugural Corinth Canal sailing was just breathtaking. Guests took to the deck to watch in awe as Braemar travelled through the canal, with the sides so close they could almost reach out and touch them.

“Captain Jozo Glavic, who navigated the canal, received a standing ovation from guests afterwards as he walked through the ship. It really was a very special cruise indeed. And now, even more guests will be able to experience it for themselves with the launch of this latest cruise.

“But it’s not only the Corinth Canal transit that makes this cruise so exceptional. Guests will also have the opportunity to explore the Acropolis of Athens and its ancient Parthenon; meander the cobbled street of Rhodes’ Old Town; Visit the birthplace of the Olympic Games in Katakolon and take in the ruins of the Palace of Knossos in Crete.

“It’s set to be a truly remarkable cruise from beginning to end and we can’t wait to share the experience all over again. We are expecting this cruise to be extremely popular, so anyone wishing to join us should book their cabin as soon as possible!”