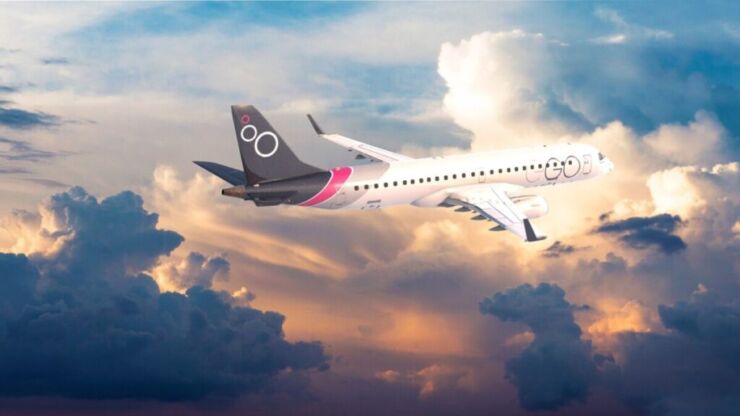 EGO Airways, the new fully Italian airline, has announced its initial 11 routes, with its first – Catania to Florence – taking off on 25 March.

The fleet will originally be composed by two Embraer 190 vehicles that will have as main hubs the brand new “Ridolfi” Airport of Forlì, inaugurated on October 29th, and the “Fontanarossa” Airport of Catania.
The initial aim will be to develop a point to point net, linking the strategic cities of the Italian territory, and then strengthen the feeder services from and to Milan Malpensa, partnering with the main airlines operating at the Lombardian airport.

The airline have three cabin classes: the JUST GO, the LOUNGE and the PRIVATE;

Tickets available from January 7th will cover the annual schedule, active from March 28th 2021, with a dense calendar of connections involving the airport of Forlì, Firenze, Catania, Parma, Bari e Lamezia Terme. Starting from June 4th, Cagliari, Bergamo and Roma will be added to the just listed destinations.

The flight plan, operated by the two aircrafts Embraer 190, will provide air routes with different frequencies and a greater involvement, as stated, of Catania & Forlì Airports, connected to each others twice a day from Monday to Friday, and once a day, on Saturdays and Sundays.

Bari’s airport will be connected four times a week (Monday, Wednesday, Friday and Sunday) with Parma, Forlì e Firenze. Flights from Lamezia Terme to Forlì, Firenze e Parma will be active three times a week (Tuesday, Thursday & Saturdays). From June 4th, moreover, the air routes linking  Forlì e Cagliari, on Fridays & Saturdays, and Bergamo & Roma, with two daily flights, from Monday to Friday, and one per day, on Saturday and Sunday will begin taking off.

Two prices, flights from 48.90 euro, for the JUST GO fee, and from 98,90 euro for the PRIVATE, differentiating themselves mainly for seating options.
Both can be personalized while booking or at the check-in, choosing between the purchasable ancillaries indicated by the company.