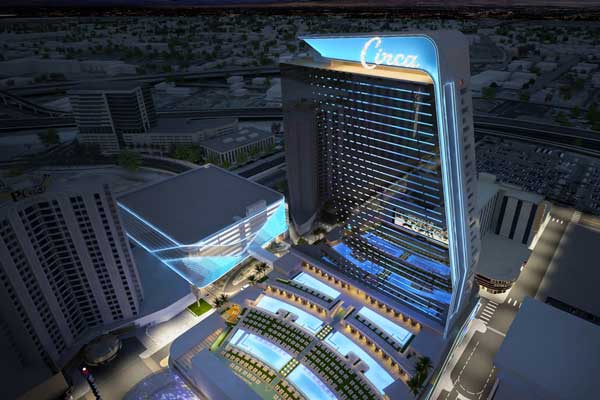 Previously slated for a December 2020 launch, the 1.25 million-square-foot integrated casino-resort will open with its first five floors of amenities and state-of-the-art parking hub – Garage Mahal – ahead of schedule. Upon completion, the resort will have approximately 1,000 employees.

To achieve this timeline, Stevens reallocated construction resources from Circa’s hotel tower to the first five floors. Slated for completion at the end of 2020, the tower will house Circa’s 777 rooms and suites starting on the eighth floor; room reservations will go live June 24. Guests looking to visit prior to the tower opening can reserve rooms at the D Las Vegas or Golden Gate Hotel & Casino, also owned by Stevens, and enjoy access to Circa’s pool in addition to its public amenities.

“Sometimes life throws you curveballs, and 2020 has been an unpredictable year for the entire world,” said Stevens. “However, thanks to the creativity and ingenuity from our partners at McCarthy Building Companies Inc. and Tré Builders, we can move forward on this accelerated path and have an opening unlike Las Vegas has experienced. We are excited to see what the future holds and to give visitors and locals something to celebrate.”

A glimpse into Circa’s offerings: