Top Places to Spot Snow Leopards in the Wild

The elusive snow leopard is a creature of vast landscapes, but is a true master of the rugged wilderness it prowls in. With fewer than 8,000 animals left in the wild, they are still incredibly rare, and even more difficult to spot. Snow leopards have a thick coat of heat trapping fur and their body is full of red blood cells, which adapts them to stay and hunt in altitudes of 13,000 feet and more, which unfortunately humans are not well equipped for.

Snow leopards have only recently become a sought after wildlife attraction, so going on a tracking safari of this beautiful grey animal will not only, hopefully, contribute to their survival, but offer a memorable wildlife experience as well.

Found only in the high mountain ranges of the Himalayas in Southern and Central Asia, there are a handful of places where there is less than an even chance of getting just a glimpse of this magnificent cat. However, that should not deter you from booking wildlife tours for sighting this elusive cat. 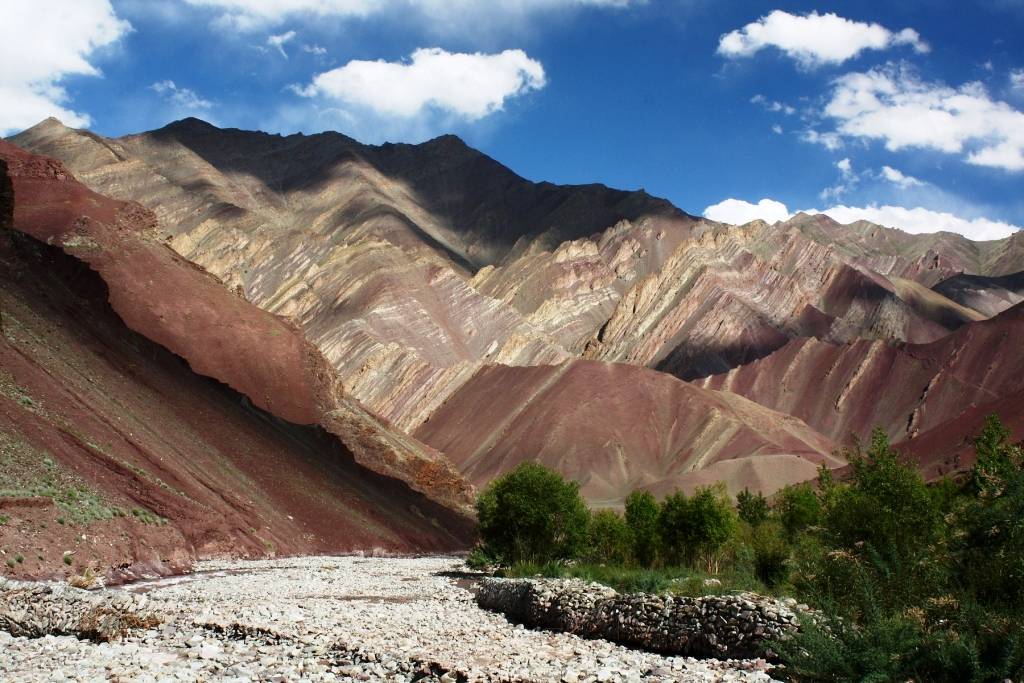 Covering an area of almost 4,500 square kilometres, the picturesque Hemis National Park has one of the largest concentrations of protected snow leopards in the world with numbers in the vicinity of 200 individuals.

Established in 1981, and named after the ancient monastery Hemis Gompa, the park is home to the Tibetan Wolf, Eurasian Brown Bear, Red Fox apart from the eternally shy snow leopards. Given the vast and unspoiled landscape, it is best to visit Hemis between May and September. There are few basic homestays around the park which provide basic amenities. Visitors are advised to carry extra provisions and carry a first aid kit and medications required.

Located just 22 km from Srinagar, the small 141 square kilometres Dachigam (ten)National Park got its name from the ten villages which were relocated to create this reserve. The upper areas are best visited between June and August as they are accessible at only these times of the year. 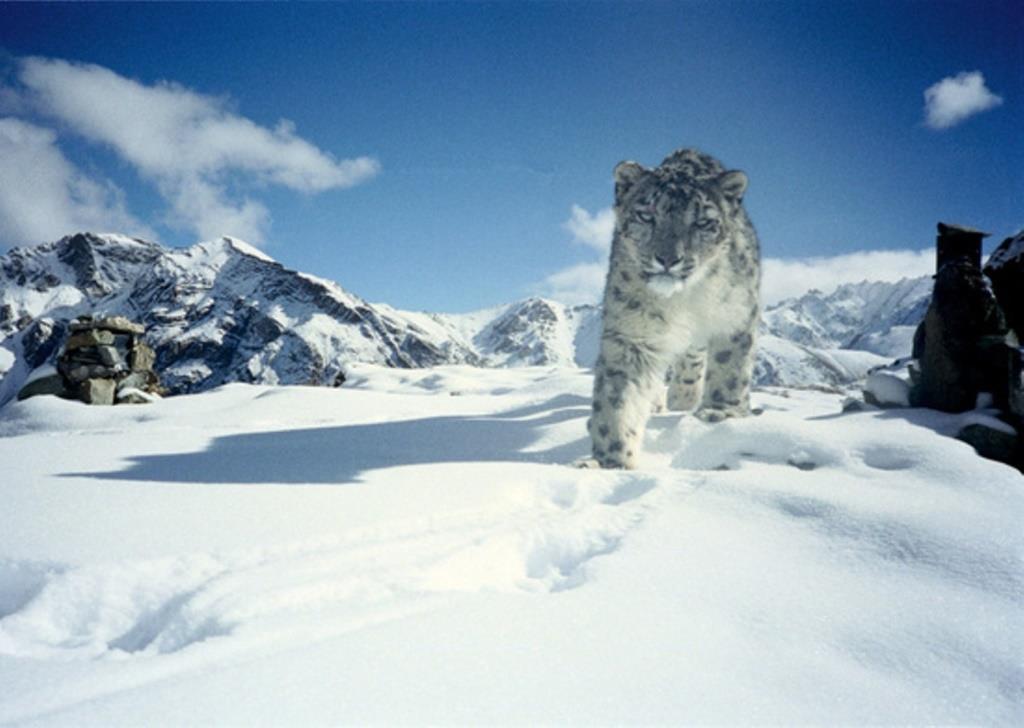 Apart from the snow leopard, the park harbours the last viable population of the highly endangered Hangul, also known as the Kashmir Stag. September and October is the ideal time to see the Himalayan Black Bear, as they gorge on the acorns and walnuts ahead of the hibernation months.

The diversity of this UNESCO World Heritage site has made the Great Himalayan National Park a unique place to spot the snow leopard. The steep and rocky upper reaches of the park offers an ideal game and habitat for the animal to survive.

The local community here acts as the guardian angel for these animals, which helps them to co-exist beneficially. This has resulted in an increase in sightings of these majestic animals and a blessing for the economy of the locals. 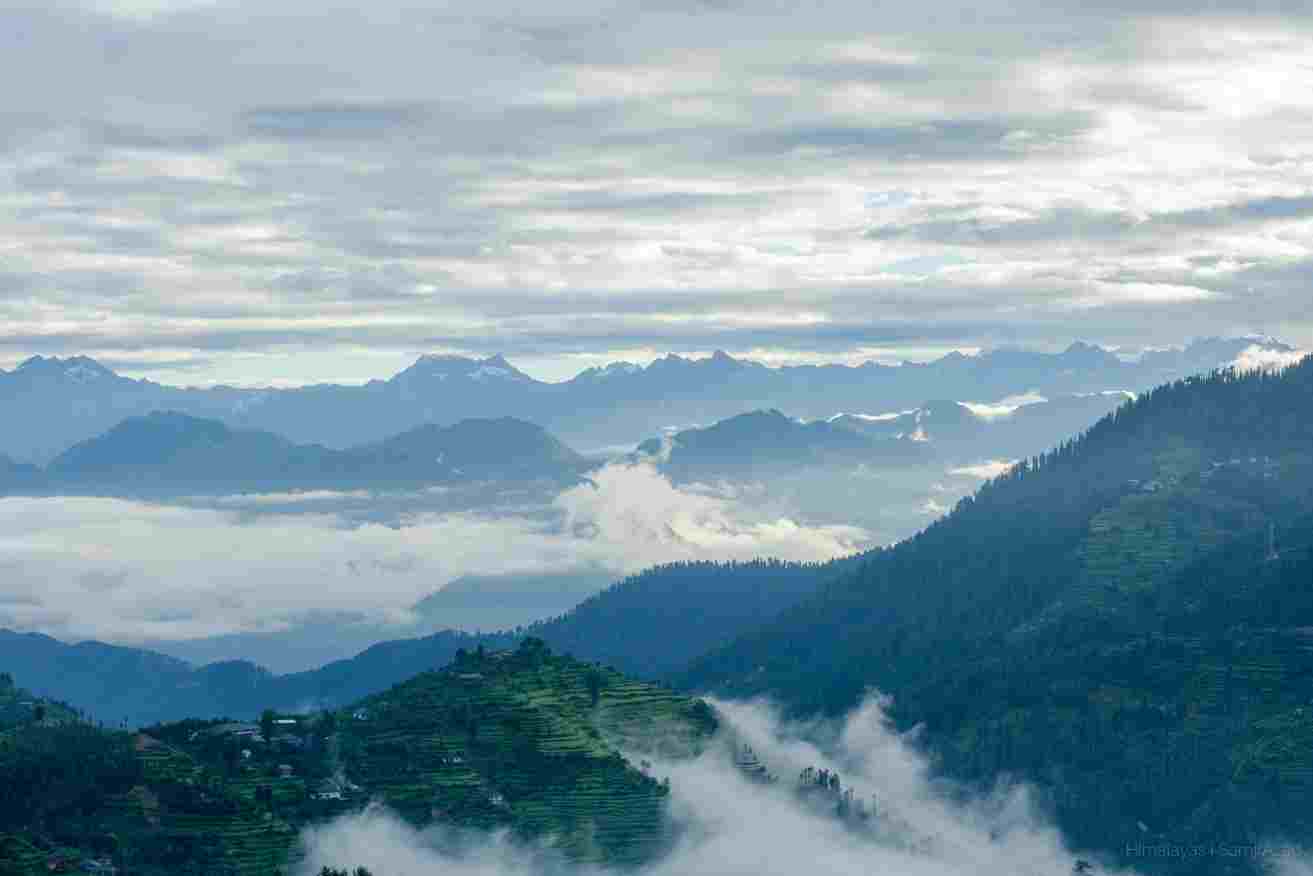 This 472 square kilometres of the protected area was especially established to launch the snow leopard project for safeguarding this endangered species. Uttarakhand Forest Department in a recent survey has found evidence of the snow leopard in many reaches of this park.

Other rare animals found here are the black bear and the musk deer, while birdwatchers will find no dearth of exotic species like the Golden Eagle, Western Tragopan and the spectacular Himalayan Snow Cock.

Declared a UNESCO World Heritage site in 1916, the Khangchendzonga National Park holds a significant cultural and natural value in the Himalayan region. Named after the third highest mountain peak in the world, Kanchenjunga, the 1784 square kilometres biosphere reserve is home to nineteen tall peaks and eighteen glaciers.

Lying on the international border with Myanmar, Namdapha National Park is the only one of its kind in the world which holds four big cat species within its boundaries. The winter months are not only ideal to view the ‘grey ghost of the mountains’ but offers an equal opportunity to see the tiger, leopard as well as the clouded leopard.

Photographic evidence of the presence of these elusive animals has been found in the Thembang area of West Kameng District just outside the park boundary as well. Covering an area of 1985 square kilometres, Namdapha was declared a tiger reserve in 1983. The only ape species found in India, the Hoolock Gibbon, has made its base in this largely impenetrable forest region, as has the white-winged Wood Duck of which less than 200 numbers survive in the wild.

The remote Altai Mountains of Southern Siberia, situated on Russia’s border with China, Mongolia and Kazakhstan has been the focus of the country’s first full range snow leopard census. Currently, it has been reported that there are around ninety numbers in Russia, which is about 2% of the world’s population. Driving up the dry windswept valleys of the Sailyugem National Park is like a Russian African safari.

The far west Chinese province of Xinjiang, on the border with Kyrgyzstan, has been undergoing various studies by the Snow Leopard Trust, to determine the numbers of animals in the Tomur Nature Reserve. Genetic mapping and pug mark study has revealed that there are eight different adults operating in one valley alone. It is estimated that over half of the snow leopards in the wild are found in China alone.

Snow leopards have been known to survive in the most difficult of conditions on Earth. Their white grey coat offers the perfect camouflage against the steep mountainsides, as such sightings of the strikingly beautiful snow leopard are few and far between.

However, the passion to catch a fleeting glance of the feline is enough to enthuse lovers of nature to wander the wilderness in search for a glimpse. Snow leopards play a key role in the food chain and maintaining the health of their high altitude habitat hence their survival is key to a healthy ecosystem.