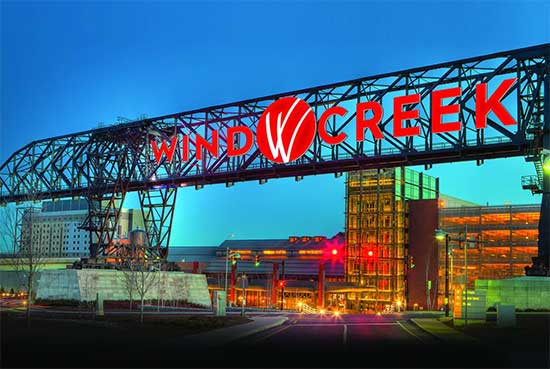 As the coronavirus continued to spread through the United States, officials took some of their most aggressive steps yet to try to halt it. Some casinos voluntarily closing properties in several states.

In accordance with a statewide order issued today by Nevada Governor Steve Sisolak, Station Casinos LLC will initiate the temporary closing of each of its Las Vegas, Nevada properties for a thirty-day period commencing at midnight on March 17, 2020.  In addition, by order of the Graton Gaming Commission, the Graton Resort & Casino, which is located in Rohnert Park, California and managed by an affiliate of Station Casinos, closed earlier today, and will remain closed until April 1, 2020 or further notice.

Caesars Entertainment Corporation announced that it will temporarily shut down its owned properties in North America.

Las Vegas Sands has announced that, out of an abundance of caution and in line with recent guidance from federal and state governments, it is closing its Venetian and Palazzo resorts in Las Vegas until at least April 1.

Boyd Gaming announced that all of the Company’s properties in Nevada, Iowa, Kansas and Missouri are closing to the public for 30 days.

Wind Creek announced that it would voluntarily close its Alabama properties until March 30, 2020.

During this temporary closure, Wind Creek has committed to paying its employees.

Boyd Gaming Corporation announced that four of the Company’s properties will be temporarily closing to the public: Belterra Casino Resort and Blue Chip Casino Hotel and Spa in Indiana; Belterra Park in Ohio; and Par-A-Dice Casino Hotel in Illinois.

In addition to these closures, Valley Forge Casino Resort will remain closed until Friday, March 27, following a previous order by the Governor of Pennsylvania mandating the closure of all entertainment venues in Montgomery County, Pennsylvania.

Ontario Lottery Gaming Corporation has issued a statement revealing that all casinos in the region of the temporarily close.

MGM Resorts International today announced its decision to temporarily suspend operations at its Las Vegas properties until further notice, effective as of Tuesday, March 17. Casino operations will close on Monday, March 16, followed by hotel operations. MGM Resorts will not be taking reservations for arrivals prior to May 1.

Wynn Resorts has decided to temporarily close Wynn Las Vegas and Encore. The closure will be effective Tuesday, March 17 at 6 pm and is expected to be in effect for two weeks, after which time the Company will evaluate the situation. A limited number of employees and management will remain at the resort to secure and maintain the facility.

Century Casinos announced that it closed its Colorado casinos at 4 a.m. MDT on Tuesday, March 17, 2020 for the next 30 days to comply with a quarantine imposed by the Governor of Colorado to contain the spread of COVID-19.