Marriott International announced that it has completed its acquisition of Elegant Hotels Group plc. The announcement from Elegant and International Hotel Licensing Company S.à r.l. was issued over London’s Regulatory News Service earlier today. Full text can be found below:

On 18 October 2019, the boards of Elegant Hotels Group plc (“Elegant”) and International Hotel Licensing Company S.à r.l. (“IHLC”), a wholly-owned indirect subsidiary of Marriott International, Inc. (“Marriott”), announced that they had reached agreement on the terms of a recommended all cash offer to be made by IHLC for the entire issued and to be issued ordinary share capital of Elegant (the “Acquisition”).

On 6 December 2019, Elegant and Marriott announced that the Court had sanctioned the Scheme.

Elegant and Marriott are pleased to announce that the Court Order has been delivered to the Registrar of Companies today and accordingly the Scheme has now become effective, in accordance with its terms. Elegant is now a wholly owned subsidiary of IHLC.

As a result of the Scheme having become Effective, share certificates in respect of the Elegant Shares have ceased to be valid documents of title and entitlements to Elegant Shares held in uncertificated form in CREST are being cancelled.

Capitalised terms used but not defined in this announcement have the meanings given to them in the Scheme Document.

Banyan Tree Group today announces its expansion into Japan, a frontier location for the global, multi-branded hospitality group. This introduction of four brands marks the Group’s first-ever entry into Japan since its... 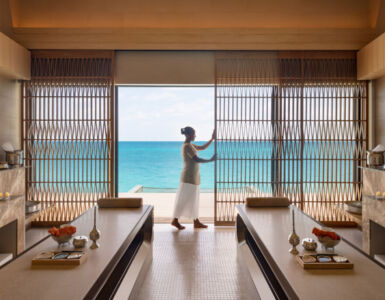 Hilton Debuts in the Maldives

Hilton today announced the opening of Hilton Maldives Amingiri Resort & Spa, marking the expansion of Hilton’s award-winning flagship brand into the Maldives. The all-villa resort features an array of thoughtful...