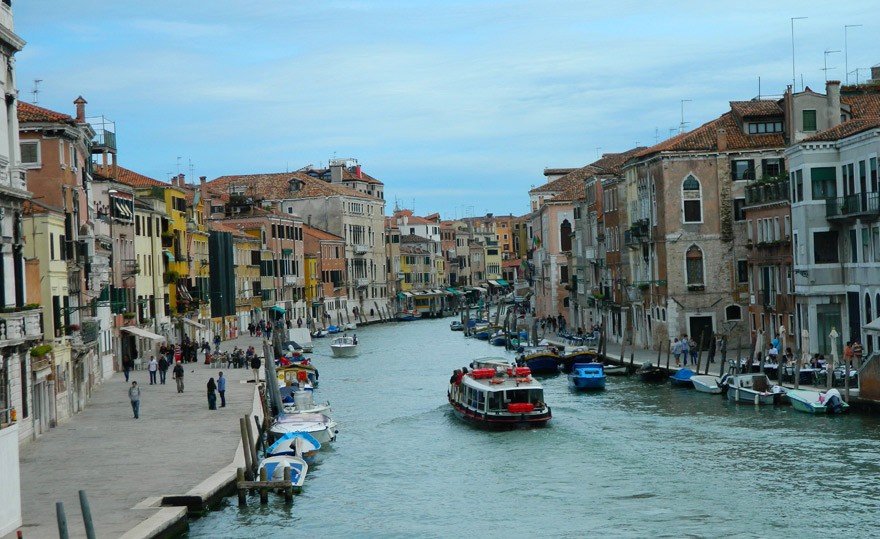 A calm descended on Venice’s Grand Canal yesterday after authorities ordered the Italian city’s first ban on motorboats. The ban lasted for five hours between 10am to 3pm and was implemented to highlight the effects of pollution on the city’s architecture. It included all motor-powered boats but the city’s iconic gondolas – along with electric-powered or hybrid vessels – were exempt.

Free gondola rides were offered to tourists who wanted to cross the canal. The ban was part of a plan to curtail the amount of daily water traffic, which is causing the Lagoon City to erode. 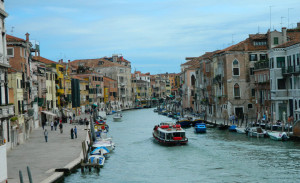 Around 7,000 small craft are registered to use Venice’s waterways, which are used by tourists and locals as a way of navigating their way around the city. Pollution from the vessels is thought to be speeding up the erosion of the city’s medieval buildings, which are already sinking into the lagoon. Conservationists say that two-stroke marine engines are a particular problem, because of the amount of fumes and the smell they produce.

The erosion is exacerbated by the currents caused by the vessels as they pass through the major canals, despite the fact that speed restrictions have been imposed on the boats. The facades of its Renaissance buildings are also being threatened by rising water levels. The city, which rests on wooden piles driven into boggy ground, has been steadily sinking for centuries.

Paolo Lamappo, a spokesman for Italia Nostra, which works to preserve the city’s heritage, said: “We hope it’ll make Venetians more aware of how lovely the city could be if we insist on boats only with electric power.” Local councillor Ugo Bergamo said: “This day demonstrates the commitment of local authorities in the fight against the pollution and the backwash caused by boats.

Over 20 million tourists visit Venice each year and the city is a popular stop-off for cruise ships. But environmentalists have called for the larger cruise ships to be banned because they ruin the views of the lagoon city, pollute the air and create waves that erode the historic palaces and churches.

Luca Martini the Best Sommelier in the World