Panoramic Сarriage to Be Deployed on Graz – Przemyśl Line 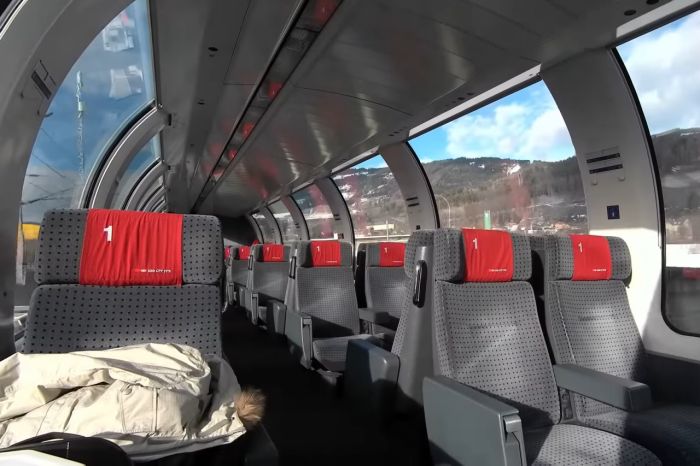 A panoramic carriage of the Swiss Federal Railways SBB will appear on the Czech railroads from the June timetable. It will run regularly as part of the EC 104 from Graz to Przemyśl, i.e. from Břeclav to Bohumín on the territory of the Czech Republic.

The Apm61 Pano carriage will be a part of EC 104 Porta Moravica. The panoramic carriage will be available to passengers with a first-class ticket. Thanks to the partially glazed roof, it allows better views than a regular carriage.

The Apm61 Pano carriage is a unique panoramic car, of which the Swiss have only 12 in their fleet. These carriages are used to travel through Switzerland, in the Rhine valley, on connections to Nice and to Vienna. SBB bought it in 1991/1992.

Pininfarina Designed the Panoramic Train of the MOB Railway