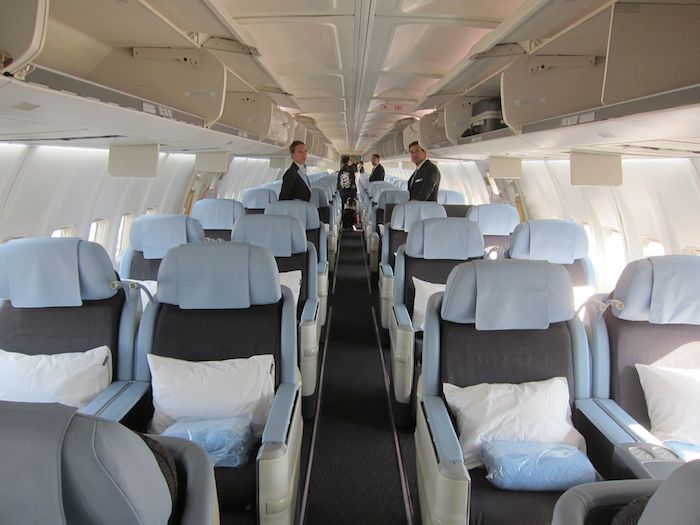 Following the success Le Fouquet’s Paris’ signature “Profiteroles Tart” this September and Chef Lorenzo Cogo’s “Baccala Mantecato” over the summer, La Compagnie is thrilled to be launching new menus crafted by acclaimed guest chefs, on flights between New York and Paris or Milan, to be paired with a selection of organic wines curated by experts Bettane+Desseauve.

Since its inception, La Compagnie has collaborated with the former chef of Matignon—the French Prime Minister’s residence—Christophe Langrée, to elaborate menus that can accompany guests on flights throughout the year and the seasons. The airline continues to strive to offer travelers bold and refined gastronomic experiences, and since 2017, alongside Chef Langrée, La Compagnie has been inviting guest chefs to contribute their culinary savoir–faire, collaborating on signature dishes that perfectly complement the menu. Below a rundown of upcoming food & beverage programming:

Between New York and Paris– December 2022: two Michelin–starred chef, David Toutain, proposes Pressed Beef with mashed potatoes and eggplant caviar, along with Monkfish Stew served with a coconut lemongrass sauce and a carrot lemon balm terrine. The menu will be served for Christmas Eve onboard the flight to New York with Maison Bellorr who will be offering to add truffles or caviar to the meal to mark the holiday celebration.– February 2023: newly minted starred chef from Brazil, New York based Franco Sampogna will propose a Sea Scallop and Cauliflower Stew to continue ringing in the new year in the air.– May 2023: Marseille–born chef Frédéric Duca, of the restaurant Rooster Batignolles, will launch the summer season with a Marinated Salmon dish, seasoned with espelette pepper and accompanied by kumquat and a tarragon mayonnaise.

Between New York and MilanJoining chef Lorenzo Cogo alongside his appetizing Baccalà Mantecato onboard the new route between New York and Milan, highly acclaimed Italian chef partners of Bros, Floriano Pellegrino and Isabella Poti, created a menu featuring strong savory and sweet flavors; from Floriano’s Cauliflower with black garlic and horseradish, a preparation that is light yet satisfying and fulfilling, to Isabella’s decadent dessert, a Coffee and Hazelnut Tart, one of her favorite combinations and a nod to the famous Affogato.

“We cannot appreciate a meal without a good wine pairing. Natural wines are a new trend that is becoming increasingly popular in some of the most recognized and beloved restaurants, and we wanted to invite La Compagnie travelers to discover this new way of enjoying their food while sitting comfortably 10,000 meters above ground.” Thierry Desseauve, Bettane+Desseauve founder.

Eager to offer a different experience to passengers, La Compagnie seeks to encourage French winegrowers’ efforts towards more sustainable practices, while simultaneously improving the quality of their offerings onboard. With this selection, they are choosing to highlight both established wineries and smaller, independent producers.

Moxy Hotel to Open Next to Luxembourg Airport