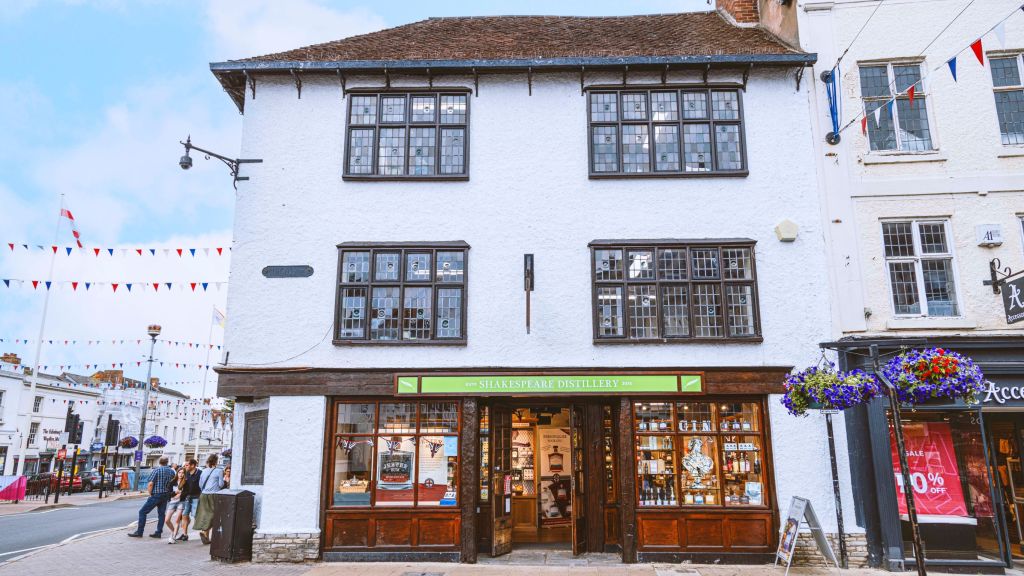 Shakespeare Distillery is excited to announce it is expanding its business in the town centre and opening a brand-new experiences space in September which will create an additional 6 jobs for the town. The independent artisan spirit producer is taking on a long-term lease at No 1 High Street in Stratford-upon-Avon which houses their retail shop on the ground floor. Initially seen as a pop-up shop, Shakespeare Distillery is converting two additional floors above the retail premises into a Rum School and Tasting room named ‘Judith’s’. It is due to the success of the Distillery Tours and Gin School at their other premises in Drayton Manor Drive, Stratford-upon-Avon that Shakespeare Distillery are adding a second site to fulfil that demand.

No 1 High Street occupies a fantastic retail and iconic location and was once home to Judith Shakespeare, daughter of William Shakespeare. Shakespeare Distillery products are of course inspired by the Tudor period, which is ingrained in the history of the town. The cellar within the building is said to have been part of an early gaol known for a period from c1470 as The Cage. Judith’s will open mid-September to coincide with Stratford-upon-Avon Food Festival which takes place from 16 – 18 September. During the festival Judith’s will be open to members of the public so they can explore the new space. The team will be on hand providing samples and will even run a series of free mini cocktail classes for all to enjoy.

Peter Monks, Director at Shakespeare Distillery said “Stratford-upon-Avon is once again a busy and vibrant town after the pandemic and so now presents the perfect opportunity for us to expand our business. Having premises in town will make it easier for our customers to try our products and it also gives local residents the opportunity to visit with their friends and family. We look forward to starting an exciting new chapter, not only for the Distillery but for this historic building!”

Shakespeare Distillery have been successfully distilling Gin for the last six years on their own premises and began distilling their own brand of British Rum in 2021 creating a White Rum named ‘Jester’ and a Spiced Rum to add to their portfolio of premium, handcrafted products. Whilst the gin boom in the UK continues there are signs that the rum market is starting to grow at a faster rate. Shakespeare Distillery are one of a small handful of UK distilleries to create their rum onsite and there are only a small number of Rum Schools in the UK.